Every major section of the Relentless Epic Mono Amplifiers – power supply, input, driver, and output stages – have all received improvements. A new power management topology further isolates the power supply from the entirety of the audio circuitry. This measure provides extra protection from the noise the massive power transformers can generate.

The Relentless Epic and Epic 800 employ an all-new, fully complementary topology based around a precision input stage. This input stage maintains an essentially perfect balance between the positive and negative components of the signal. Any distortion artifacts that appear on one half of the signal will also appear on the other half, and thus cancel each other. Gain circuits operate in the current domain, assuring the amplifiers’ performance does not fluctuate regardless of the speaker demand. In the Relentless Epic and Epic 800 amplifiers, new input stage devices deliver a 300% increase in current as compared to the previous devices. These wider bandwidth, higher power components extend low as well as high frequency performance with reduced distortion in both frequency extremes. Global negative feedback is not employed, nor is it required. The amplifiers’ open-loop linearity eliminates the need for this performance-robbing technique. 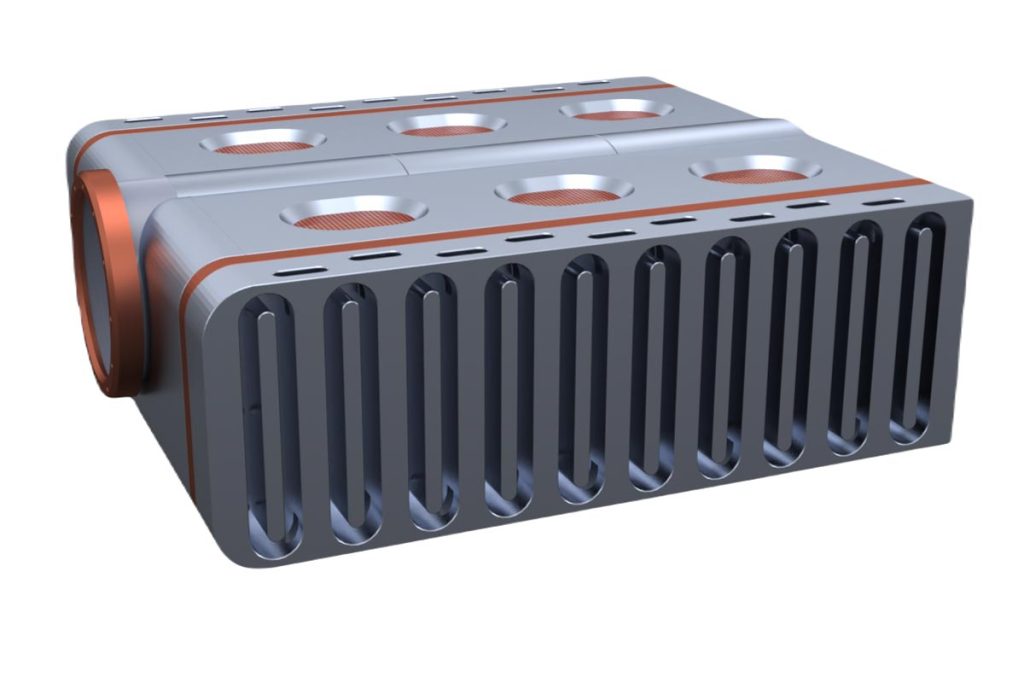 A critical element of any amplifier output topology is the driver section. In the new Relentless Epic and Epic 800 amplifiers, the developers upgraded the driver transistor. The new device handles 33% more power per device. Additionally, the driver transistor count has doubled thus minimizing demand on each individual device. Additionally, this lowers overall amplifier output impedance without resorting to global negative feedback. Individual transistors handle the positive and negative signal elements in an inter-digitated complementary arrangement. This nearly doubles the current drive necessary to maximize the enhanced output stage that follows.

The output stage features the same new transistor as in the driver section for sonic as well as technical consistency. Individual complementary pairs undergo our transistor matching protocol to ensure that gain linearity is virtually identical from 50mA to 5A. Additionally, every one of the 112 (Relentless Epic) or 84 (Relentless Epic 800) output transistors used is measured and only devices that match the required performance specifications are included in the production of Relentless Epic and Epic 800 amplifiers.

The high-output transistors used in the Relentless Epic and Epic 800 are among the fastest available. These high-powered transistors mount with two stainless steel fasteners – a rarity among ﬂat-package transistors. This results in maximum thermal transfer to the copper heat sinks. A capacitor/resistor network connected to the base of each transistor guarantees stability even at high frequencies and with low-impedance speakers. As with all D’Agostino models, the Relentless Epic and Epic 800 amplifiers feature discrete, direct-coupled balanced circuitry – the most accurate circuit platform possible.

The core of the Relentless Epic Amplifiers’ power supply is a transformer that uses multiple sections running in concert, all potted and encased in a metal shield. This design reduces transformer noise to near zero and protects the audio circuitry from the transformer’s magnetic field. A special holder mechanically grounds each capacitor eliminating vibrations. A slow-start circuit activates the power supply in stages, eliminating concerns about capacitive in-rush tripping household circuit breakers. 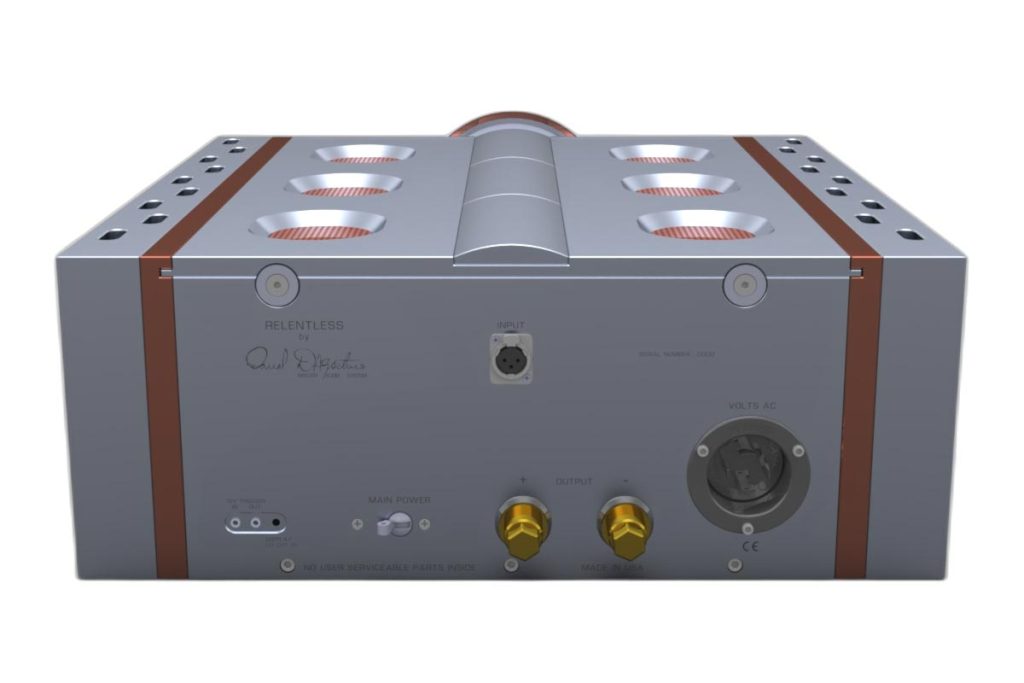 D’Agostino’s exclusive Super Rail concept makes maximum use of the incredible resources of this power supply. Super Rail employs higher voltage rails in the sections prior to the output stage, effectively “turbocharging” the amplifier and exploiting the full capability of the output voltage rails—which improves dynamics, lowers distortion, and tightens the amplifiers’ electrical grip on the speaker.

The Relentless Epic and Epic 800 Amplifiers’ unique heat sink combines copper and aluminum in a thermal engine that wicks away heat from the connected devices. The elaborate elliptical design expands on the venturi heat sink first explored in the Momentum series. It makes certain that the Relentless Epic amplifiers run safely as well as reliably even when delivering its full rated power. Thermal, short circuit, and DC protection are included in a non-invasive but comprehensive defense against any external system faults.

The entire chassis of the Relentless Epic and Epic 800 amplifiers are machined from solid aluminum, for superior shielding, thermal stability and vibration damping. High-precision milling allows the entire chassis to fit together solidly with no visible fasteners.