Known simply as the “Manger”, the loudspeakers from Manger Audio are famous throughout the hi-fi world. Almost every enthusiast has seen one of these high-tech, wide­band devices somewhere around and wondered why it looks so very different to all other speaker chassis. They have presumably also asked themselves how such a contraption is able to produce all frequency ranges apart from the lowest bass. 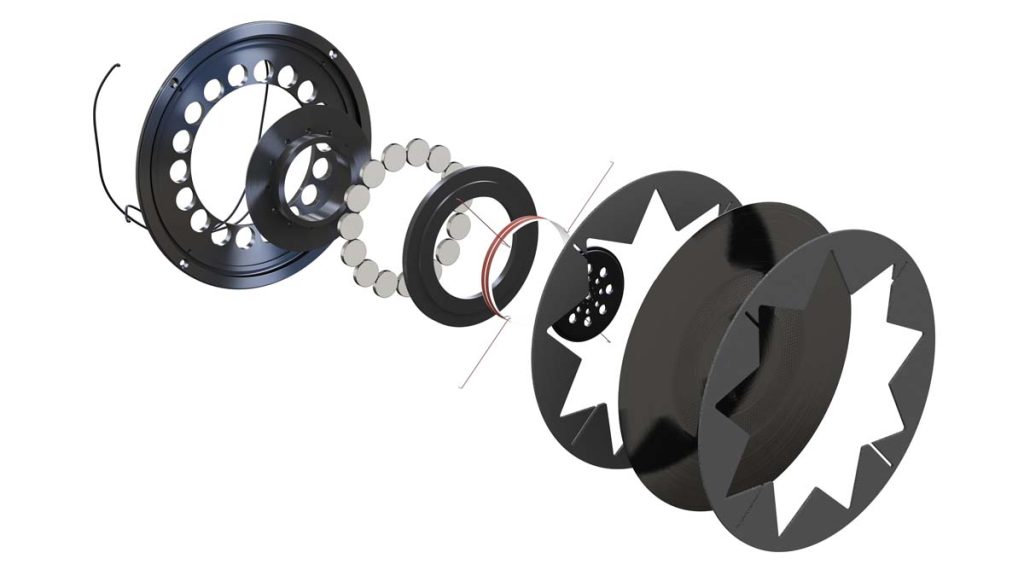 Manger Audio, the company that makes this possible, will soon celebrate its 50th anniversary. Based in Mellrichstadt, the firm is a haven of skilled craftsmanship. Each chassis produced by the six-man workforce is exclusively made up of hand-crafted components of German origin, making each product a modern paragon of the “Made in Germany” label.

“Manger — Precision in Sound” is the company’s motto, and this precision is even mirrored in the choice of its in-house font Regarded as the Swiss watch of sans serif typefaces, “Frutiger” embodies the high standards the company expects of its own products, both in manufacturing precision and sound quality. From the very beginning, the goal of Manger Audio’s development activities was authentic, natural sound reproduction, and this has become the company’s acoustic trademark. Over the years, the company has gained an excellent reputation among high-end fans and professional musicians, both in Germany and across the globe. And the high-end market will remain Manger Audio’s main focus in the years to come.

Josef Wilhelm Manger, father to the current owner, Daniela Manger, and who sadly passed away in 2016, began his acoustic research activities as far back as 1968. He had observed that even the best loudspeakers of the time were unable to recreate anything resembling a live experience. Determined to find out why, Josef W. Manger began evaluating various speaker chassis using measurement tools and the human ear itself. Even though there were only small differences between the frequency responses of the tested systems, they all sounded completely different. Searching for the reason, Manger discovered serious discrepancies between the step responses of the various drivers, i.e. differences in timing. The real problem seemed to be that the various frequencies emanating from a sound event were not radiating from the speakers at precisely the same time, which explained the differences perceived by listeners. 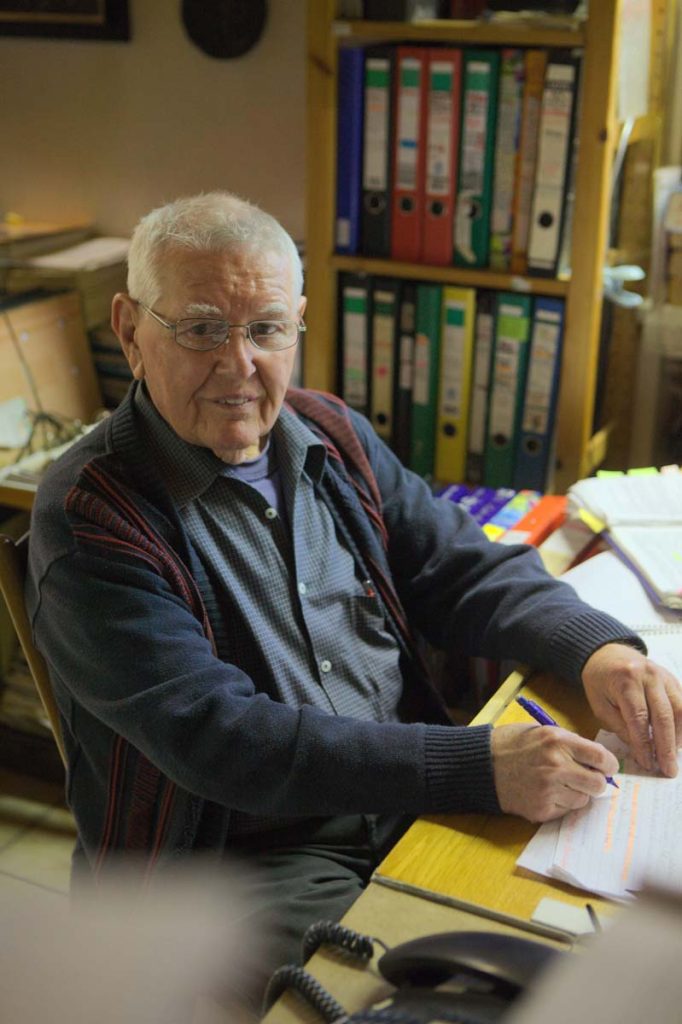 There are evolutionary reasons why human hearing is particularly sensitive when it comes to identifying temporal structures — in prehistoric times, locating a potential threat was vital to survival. Convinced that there had to be a solution, Josef W. Manger began to search for alternative approaches and materials, applying for his first patent as early as 1969. This is also the year in which Manger Audio, initially located in Arnstein, was established. A series of meticulous and time-consuming experiments finally revealed that the main barrier to authentic sound reproduction was the fast movements of the tweeter rather than the slow movements at the bass end. Finally in 1974, the first “Manger” was born. In 1978, the “Manger Sound Transducer” and “Manger Sound System” were registered as trademarks in Germany.

After a wide range of tiny, evolutionary changes, the Manger sound transducer entered small-scale series production in 1990, at the company’s current headquarters in Mellrichstadt. The new chassis was used in the company’s own Zerobox line of speakers and also supplied as an OEM component (to Audio Physic and Audio Quasar). It proved to be a popular component in ambitious DIY speaker projects as well, but the company soon withdrew from this particular market. In 1991, Josef W. Manger passed the company reins onto his daughter Daniela, a graduate in communications engineering. Although officially retired, the tireless inventor continued to devote his time to development work. Among other things, he created an innovative microphone technology, for which he was granted a patent in 2010. Managed by his daughter, the company refined the original Manger sound transducer into that unique and renowned product that the audio world is familiar with today. 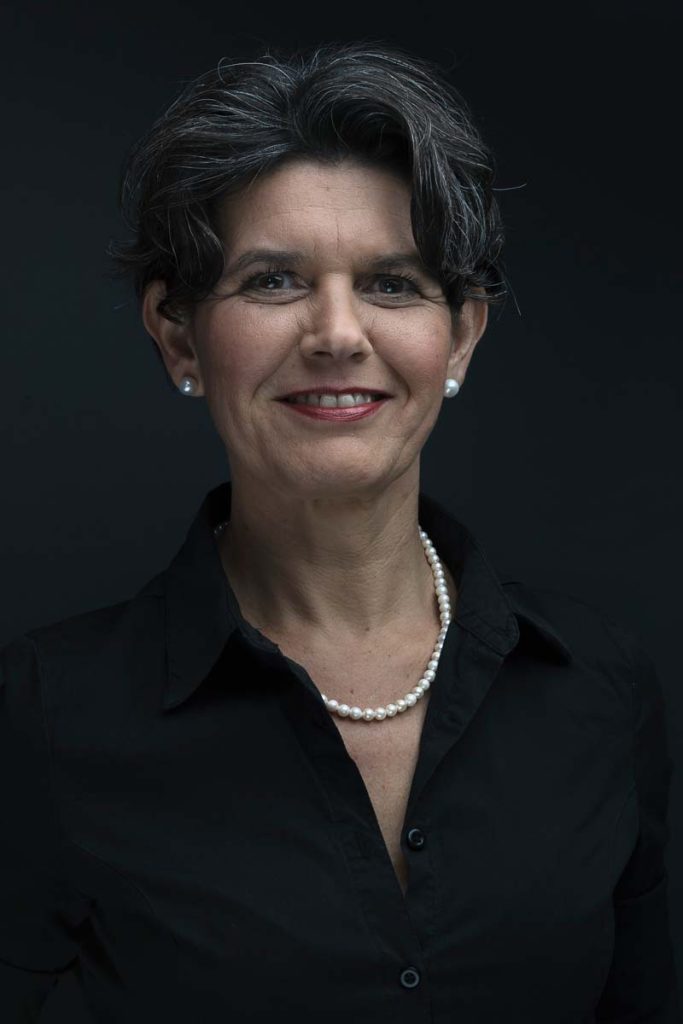 The Manger sound transducer is a bending wave transducer that works in a similar way to the basilar membrane in the human ear. Varying in terms of rigidity, the various areas of this membrane are stimulated by different frequencies, as is the case with the Manger sound transducer. High frequencies are replicated in the inner area of the Manger membrane and low frequencies at the edge. Unlike conventional speaker chassis, the driver doesn’t store any energy that can lead to timing errors that distort the sound. This complex construction results in a virtually perfect impulse behavior, with no transient errors whatsoever. Every Manger sound transducer has 8 hours of manual assembly behind it before reaching the final testing stage. The company archive contains the test report for every sound transducer it has manufactured since 1974. Only one speaker version is produced at any given stage of product maturity, with no individual modifications. This ensures that customers always receive the currently best-possible and most advanced product. The complexity of the manufacturing process means that the Manger sound transducer can never be a low-price product. Its outstanding quality is underscored by the elegant “form follows function” design of both the Manger chassis and the fully-assembled speakers.

Like any non-mainstream product, the Manger sound transducer polarizes opinions, with its fans claiming (quite rightly) that there’s no real alternative on the market, and more skeptical voices complaining that it sounds very different to a conventional speaker (which is also correct). Among professional musicians, however, there is general agreement that the studio monitors made by Manger Audio are among the best of their breed. There are many anecdotes supporting the authenticity of their sound. While listening to a performer whistling part of the melody, one reviewer reported that his cat arched it back and hissed at the loud­speaker, vainly attempting to locate the offender. On another occasion, the jazz trumpeter Wynton Marsalis was being played on the company’s speakers at a Frankfurt trade fair when a man raced up to the Manger Audio stand in the firm belief that he would see the great man performing in person. 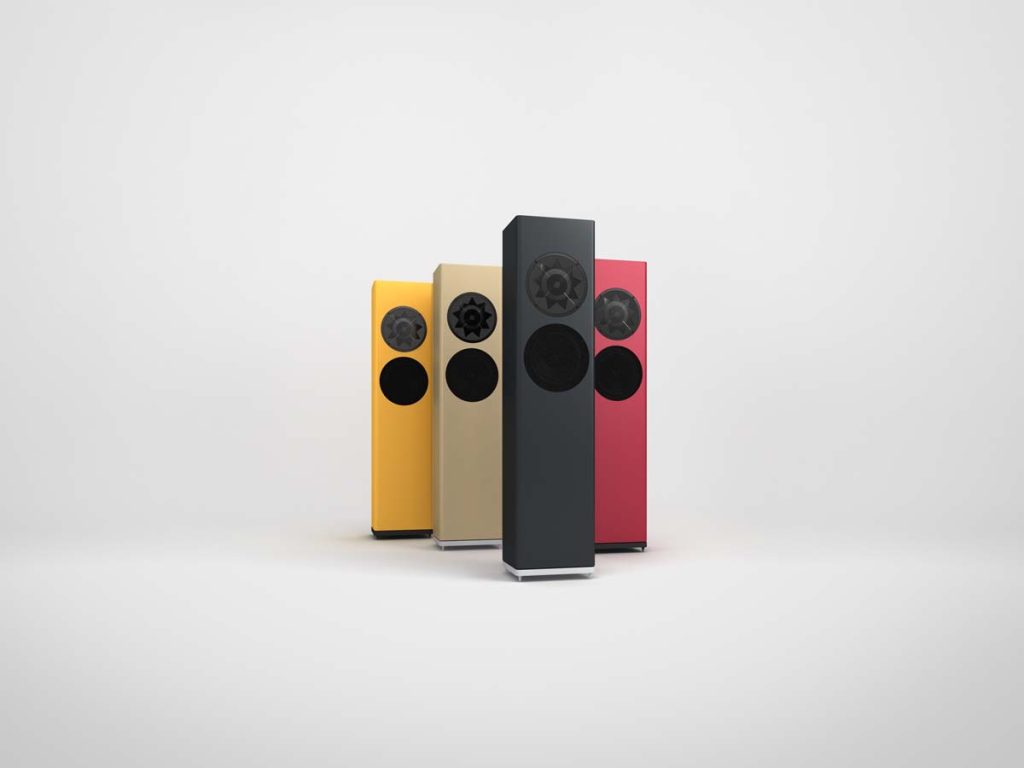 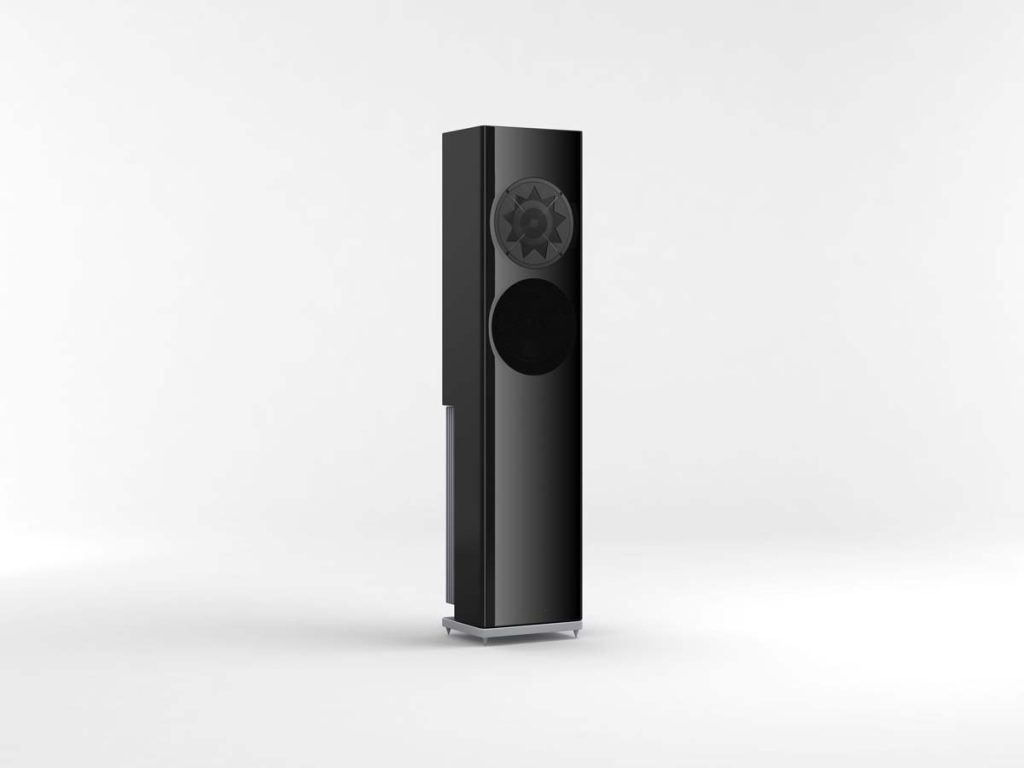 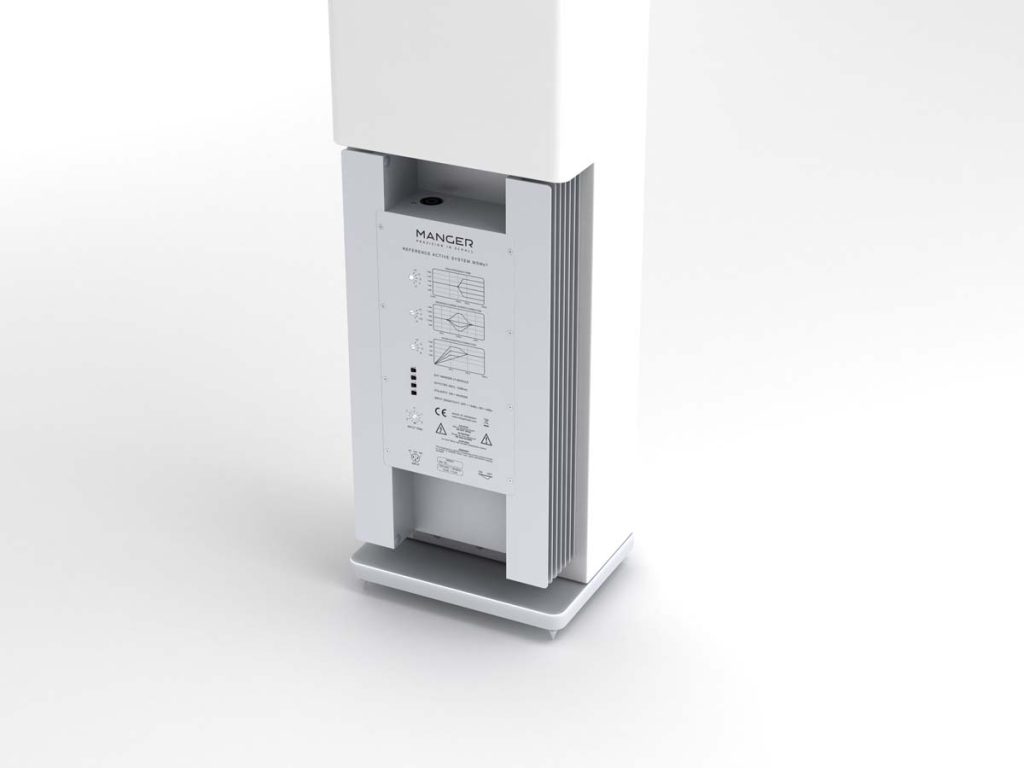 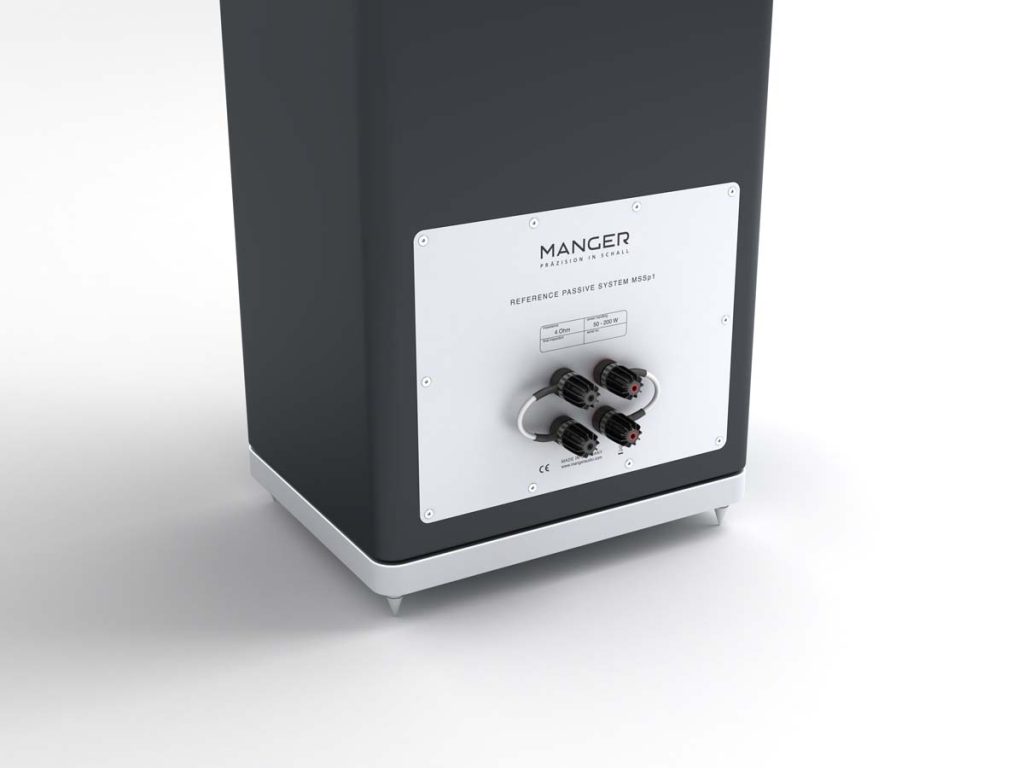 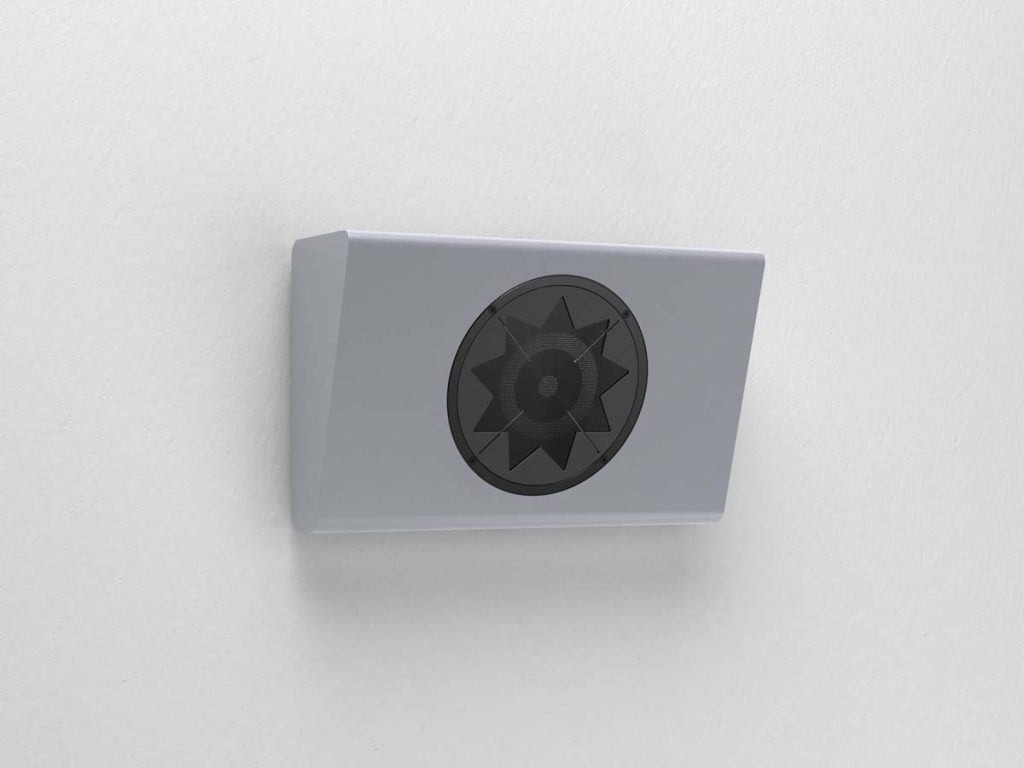 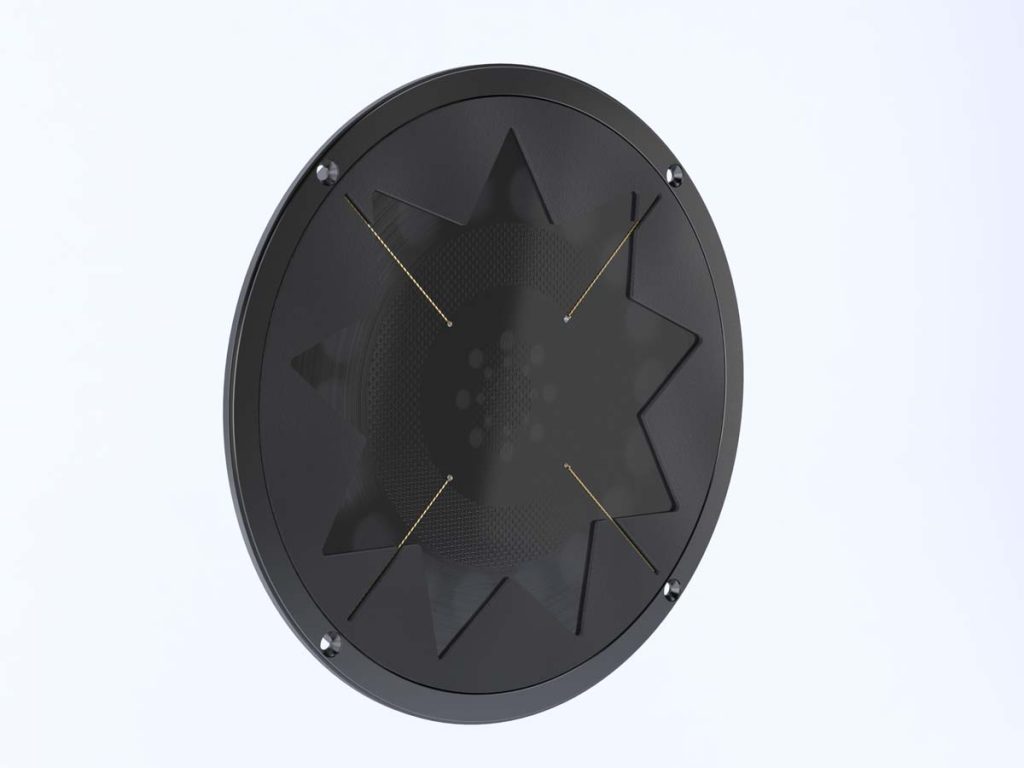 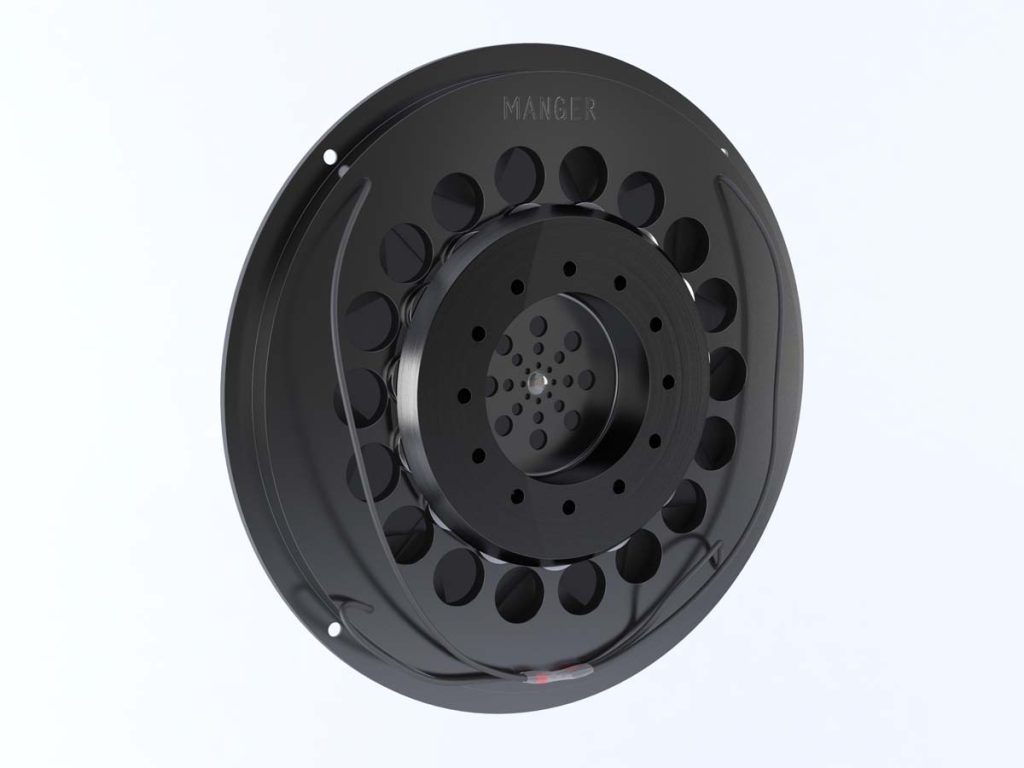 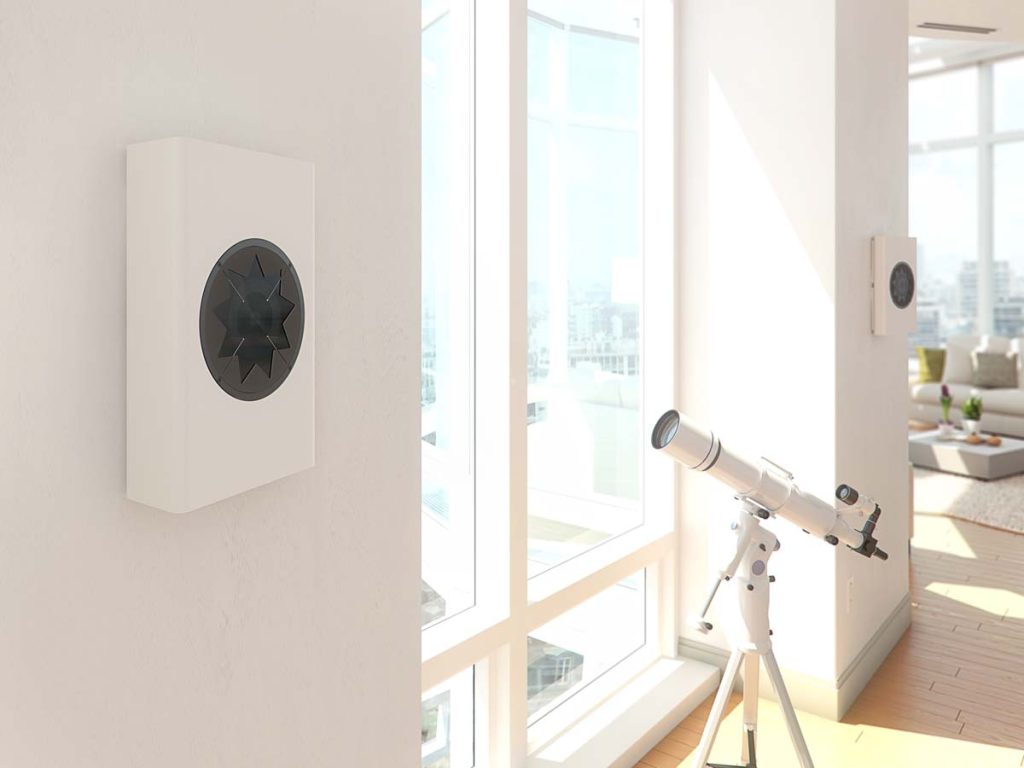 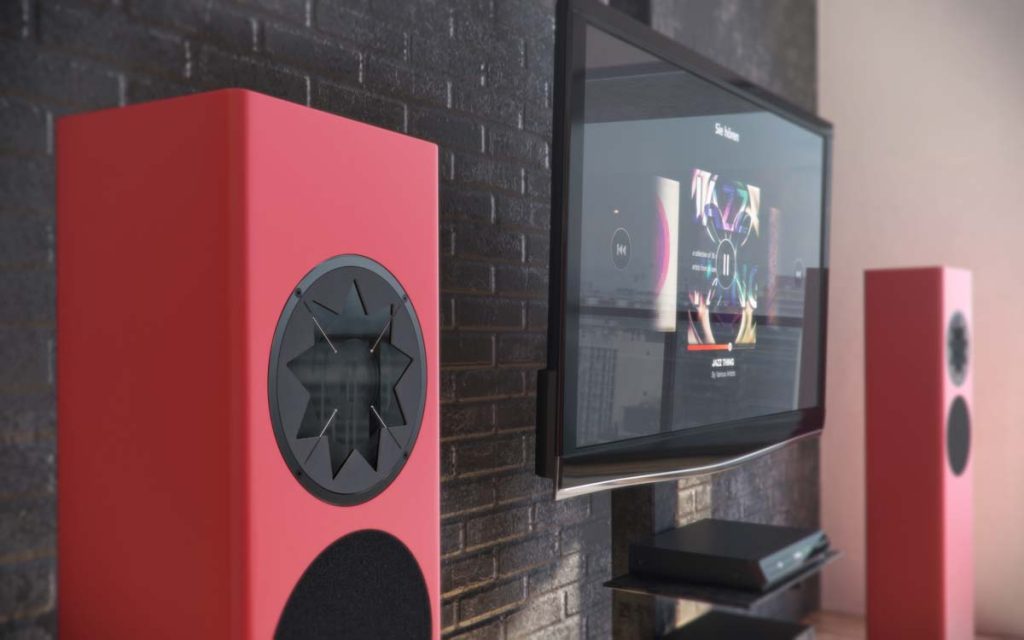 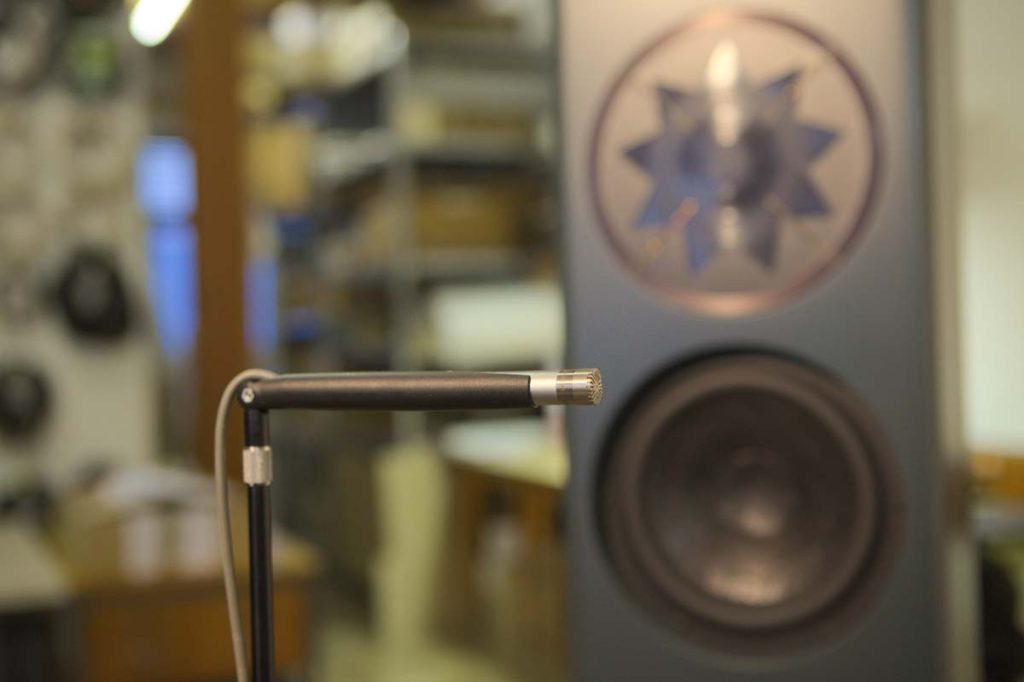 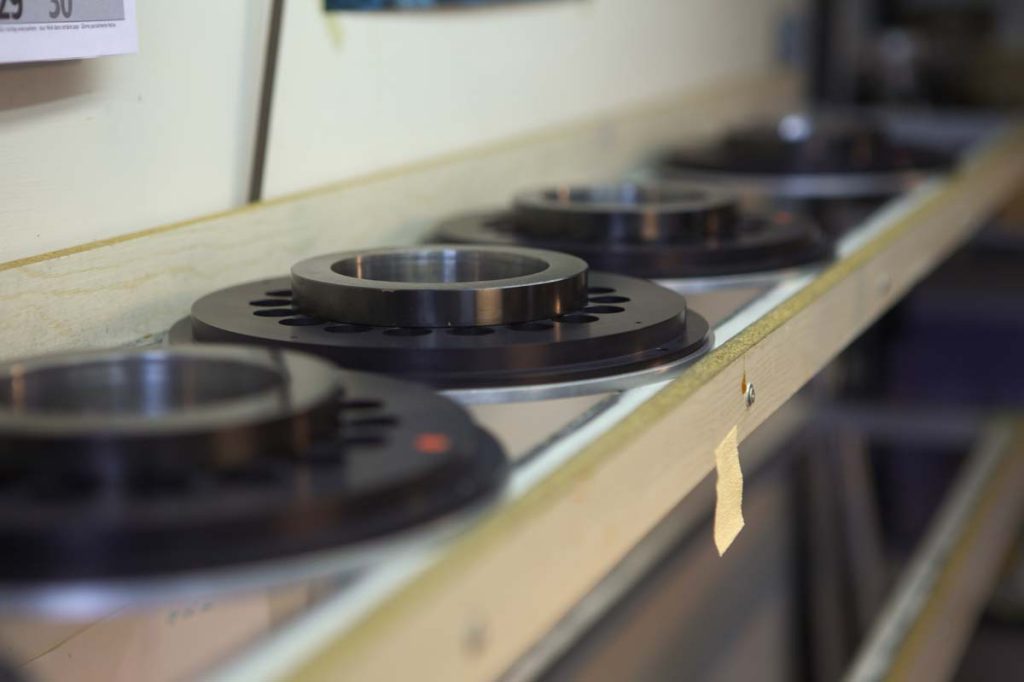 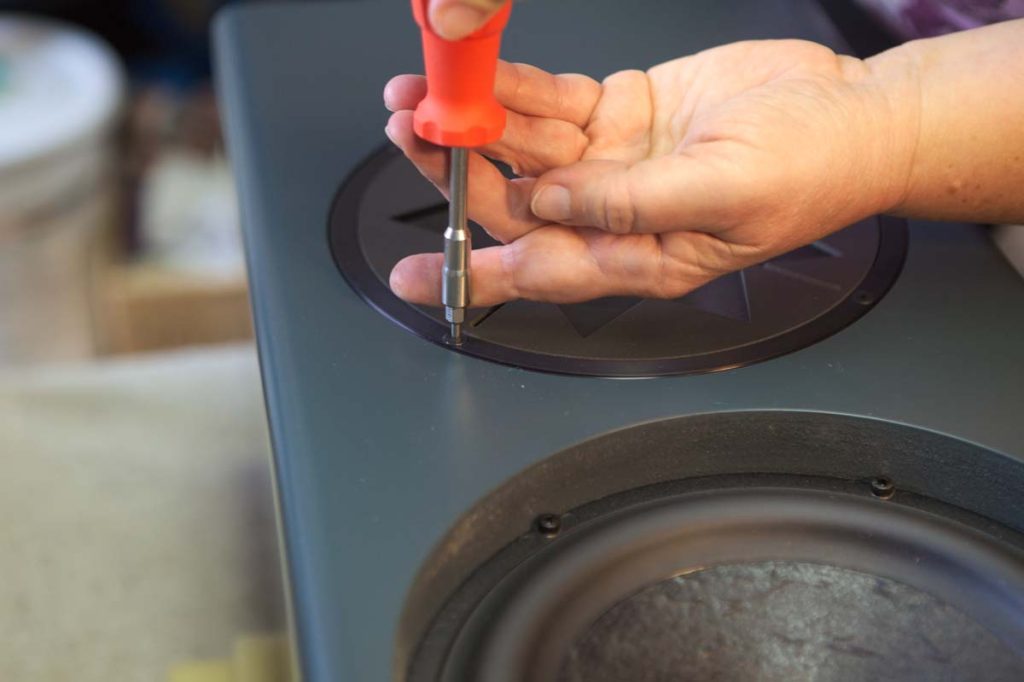 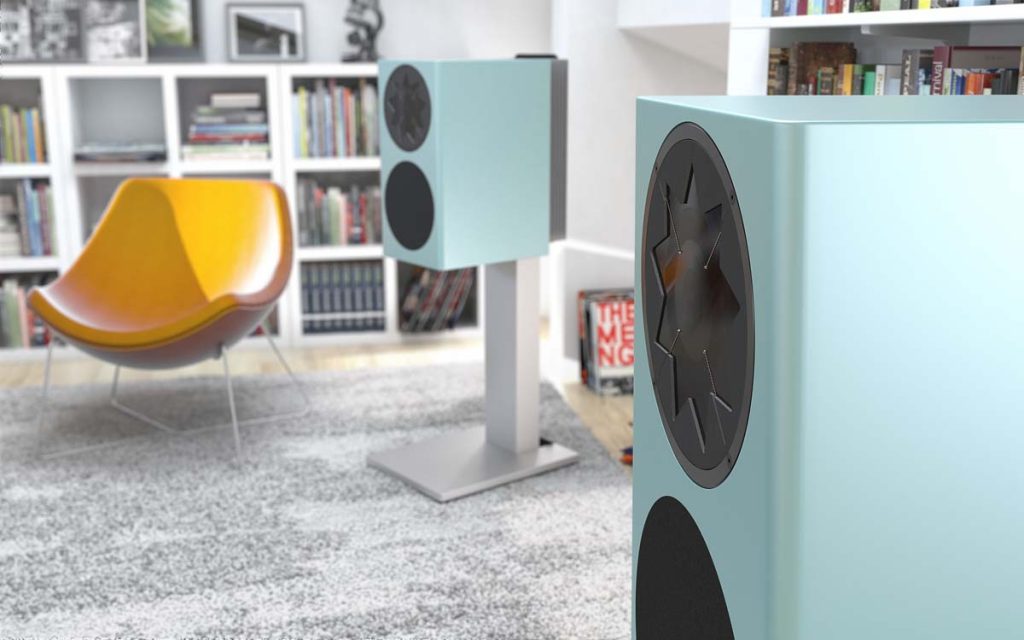 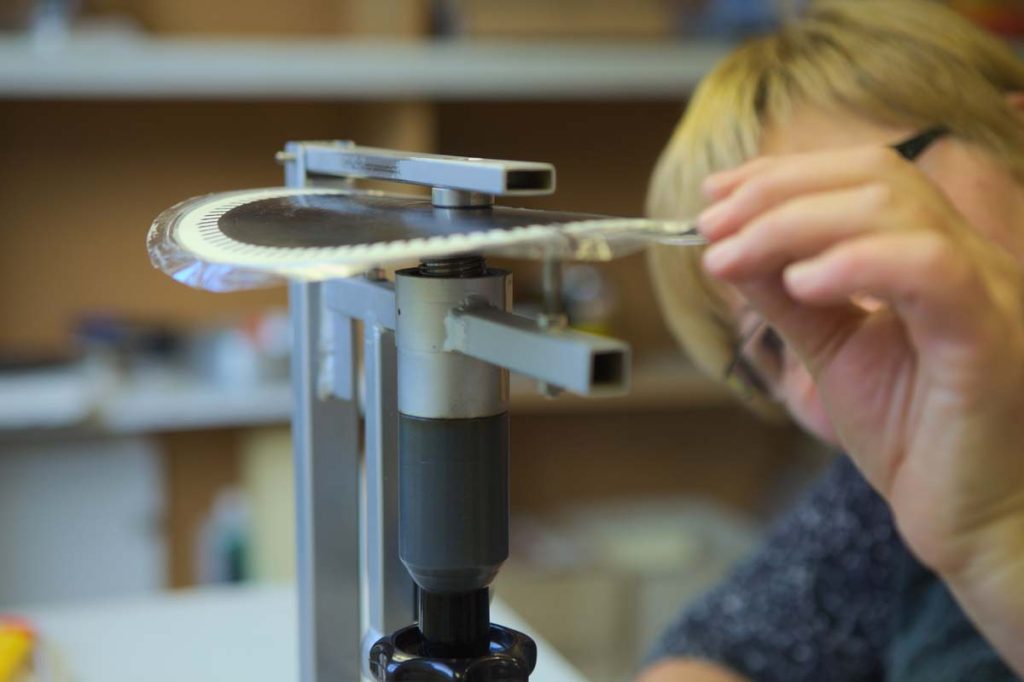 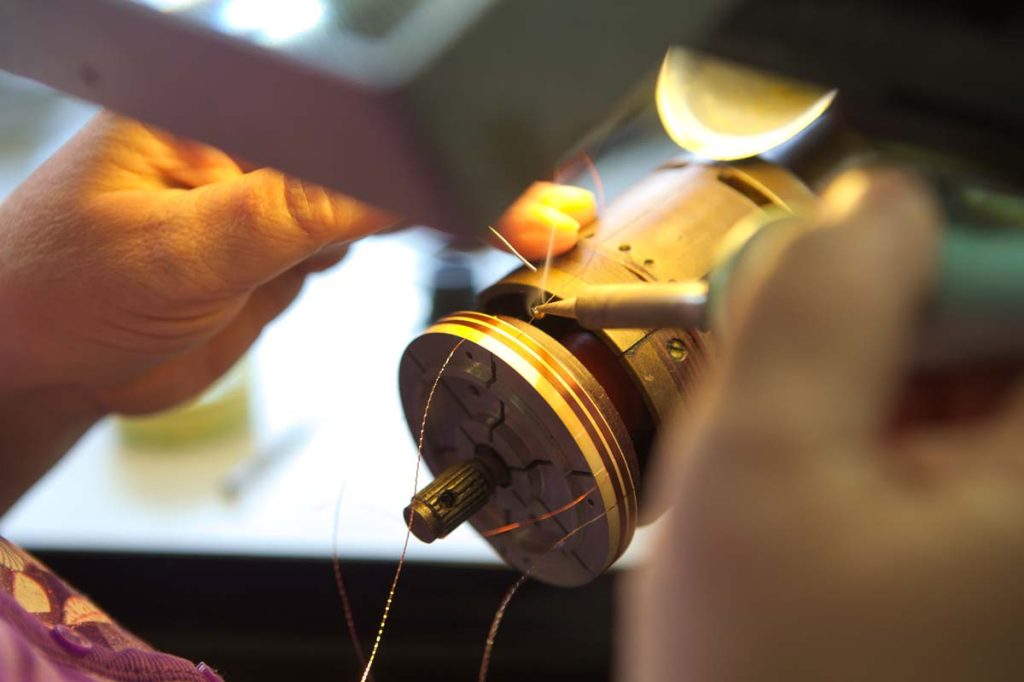 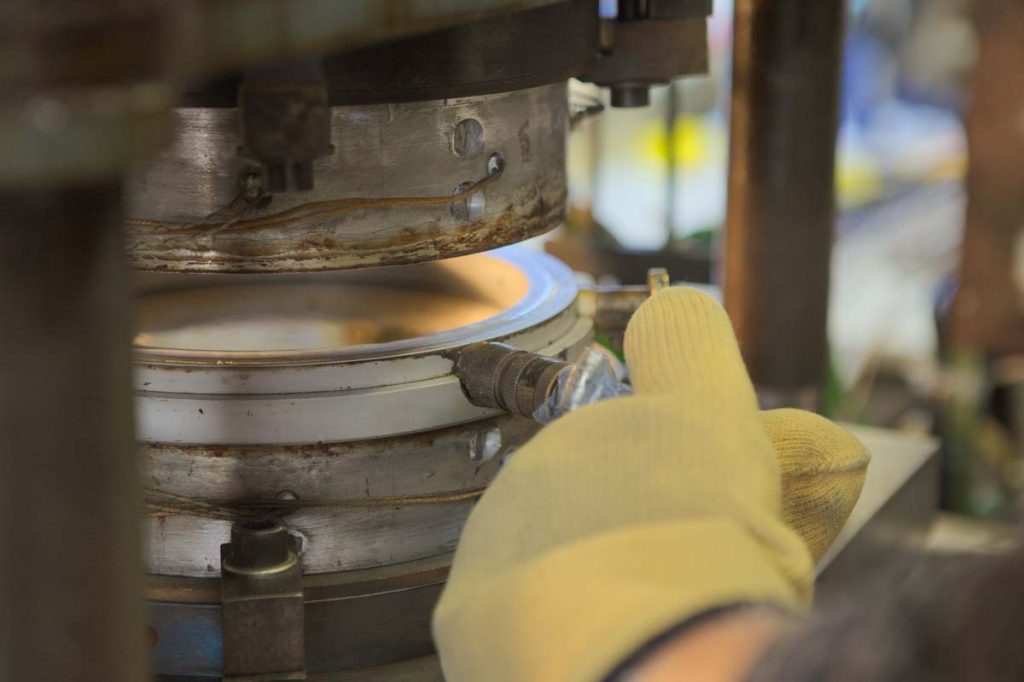 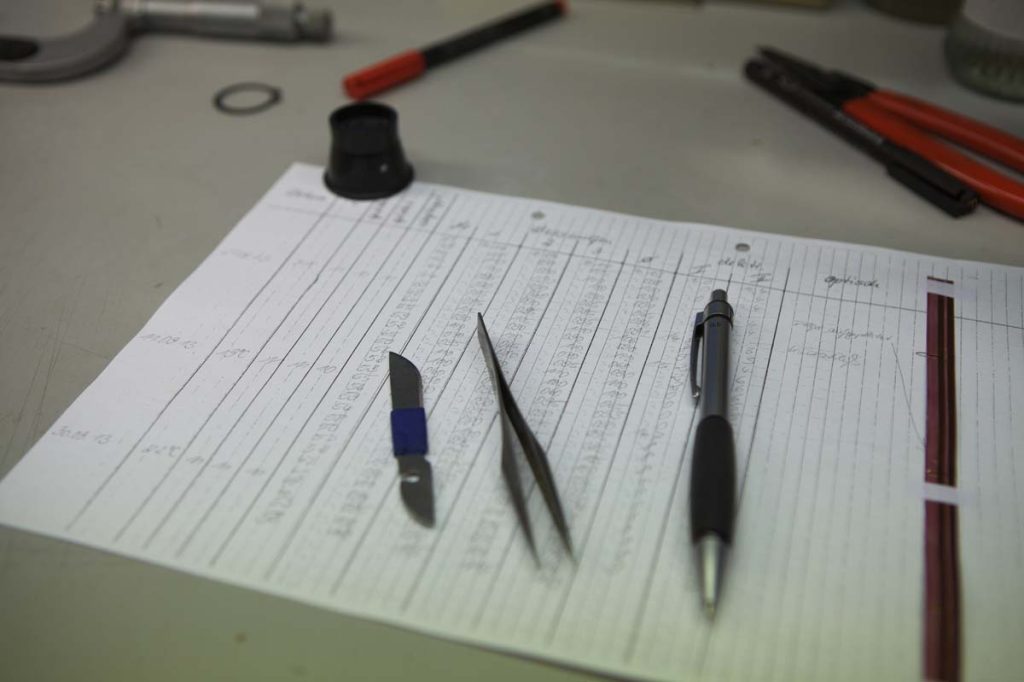 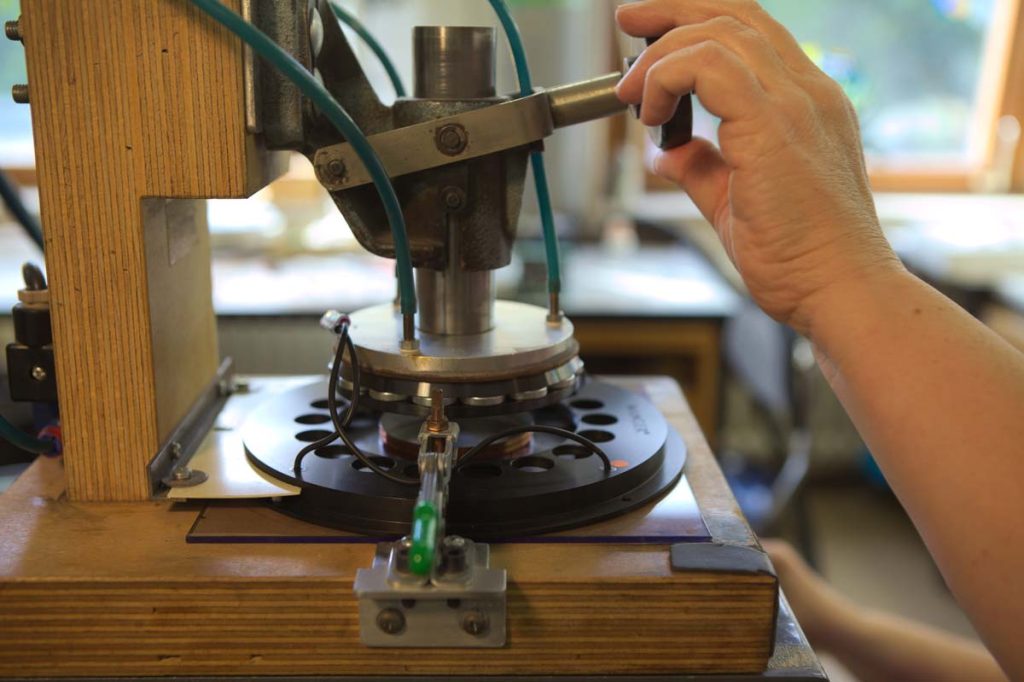 There is still a good deal of development potential inherent in the Manger sound transducer principle, and we can expect this renowned manufacturer from Mellrichstadt to enrich the market with additional exciting products.

Volume up or down? A very quick interview with Daniela Manger, CEO, where we wanted her to respond as fast as possible.

Volume up or down? – Down.
Analog or digital? – Digital.
Tube or transistor? – Transistor.
Vinyl or download? – Depends on the occasion and the mood I’m in.
Cross-country run or gym? – Cross-country run.
Trends or tradition? – Tradition.
Tea or coffee? – Tea.
Salad or steak? – Sometimes steak, sometimes salad.
Wine or beer? – Wine.
Mountains or the sea? – The sea.
Book or screen? – Book.
Jazz club or opera house? – Jazz club.
Bach or Beatles? – Depends on my mood.
Wagner or Wacken? – Neither.
Stand-by or plug out? – Pull the plug.