An Expert for Disposing of Defects

The Subbase Audio Composant S / GroundBox system is a Master Plan That Takes a Compelling, Step-by-Step Path Toward one Goal – the Music. 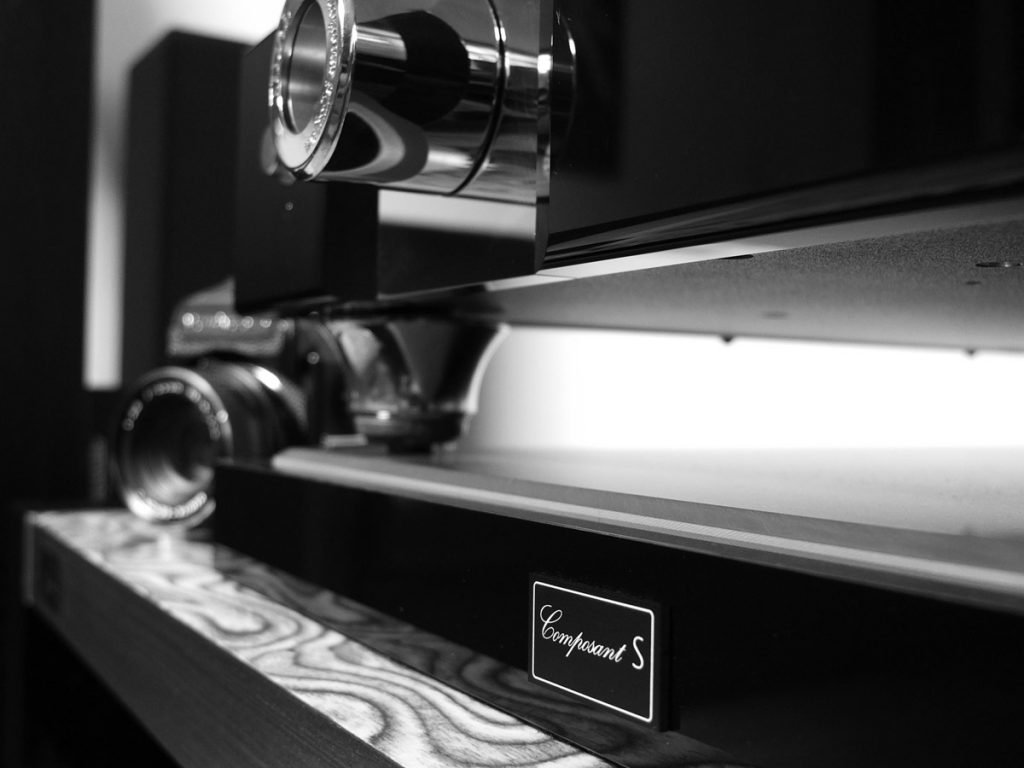 Thomas Schlipper launched his company Subbase Audio Manufaktur in 2004. The first product, the versatile speaker base “écho”, is still part of its range — continuously refined and optimized, as all products from Subbase Audio have been. Having garnered multiple positive ratings, écho bases provide a very effective decoupling of the speaker from the ground while simultaneously ensuring its feedback-specific coupling. Along with the continuous further development of existing products, there are always new concepts being realized in the ever growing product range of the manufactory, based in an old manor in the city of Neuss. The philosophy followed by Schlipper is obvious and compelling: When defects occur at different positions in the playback chain, at one point it will no longer be possible (or it will be very difficult) to extract the ever compounding sum of individual defects from the signal. And when listeners no longer hear the signal itself but the signal + defect + defect + defect etc. then the only option is to take action using a coordinated approach and the deployment of multiple, closely integrated measures.

Subbase Audio has thus devel­oped a comprehensive concept that completely eliminates these cumulative interferences and re­stores the signal to its defect-free, genuine audible form. Schlipper provides a self-contained system that gives users the ability to elim­inate the defects in the playback chain one by one, or component by component.

Once the speaker bases were realized, other key steps included the development of the component base Composant S, which is now available in a totally new version, as well as the GroundBox, which, as one would expect, is also the result of a completely proprietary development.

A hifi system made up entirely of Subbase Audio products thus comprises écho speaker bases (possibly with the separate speaker feet), a Composant S under each component (with CF feet under the components to connect to the bases) and a GroundBox, which “links” all connected Composant S bases to the ground via the outlet.

Subbase Audio has continued to refine the Composant S to a significant degree and, with the current version, aims to not only have solved the problem of coupling resonance frequency, but to an even greater degree, the problems arising from the electrical and electromagnetic faults from the components themselves. The new base thus uses an electromagnetic damping developed in-house, which Schlipper claims reduces these defects by up to 80 percent. Furthermore, he has even found a way to influence the emerging electromagnetic fields in such a way that they themselves can interact harmoniously with the components. In the age of ruthless copycats in the market, it is understandable that the Subbase boss doesn’t wish to disclose any further details. 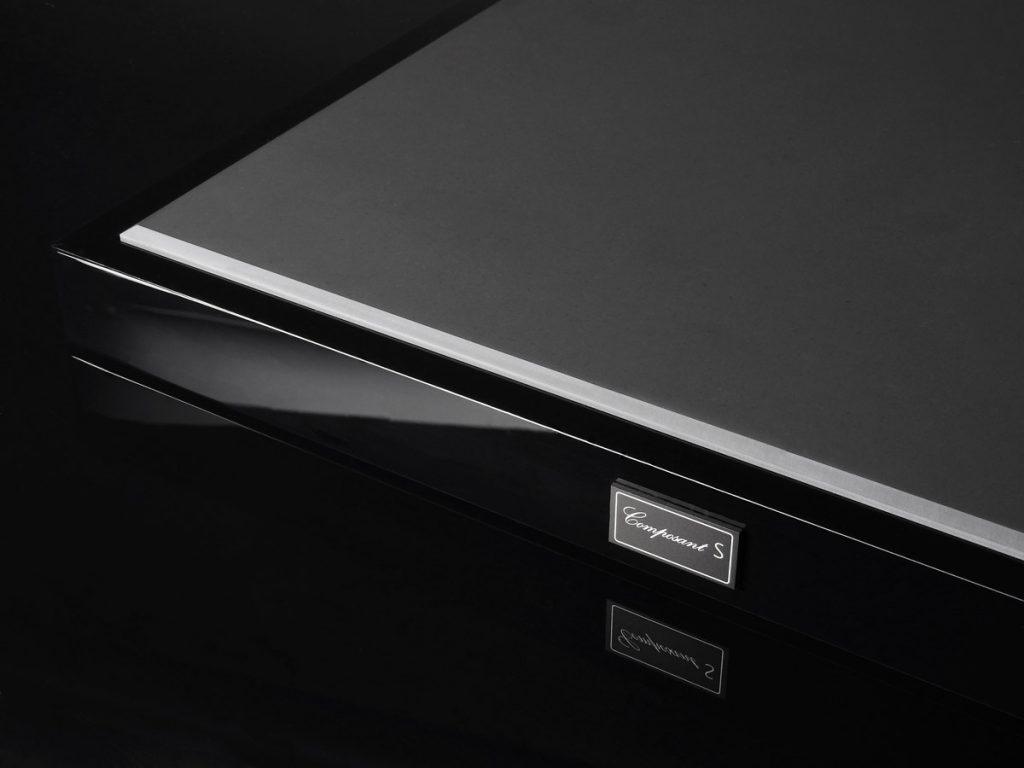 While I am certainly repeating myself here with regard to Subbase Audio products, I just have to say it (again): The perfection in terms of production and finish of all of its parts is simply captivating. Composant S, GroundBox and CF component feet and even the required connecting cables are incredibly well made. Just a touch of the impeccably crafted surfaces — or rather a stroke — and you will immediately see what I really mean. This simply fantastic workmanship is unrivaled, even when compared to its own price class. Granted, none of this would be significant if the products didn’t have a positive impact on the music. But this is precisely what they do have — and how!

Before we dive into the music, however, just a few words about the second test candidate, the new GroundBox. Schlipper realized early on that the issue of grounding plays a very important role in his overall concept. Interference currents have an immediate negative effect on the signal current and cause additional defects in the sound. Potential currents can thereby be “offset” among themselves through the signal conductor ground of the components, for instance. This is where the GroundBox comes in: A star­shaped connection concept, it eliminates these influences on the signal current and simply conducts them to the ground via the outlet.

Each component in the chain stands on its own Composant S base, is coupled with the CF feet and connected to the GroundBox through the port on the back of the base, which then produces the grounding itself via the outlet. Just a few short adjustments are enough to properly position the CF feet under the components — it doesn’t take long to find the ideal arrangement. And now to the music! 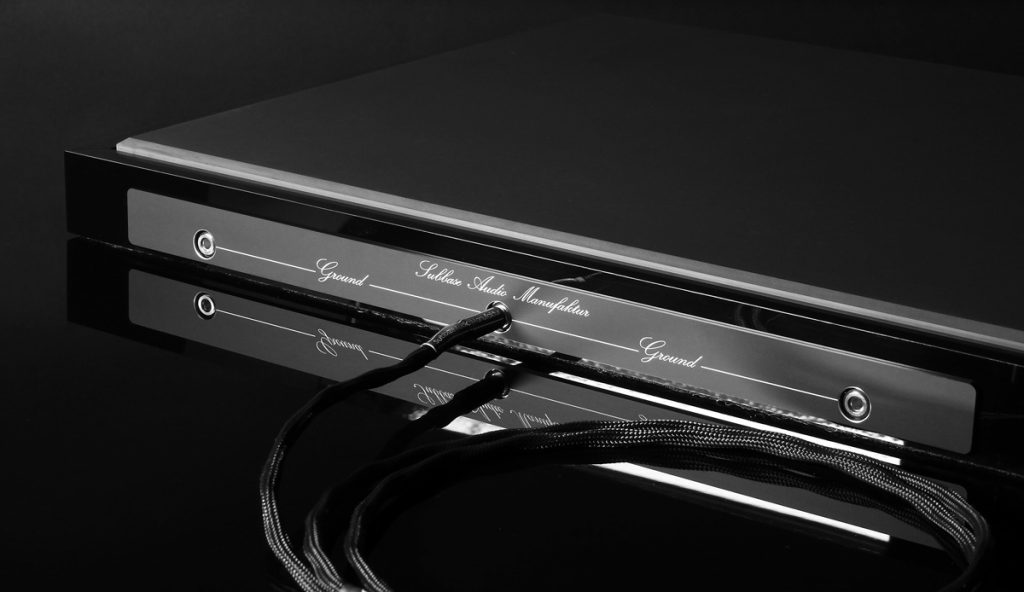 The AcousticPlan Vadi rotates through the complete recordings of Beethoven piano concertos, performed by Pierre-Laurent Aimard, and accompanied by the wonderful Chamber Orches­tra of Europe under Nikolaus Harnoncourt from 2003 (Teldec Classics).

It is evident in this first piano concerto by Beethoven, student of Haydn, that the spirit of Mozart is (still) practically hovering over his young genius: The sound erupts in a figural and passage fireworks, demanding virtually perfect technical skills of the interpreter, and which already reveal the incredibly great talent of the composer. Extraordinary both in terms of composition and pianistic skills — and noticeably enhanced by the products from Subbase Audio.

Again and again I can detect a more clearly defined, significantly perceptible tranquility in the overall musical reproduction. Aimard’s solo passages emerge serenely as if hewn from a rock solid foundation; free of minimal impurities and miniscule sharp edges, they are integrated differently into the orchestra’s tonal structures that have actually somewhat increased in dimension. I am not talking about a softening effect or even a force that initially feels positive but is actually based on impertinent filtering — it is truly a consis­tent and clearly verifiable harmonization of the work’s intrinsic structures and intentions. 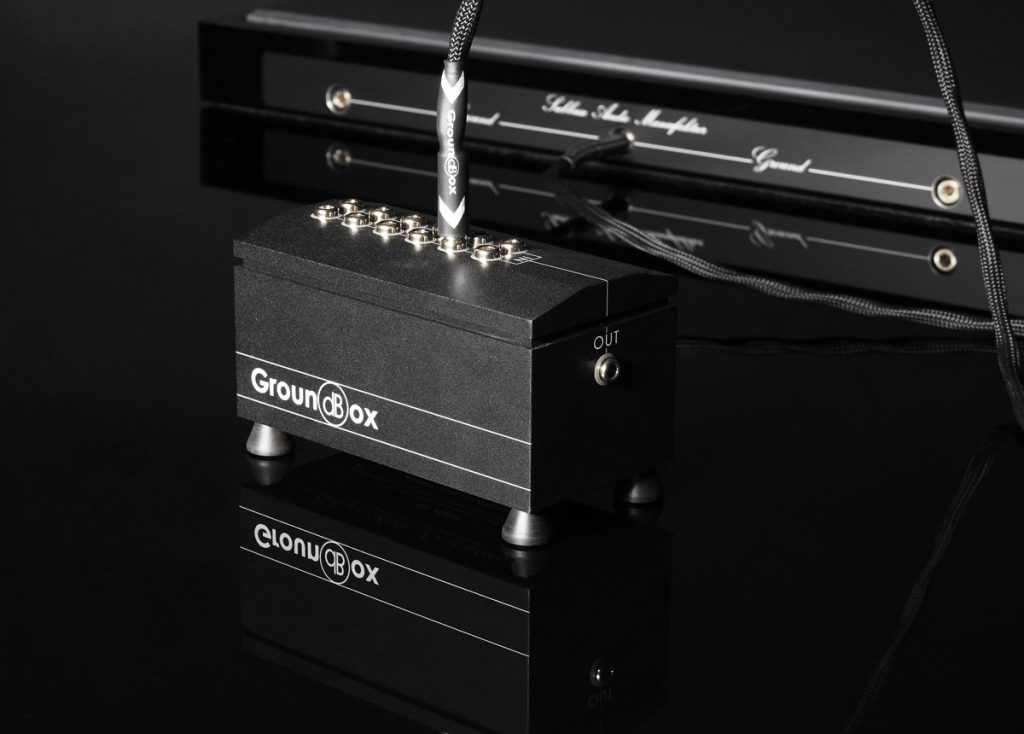 As always with test runs such as these, removal of the test subject is the most certain way to exclude any suggestive effects: Pull the plug of the GroundBox from the outlet and it is immediately clear to me what was “there” before and is now missing.

A second musical test with the recording Sacred Arias: Dorothee Mields and the Concerto Melante play the vocal and instrumental works of northern German composers from the 17th century. The soprano is considered one of the leading interpreters of 17th and 18th century music and this production, consisting of previously unknown pieces, represents a true masterpiece for listeners. Released in 2008, the Concerto Melante was named by the ensemble after Georg Philipp Telemann, who formed the pseudonym “Melante” anagrammatically from the letters of his family name.

The cantata “Aus der Tieffen ruff ich, Herr, zu Dihr” [Out of the depths I call, Lord, to You] by Christoph Bernhard (1627–1692) makes it very apparent for the listener that the use of the bases and the GroundBox produces an enhanced differentiability between vocals and accompanying musicians in addition to the musical tranquility already described. Here too, the lack of minor playback-based irregularities results in a more distinct musical flow, one which particularly yields a much better intelligibility of the soprano’s voice. Naturally, this benefits the musical piece overall, in which we experience the merging of a gripping Biblical psalm verse (Psalm 130) with the higher realm of vocal artistry and with which the composer, a long-time representative of his great mentor Heinrich Schütz in Dresden, hopes to give us an exemplary snapshot of the epoch of upheaval and awakening in the mid-17th century.

What is the bottom line? Every step in the overall concept by Subbase Audio is clearly comprehensible. The products in their entirety represent a virtually perfect foundation for the nearly flawless reproduction of music — regardless of which equipment produces it. Because the Subbase components are also made with such exceptional craftsmanship, it can certainly be said that an outstanding price-performance ratio is provided. 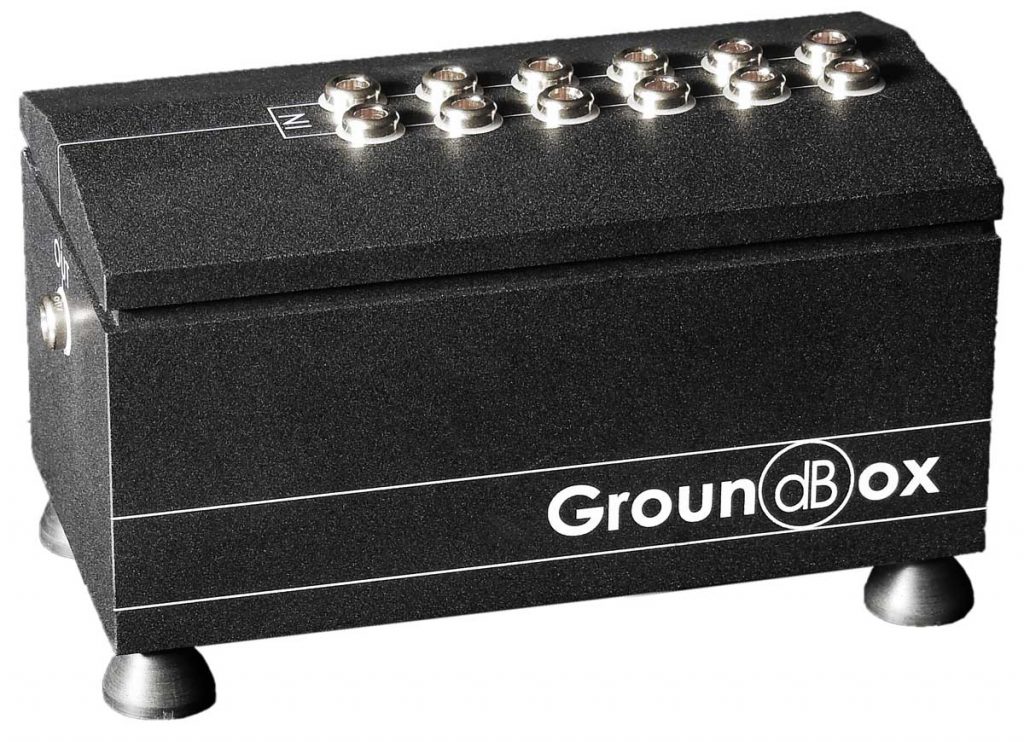