Prog rock features tempo changes, hints of classical music and jazz, extensive instrumentals, and surprising instruments. Since that’s too much to cram into a three­-minute song, there’s a long track like the Abbey Road Medley.

Pretentious artists might have decided to call it “The Abbey Road Suite”, however The Beatles only called it a “long medley” — “medley” meaning nothing more than something containing a bit of this and that and odds and ends. The only true Beatles long track, their parting gift to their fans, is actually just recycled fragments of songs. This band was never short of musical ideas, but thrashing out ideas to make sure everyone involved was happy with the results sometimes led to clashes. And in 1969, when they had finally had enough of each other, the clashes grew worse than ever. Paul McCartney’s suggestion to simply link the existing, pretty much undeveloped, track ideas together was therefore acceptable to everyone. 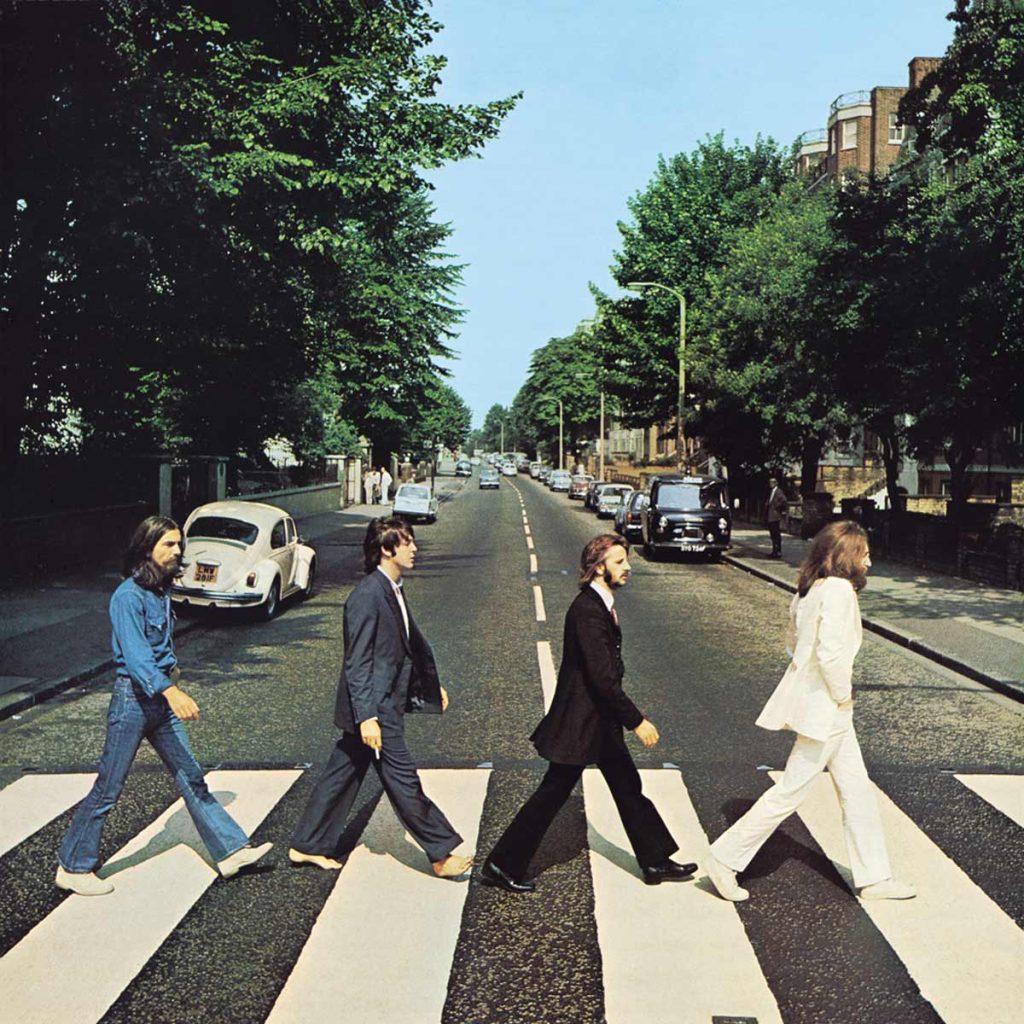 The musical smorgasbord isn’t at all recognizable as a medley on the album cover of Abbey Road. Only individual fragments are listed there: “You Never Give Me Your Money”, “Sun King”, “Mean Mr Mustard”, “Polythene Pam”, “She Came In Through The Bathroom Window”, “Golden Slumbers”, “Carry That Weight”, and “The End”.

Most of these eight half-baked songs (five by McCartney, three by John Lennon) don’t even reach the two-minute mark. A ninth song, “Her Majesty”, is just 26 seconds long and wasn’t listed at all on the original album; it followed the other songs as a “hidden track”. The song directly before the medley, “Because”, could be seen as a kind of overture: It doesn’t end on the keynote, but cries out to be continued. So, depending on the definition used, the medley lasts between 16:17 minutes and 19:30 minutes. The fragments were recorded individually or two at a time between May and August 1969 and then strung together more or less imaginatively with the help of chord transitions and interval sounds. As the shape of the medley began to take form, a melody could also be repeated from the top in “Carry That Weight”.

The first track, “You Never Give Me Your Money”, is the longest in the medley and sounds as if it had been pieced together from disparate song fragments. The following track, “Sun King”, is a parody of Mediterranean clichés and begins reminiscent of Fleetwood Mac’s “Albatross” and ends in a kind of imaginative Italian flair. “Golden Slumbers” contains some melancholy strings again, while “The End” is a final goodbye: Here, Ringo Starr plays his first and last drum solo on a Beatles record, after which McCartney, George Harrison, and Lennon alternately play solos on their guitars in two-bar intervals. Some pieces of text in the medley openly mention the band coming to an end. But through to the very end, the Fab Four approached their work with a love for the music: wonderful choruses and great guitar parts — a veritable feast of original details.