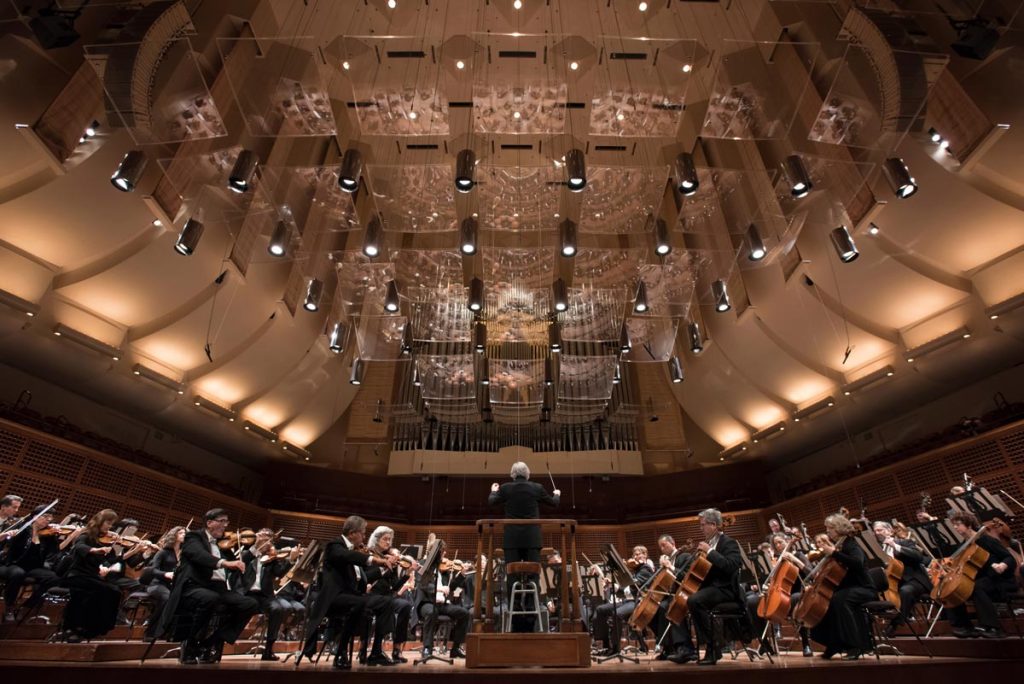 Nobody may travel at the moment I write this, so let our dreams take us to faraway shores, our only possible escape. That’s the reason I won’t write about some concert hall in Bielefeld, Nuremberg or Dresden, but rather, The Louise M. Davies Symphony Hall in San Francisco.

For about 70 years, the San Francisco Symphony Orchestra was wandering from concert hall to concert hall, rehearsing un­der raw conditions, having to play wherever a concert hall was free to use. Then, finally, the time for salvation came: In 1980, the Louise M. Davies Symphony Hall became the adequate home for the SFSO. After seven years of construction, the hall was opened as part of the San Francisco War Memorial and Performing Arts Center. De­spite the considerable expense, it shared the fate of many new concert halls — it didn’t sound that good in the beginning. That was changed about ten years later, when the overall acoustics were thoroughly over­hauled under the direction of Kirkegaard Associates, who also oversaw the beneficial remodeling of the Royal Festival Hall in London.

Since then, the Louise M. Davies Sympho­ny Hall is enabled for all kinds of musical usage. Of course, a hall with over 2700 seats is not as cosy as Salzburg’s Mozarteum, nor would it be my first choice for small ensem­bles. Not because of the acoustics, but rather because of the lack of atmosphere. Although this hall feels really big and powerful from the stage, a personal connection to the audience seems not possible. 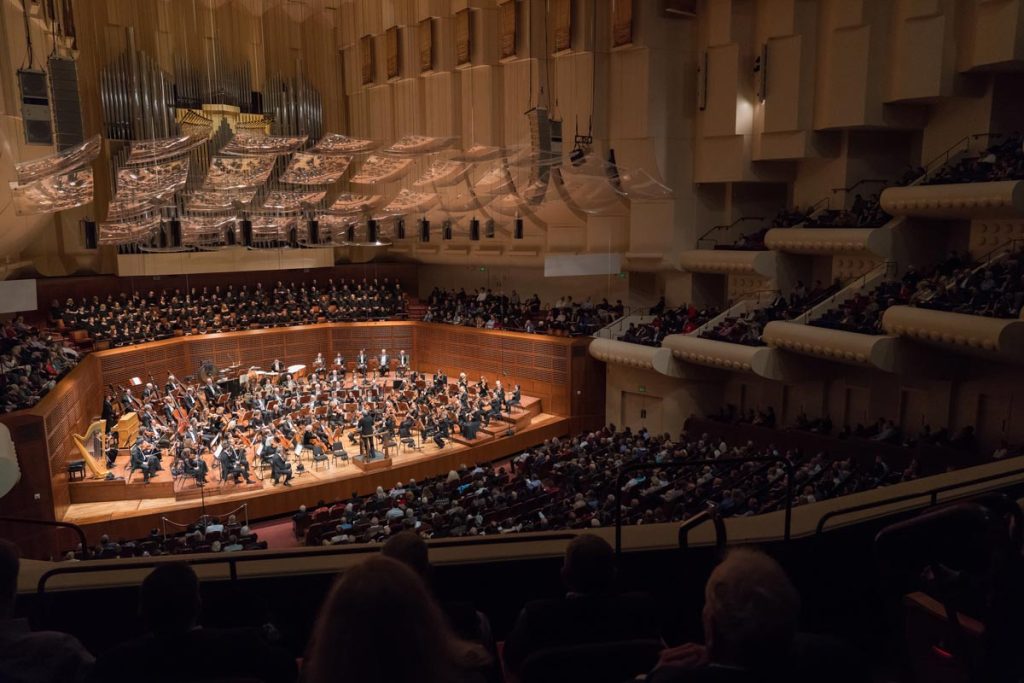 On the other hand, the stage offers an enor­mous amount of space, so that even the larg­est configurations of instruments may be situated there without any problems. When playing, one can actually put endless power into the instrument without even coming close to putting the acoustics in distress. Even massive entries remain transparent, garnished with the pleasant pressure of an incipient acoustic overload, which, however, never quite sets in. Marvellous. Unfortu­nately, I haven’t been to Davies Hall that often, and Brahms was the most extensive in terms of scoring that I’ve had the pleasure of playing here so far. A Mahler or Shostakov­ich is certainly a feast in this hall!

Backstage the Louise M. Davies Symphony Hall is pleasantly spacious, the paths are not too long, the dressing rooms are sufficiently dimensioned. Besides the enormous fun of playing on this stage, one of the great­est advantages of the Louise M. Davies Symphony Hall, however, lies just outside the doors: San Francisco! From the hall, it’s just a few steps north to Japantown, where I had the pleasure of eating the best sushi and Kobe beef outside of Japan to date. To the east, the Theatre District beckons, north of it lies Chinatown, along the piers you may find countless bars. San Francisco is always the highlight of a long concert trip. And it is indeed fortunate that there is no good hotel of the big chains in the immediate vicinity of the hall. Because that’s how we usually get to enjoy a breathtaking view of San Francisco Bay from our room. 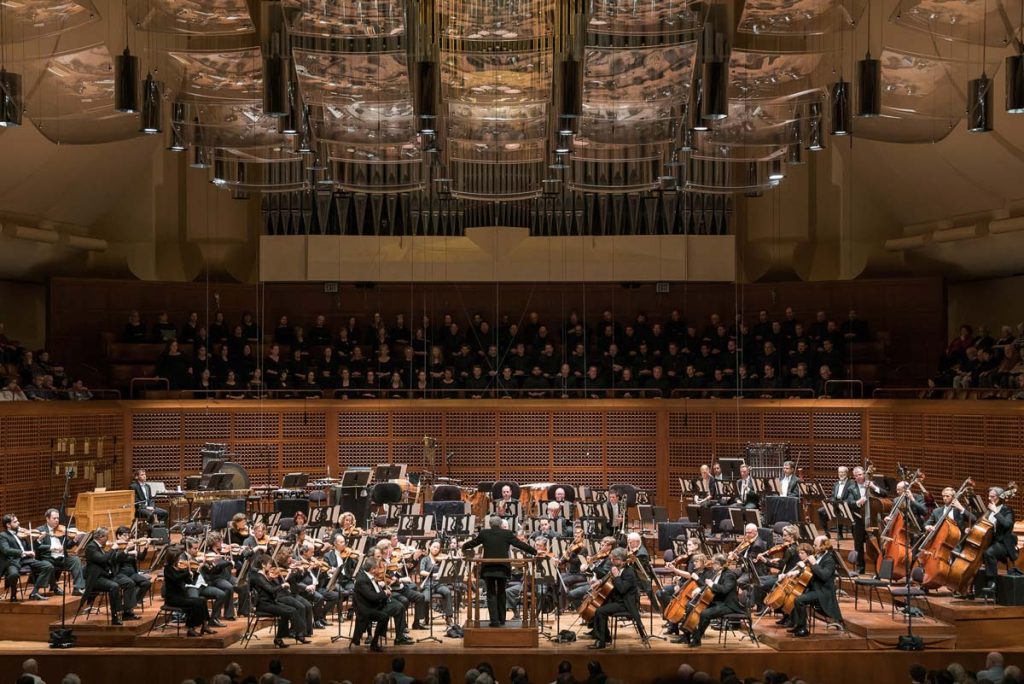