Paul Brett is a renowned guitarist, performer and recording artist. He’s also an instrument historian and designer, a journalist, and a collector. Paul has played with the Strawbs, the Crazy World of Arthur Brown, Roy Harper, the “King of Skiffle” Lonnie Donegan and others, and here he shares some of his musical highlights spanning the decades. 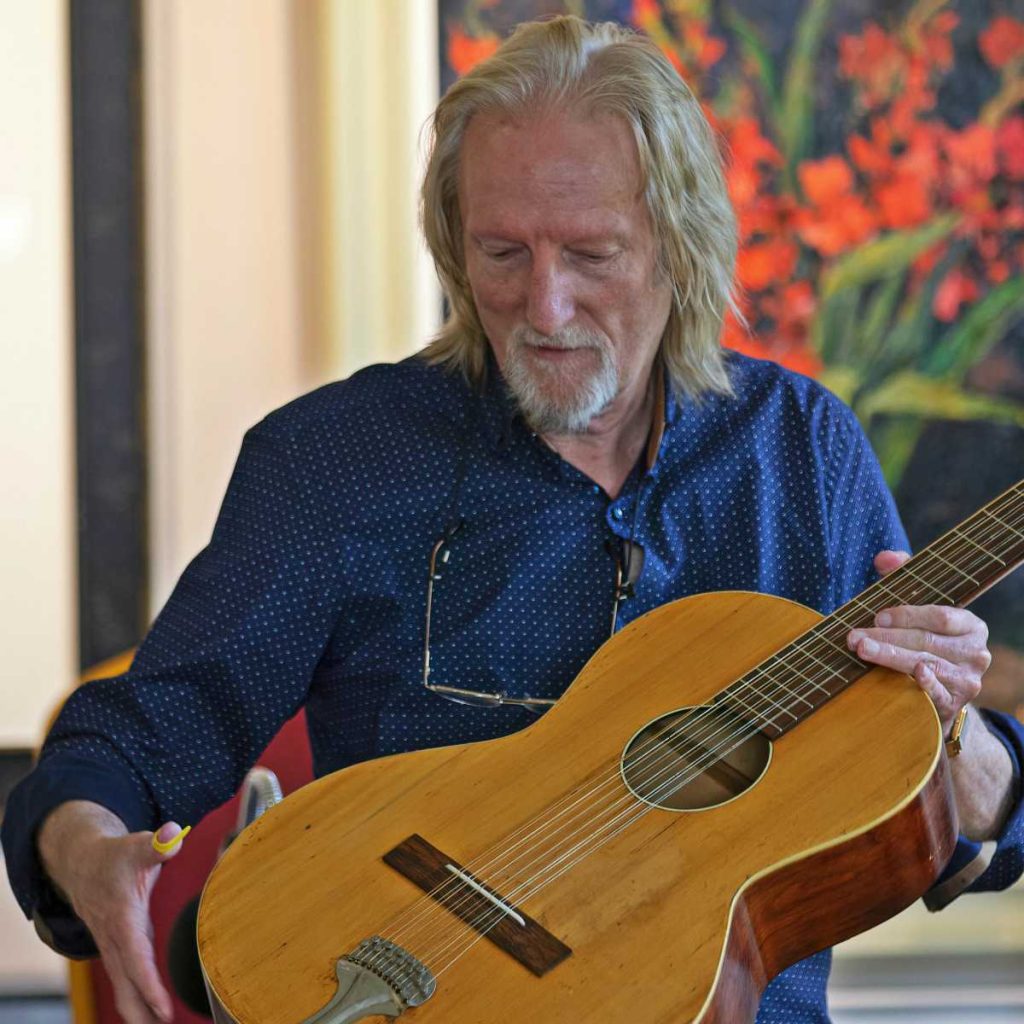 Russ Welton: What is your favorite instru­ment from your collection?

Paul Brett: Funnily enough, it’s not a guitar! A couple of years ago I acquired an excessively rare Irish traveling harp made by the legendary John Egan. I can’t play harp but as a collector, I couldn’t resist getting it as there are very few about and none I can find outside of museums. There is something magical about it and it looks great. It was sold as part of a household clear­ance and the seller was after antique furniture. They did not know who the harp was actually was made by, so I picked up a bargain! Guitar-wise, I have a couple of early 1800s harp guitars by English luthier Edward Light. These were the forerunner of the harp guitar as we know it today. Its big brother emerged in the early 1900s. My 1916 Gibson Style U harp guitar is a museum-quality example and recently won first prize in the Britain’s Rare Guitars Show. Apart from these, my favorite actual guitars in my collection are a Lead Belly-size 1930s Oscar Schmidt Stella 12-string, and a 1938 Stella Westbrook 12-string played by the legendary Blind Willie McTell. I am also in love with my self-designed Vintage Viator 12-string. I have just completed an original 15-track album using it with a string quartet.

RW: Which acoustic instruments have you found to be significant milestones in the development of the guitar itself, and in your own playing?

PB: To define the beginning of the guitar is impossible. 3,500 years ago, a tomb was dis­covered in Egypt containing the mummified corpse of a musician named Har Mose. He was clutching a three-stringed tanbur with a wooden pick attached. It looked like a paddle or cricket bat but was obviously playable. It is currently residing in the Museum of Egyptian Antiquities in Cairo. So, if we take this as a start, a three stringed instrument with a pick, then we can progress the development from there. We can thank the Moors for bringing the oud into southern Spain, from which all hell broke loose regarding its morphing into the guitar and its various guises throughout the ages. It would take a very large book to list all the manifesta­tions and styles of the guitar’s rise through the centuries and we haven’t got the space here to cover it. Throughout my career as a guitarist, I have never limited myself to one style or genre of playing. I always learned the many different aspects of what that piece of wood and metal was capable of, and I still do today. 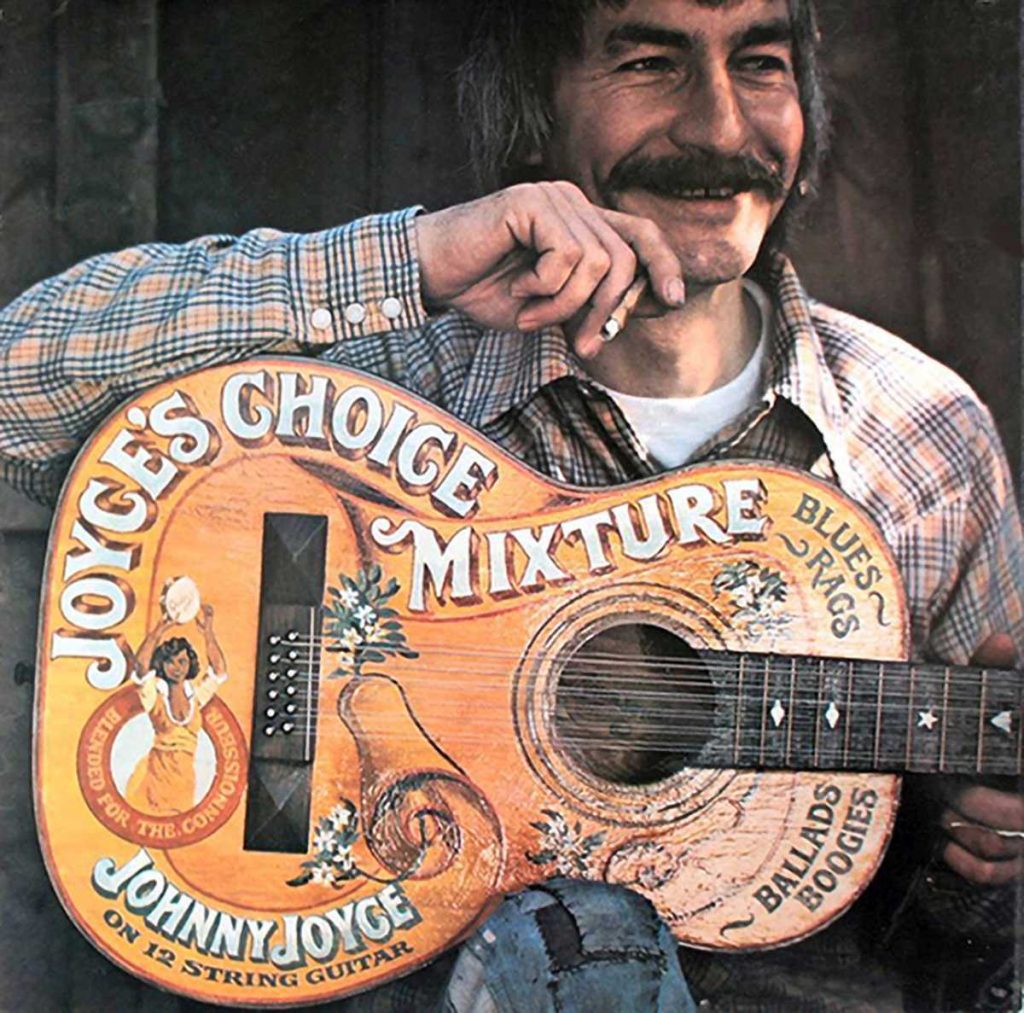 RW: Who would you say have been the most popular voices in the development of pop music during your career, and how so?

PB: If your question refers to modern popular music, then you would have to mention Bill Haley, Elvis Presley and other greats from that 1950s birthing era. I would include someone who I had the pleasure of playing lead guitar with, Lonnie Donegan. Without Lon’s input in the UK, certainly British popular music would not have taken the path it did (he was Britain’s biggest artist before the Beatles), I was influenced by many players and artists. In the early days, Duane Eddy, The Shadows, Charlie Byrd, Segovia, Wes Montgomery, even jazz sax players like Ben Webster. I would have to say the standout artists who have influenced my career, especially in the for­mation of Paul Brett’s Sage, have to be Ritchie Havens and to a lesser extent, Crosby, Stills, Nash and Young, insofar as the use of vocal harmonies were concerned.

RW: What inspired your own development of your own line of guitars through guitar company Vintage?

PB: When I was playing with 12-string blues legend Johnny Joyce in the ’60s and ’70s in var­ious line ups, I caught the bug from him regard­ing the makes and models of guitars the blues legends played. These were not top-of-the-­range name brands, but many fell under one brand, Stella. These were made in New York City by a German immigrant, Oscar Schmidt, who set up a factory there. From 1939, they were made by Harmony. They were considered “workingman’s guitars” as they were cheap. Many were made of birch and ladder-braced in construction. (This is an earlier way of reinforc­ing the top of a guitar, as opposed to the “X” bracing and other types used today.) Back in the 60’s in the UK, it was almost impossible to find one of these Stellas.

We only heard these early Stellas on crude recordings of American blues pioneers like Leadbelly, Blind Willie McTell, Blind Lemon Jefferson, Son House and others. So, we trawled the junk shops and found some, which Johnny repaired, and we were caught in their spell, as they produced what is now referred to as “That Sound,” especially for blues. From that time till now, I have made it my mission to collect, record and film as many of these early iconic guitars as I can. This was the main influence of my guitar designs for Vintage.

RW: How do you decide on which instru­ments to develop for Vintage?

PB: I look at gaps in the market. I use my collec­tion of old guitars as references, and come up with design ideas and present them to opera­tions director Paul Smith at Vintage, who then seeks the go-ahead to put them into production from managing director Dennis Drumm. If approved, we send the designs to be made. At Vintage, we are always conscious of keeping the quality up and prices down. Hence, we have adopted the old principle of workingman’s (and woman’s) guitars that are affordable and offer great value for money.

RW: You have 20 Paul Brett Signature models in the Vintage range. How would you advise new players on choosing which ones to play?

PB: Just look at the range of acoustics and acoustic-electrics. See which one might fit the bill for what you are looking to achieve and if possible, try one out. I have uploaded lots of videos to YouTube of all my Vintage range, plus loads of early Stellas and many other brands that were popular in earlier times. So, you can see and hear them being played and not just see ads and photos of them. 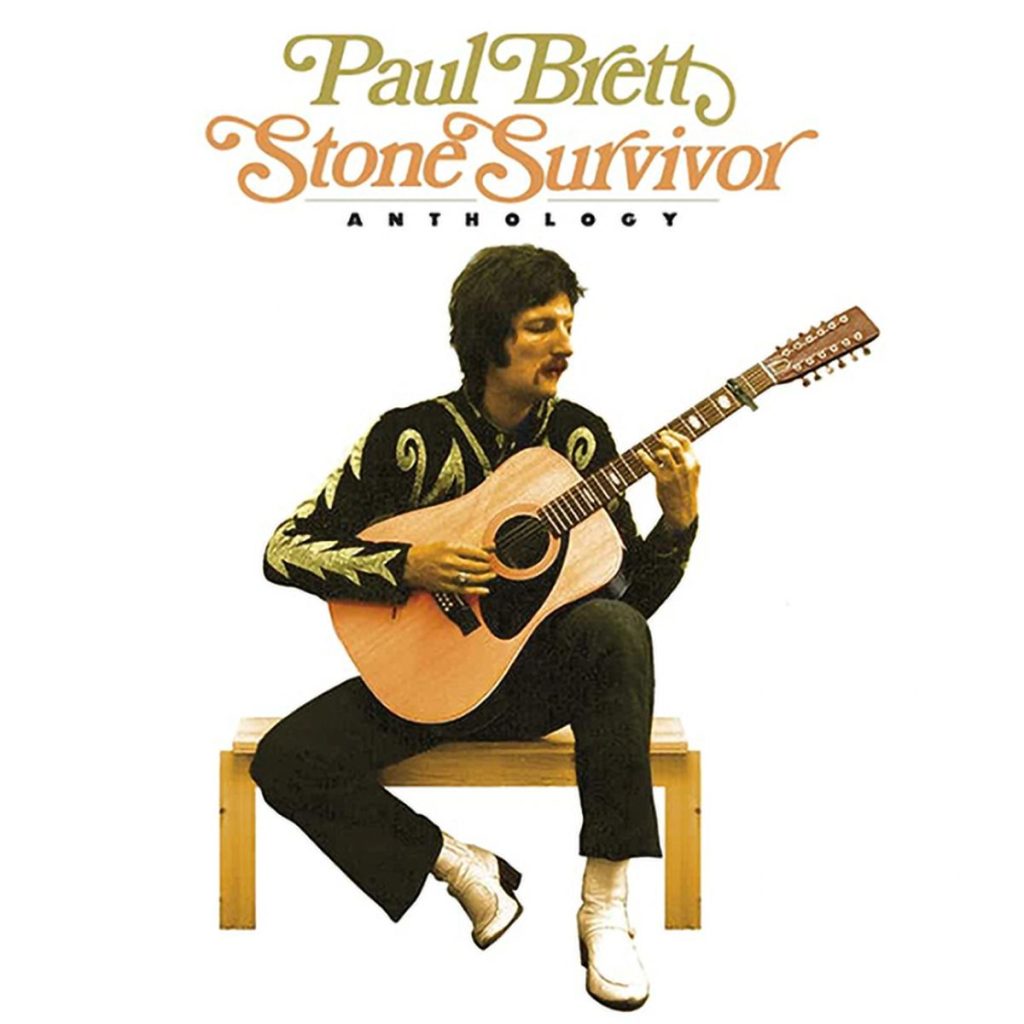 RW: Which instruments does Phil Beer of Show of Hands play?

PB: Phil is one of our best all-round players. He endorses and plays the Viator travel guitars, both the 6- and 12-string models. He has posted videos of him playing these models in a different style to what I play, showing the versatility of these little powerhouses. Gordon Giltrap, Steve Tilston, Carrie Martin and others also play Viators.

RW: Toby Lobb of the UK shanty group Fisherman’s Friends plays your guitars. Tell us about that.

PB: Toby uses my instruments on the group’s re­cords and videos, and his solo CDs. I am happy he has chosen to play my guitars and it spreads them to another genre. They are the leading group in that genre in the UK and one of my favorite live bands. One of the most enjoyable concerts I have been to prior to lockdown. No hype, just good old sea shanties delivered by genuine people who know how to present their art in live performance.

RW: You have a new album coming out and it’s a compilation on Cherry Red Records, who have released artists and records like the debut Genesis album (From Genesis to Revela­tion), Toyah, Sir Lord Baltimore, Hawkwind and others. Tell us about your album.

PB: I was approached by John Reed of Cherry Red Records to sign up my catalogue. Once we had made the deal, John suggested putting out a 4-CD anthology that represents a selection of my recorded works from the 1960s until now. It was released on March 29.

I am very pleased as I did not realize I had done so much over the years. It’s only when I sat and listened to 94 tracks across 50-plus years of recording that I took in the variety of styles and genres and the bands and musicians I had played with over the years. Here is the link if anyone wants to get a copy.

RW: You will soon be making an ap­pearance on Netflix. Tell us about your involvement.

PB: Dennis Drumm of Vintage was approached by an American production company to make a film about vintage guitars for Netflix. The producer requested that I take part and show some of my instruments. This will be happen­ing imminently.

RW: What future projects can you tell us about?

PB: I am currently liaising with a TV produc­tion company to make a six-part TV series based on the “History of Guitar” series of arti­cles I wrote for Acoustic magazine. Vintage and I are also in the process of designing a tribute 12-string in memory of Johnny Joyce. 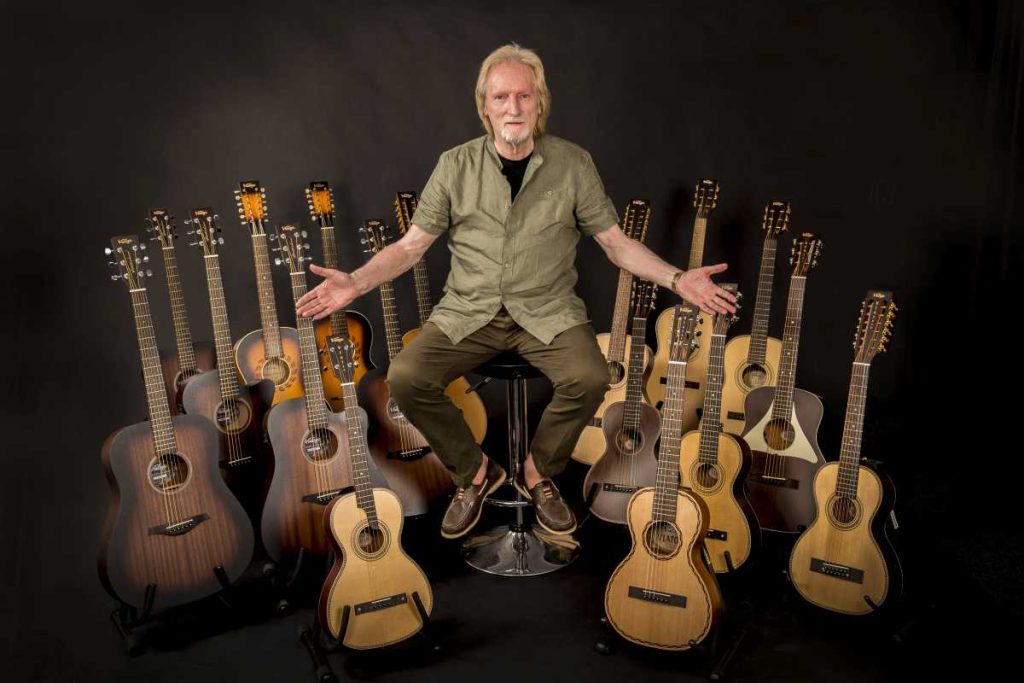