Few hard rock bands had to take such scathing judgments from the trade press as Uriah Heep. Their songs were often dismissed as “cliché rock” or “party rock”. Rolling Stone in particular kept taking swings at them, the message being along the lines of, “You’re either into music or you’re into Uriah Heep”. The critics couldn’t make a dent in the band’s success, though. In fact, things looked great for the five brits in 1972. The line-up seemed to have stabilized at long last, the predecessor to The Magician’s Birthday, Demons and Wizards, was being well-received by the audience, and the band was on tour for the entire year. In april and may, they gave more than 20 concerts in Germany, from late june to early august the band was touring all across the USA – and already from October 13th, they were across the pond once again, right up till Christmas. Inbetween all of that, they squeezed numerous outings on their british home soil.

Producer Gerry Bron was set to make good use of this window of opportunity and urged to record a follow-up album straight away. So, less than six months after Demons and Wizards, The Magician’s Birthday was released – just in time for Christmas sales in 1972. Obviously, the thing was a rush job, as there was little room between all the gigs. Uriah Heep simply picked up right where they had left off with the previous album – with sorcerers, demons and wizards. Even the record cover by Roger Dean looks like a sequel to Demons and Wizards.

Since there was no time for a proper concept album, several conflicting ideas made it into the titular song, making it a genuine prog-longtrack – a “harrowing, nightmarish epos” (Martin Popoff) ten minutes in length. The most amusing episode here is the oddball birthday song for the Magician – complete with weird singing (into resonating piano strings), a kazoo solo (by drummer Lee Kerslake) and a falsetto choir. The band was having fun experimenting – when you don’t have any songs worked out, spontaneous creativity is the name of the game. Front and center in the title song is a four-minute-long (!), improvised guitar-drum duet played hard and virtuosic: “It was created in a single take after a brief pub visit” (Mick Box). Over the course of the track, a psychadelic and demonic soundscape fades periodically in and out. The fades and the vocals alternating between good and evil (towards the end of the track) represent more ideas that have at least been probed on the predecessor (on the final track “The Spell”). 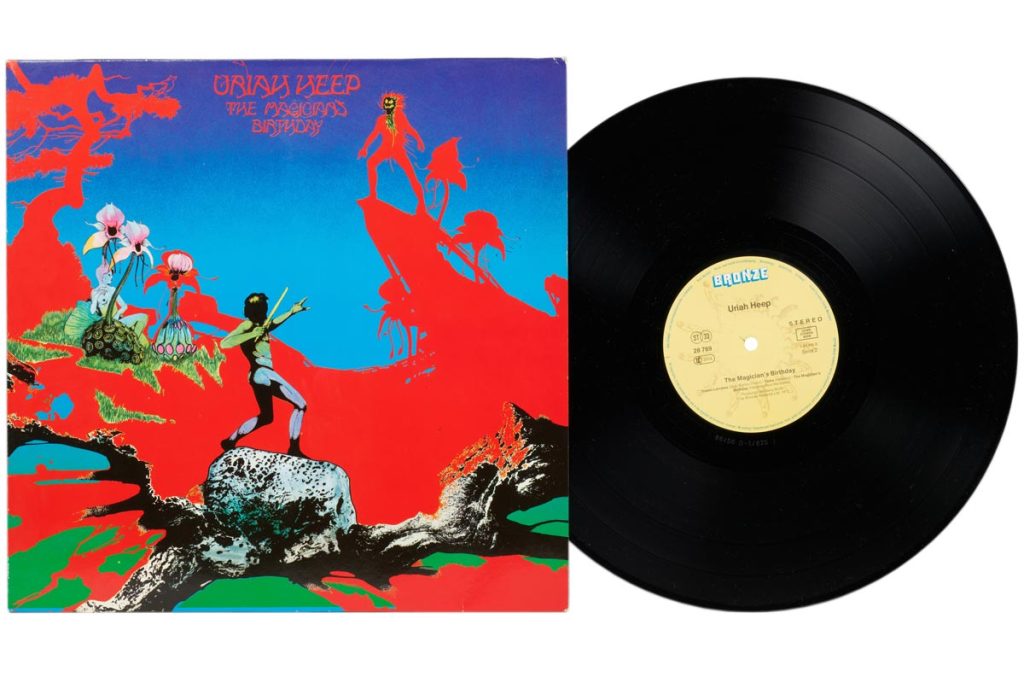