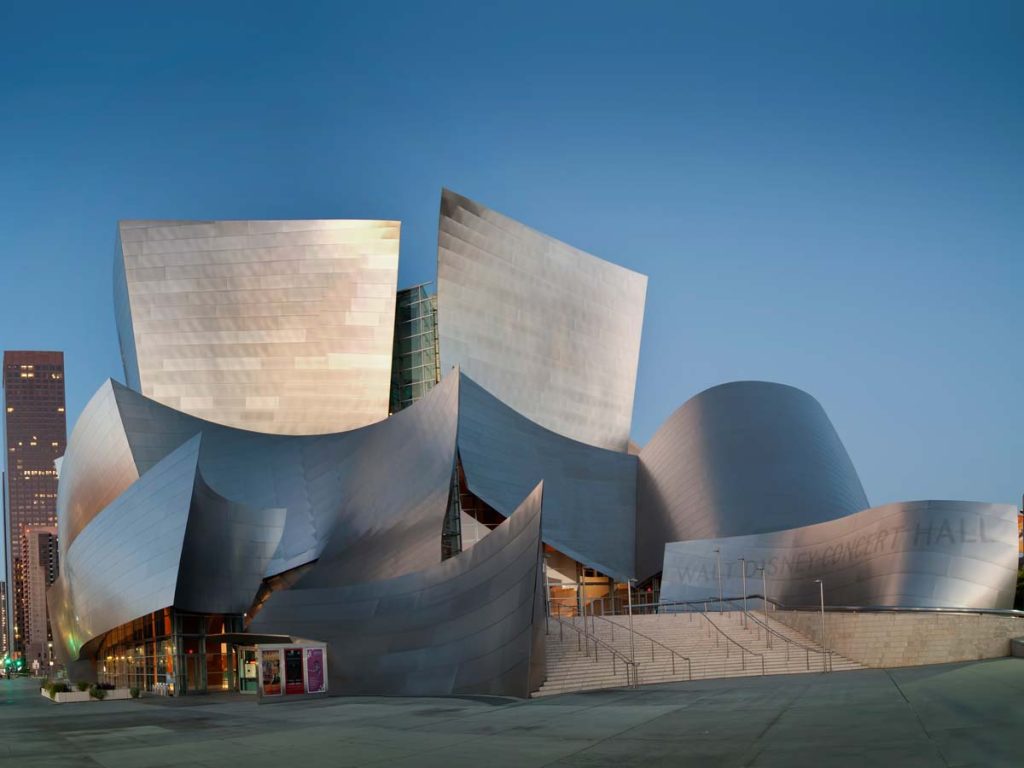 We’re in the United States, in California to be precice. If you drive inland from Davies Hall in San Francisco, it takes a good six hours to reach the Walt Disney Concert Hall in Los Angeles, which opened in October 2003. If you choose the way along the coast via Monterey and Santa Bar­bara, which I strongly recommend, it will take you only one hour more, and another half hour if you turn off at Monterey into the 17-Mile Drive, which again is absolutely recommended.

In Los Angeles itself, the hall fascinates from the first moment. It is located in the middle of downtown and has left a lasting mark on the face and also the atmosphere of the city center. This stylized sailing ship made of stainless steel attracted so many restaurants and bars to the Financial District, which had previously been deserted at night, that a city really has been decisively changed by just one building. Frank Gehry, a known figure by virtue of creating the Vitra Museum in Weil am Rhein or the Guggenheim Museum in Bilbao, was given the opportunity to realize his design concept here on a huge area with a generous hand. For a musician, the very unobstructed and spacious area behind the stage makes this immediately apparent: the rooms are numerous and well usable, which – as trivial as it sounds – breaks with the seemingly existing rule. 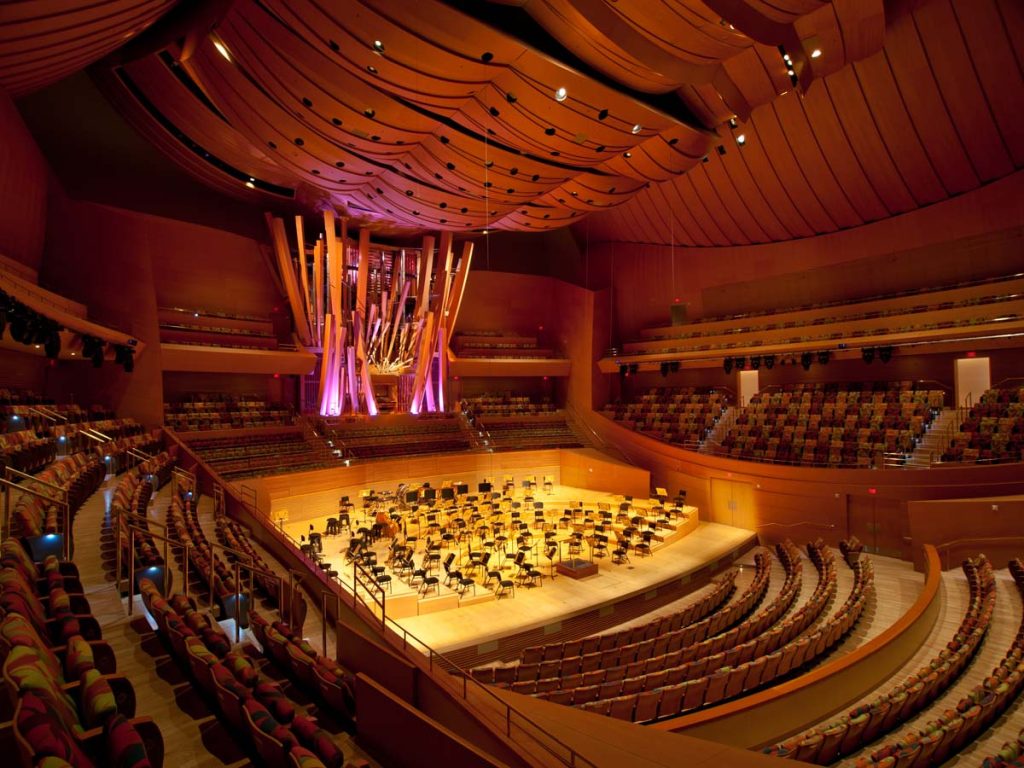 The stage itself is an experience of its own. The orchestra is placed in a very wide circle (as in San Francisco, there is plenty of space) on a stage that quotes classical designs with its not-too-high back wall and the audience tiers offset to the rear, though it opens up very wide towards the hall at the front without any large steps. Looking from the stage, however, the spatial separation between the individual audience blocks really doesn’t make you realize that you are actually playing for an audience of just under 2300. It feels much more intimate, almost somewhat chamber music-like. Excitingly, the view from the stalls to the stage offers a completely different picture. The futuristic organ alone, hanging high above the stage on the back wall, puts a hard stop to the usage of terms like “intimate” or “chamber music-like”.

For the viewer, everything seems big and grand; a kind of hard to escape optical maelstrom is created which conveys that obviously only great things can happen here. I am always speechless when architec­ture manages to support the purpose of the space so congenially. 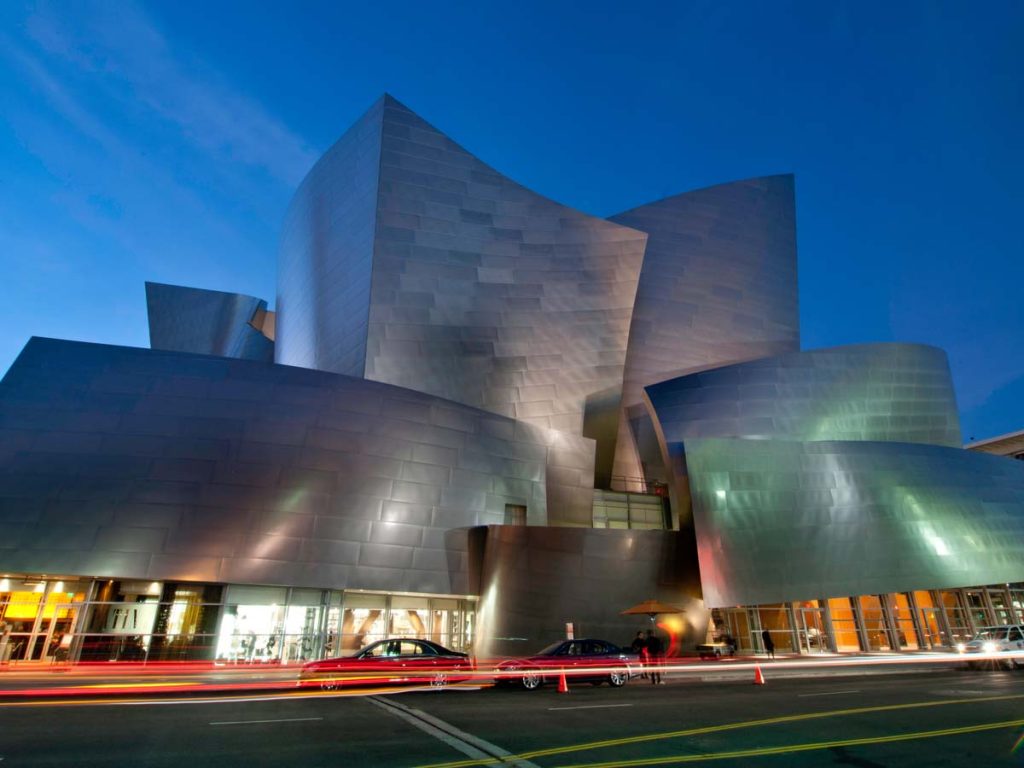 The phenomenal acoustics do their part. Star acoustician Yasuhisa Toyota did the thing that he has taken a bit too far with the Elbphilharmonie, only with the Walt Disney Concert Hall, he nailed it: stupendous transparency, scale of sound, dynamic reserves without making the loud­est eruptions sound too relaxed.

A visit to this hall is highly recommended to every music lover. And since one can lose oneself in this city like in few others, the days around the concerts will never seem too long either. 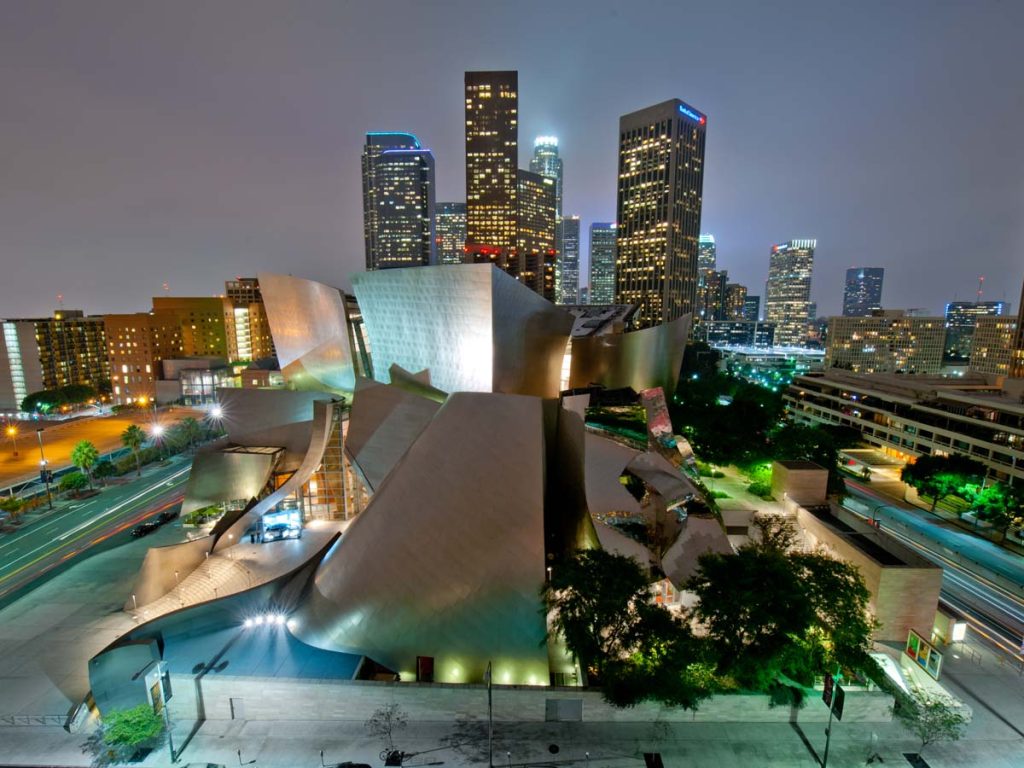