Through the LSD Lens

Album Copycats: Pink Floyd vs. MOJO – you don’t just find covered versions of songs, actual album covers attract their share of copycats, too. Are these covered covers simply parodies, witty allusions or tributes or is there some kind of deeper meaning to find?

Greatly feared in the Middle Ages, ergot derives from a crop fungus containing alkaloids. It has the potential to cause fatal poisoning when food infected with it is ingested. In the 20th century, the pharmaceutical industry hoped to obtain a means to stimulate the human circulatory system from the ergot. After the Swiss chemist Albert Hofmann (1906—2008) had identified lysergic acid as the decisive active compound, he manufactured a synthetic form of the acid in 1938: lysergic acid diethylamide, or LSD for short. Trying it himself in 1943, Hofmann discovered the substance’s strong hallucinogenic effects. It began to be used as psychiatric medication under the name Delysid in 1949. Delysid was designed to give patients stirring, liberating psychological experiences. Psychiatrists were also supposed to take the medication to be able to immerse themselves in their hallucinating patients’ experiences. In clinical trials in the early 1960s in the U.S., some test subjects were so enthused by LSD that they wanted to identify the path to human enlightenment while taking the medication. Thanks to the likes of Timothy Leary and others, LSD became the lifestyle drug of choice for hippies and creative types.

By 1966, LSD had been banned in the U.S. and Great Britain, which only served to make it more attractive. A year later saw the release of Pink Floyd’s debut album The Piper At The Gates Of Dawn. The album cover consists of a photograph of the four band members taken with a prism lens — this “multiple vision” was commonly used for photos and films to imply an LSD high. Vic Singh, an up-and-coming fashion photographer at the time, had borrowed the camera lens from Beatles member George Harrison and took the photo of the band in his studio in London. He later reminisced: “The band was really excited at the prospect of being photographed with a prism lens. Once they had seen a few Polaroid test shots, they settled down and got ready to pose for the camera while the Piper music was playing at full blast.” It was also Singh’s idea for the musicians to wear extremely colorful hippie gear. 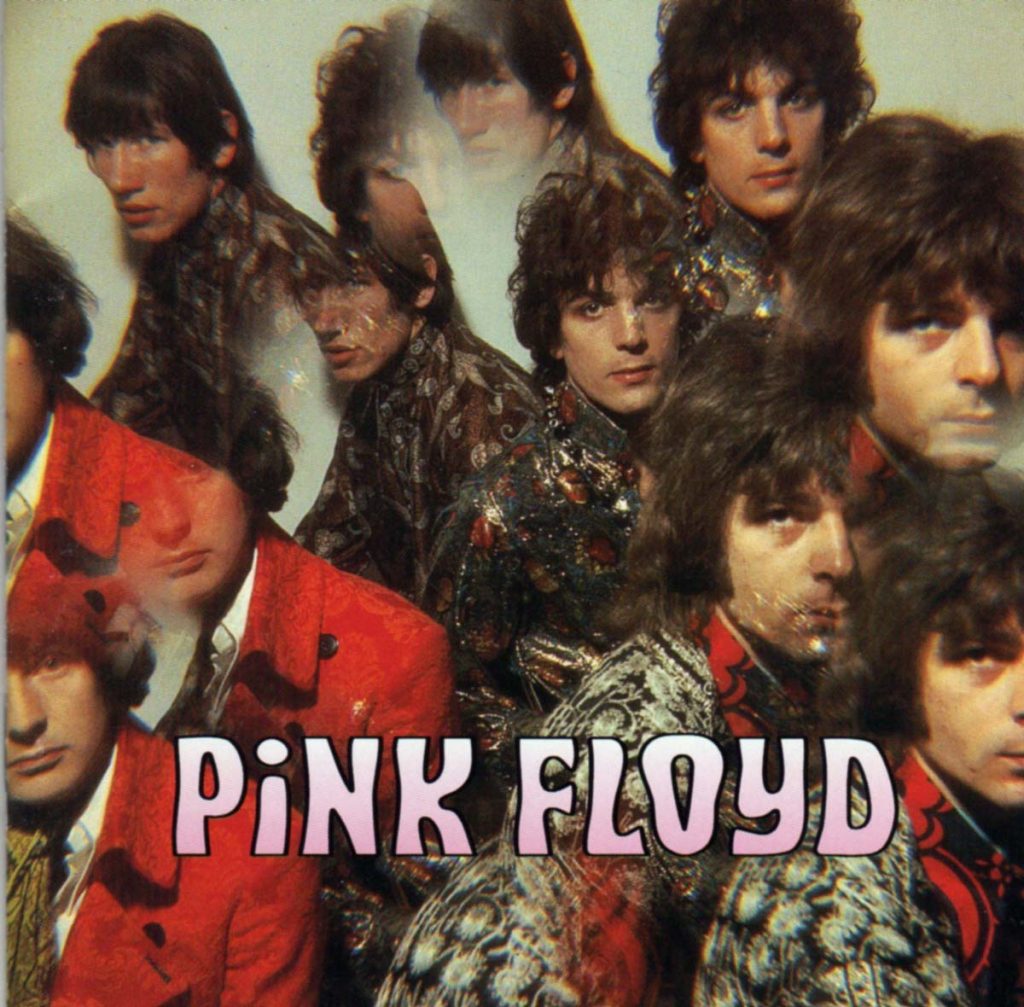 The Piper At The Gates Of Dawn became the most famous psychedelic rock album ever. It soon earned itself the reputation of being the ideal music to accompany an LSD trip and perfect for triggering typical LSD euphoria. Musically speaking, it has everything you need — from the space trip “Interstellar Overdrive” (a 10-minute purely instrumental piece), esoteric wafting sounds, and anarchic noises to weirdly innocent pop songs, the bizarre lyrics of which — about gnomes, cats and scarecrows — seem to express the childlike emotions of drug-fueled visions. Syd Barrett, an artist caught between real psychosis and chemical psychotic trips, was the band’s front man on their debut album. It’s said he was sometimes completely lost in his own world and not able to communicate or be communicated with during the studio recording sessions. In that sense, the album is really a balancing act between Dada and Gaga. Old-school columnists and pop theorists believe The Piper to be the only relevant album Pink Floyd ever made.

At the time, however, Pink Floyd was just one of many bands making a name for themselves on the London club scene with experimental approaches — between pop, rock, and psychedelic rock. In 2006, the British magazine MOJO published the compilation album Psych Out! — The subheading read: “15 nuggets from the scene that spawned Pink Floyd…” The magazine’s publishers used LSD inventor Albert Hofmann’s 100th birthday to launch the publication. Its editor-in-chief Phil Alexander says: “In 1965, the Beatles and the Stones had enjoyed their first LSD trips, openly described their experiences, and, as a result, gave their blessing to the dawn of the psychedelic era. What followed was an explosion of creativity, experimentation, and capriciousness that culminated in London and penetrated the world of art, film, and literature and, above all, music.” 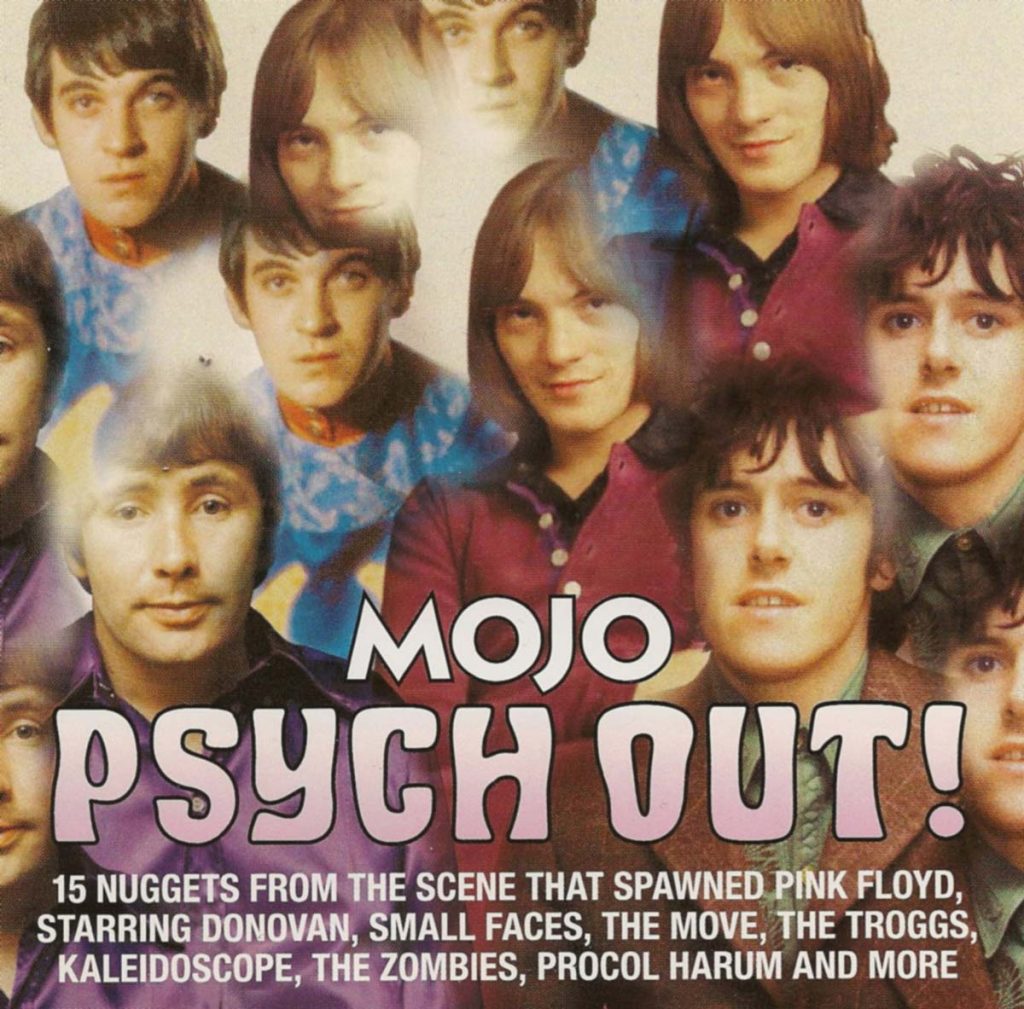 These 15 songs from 15 different bands float from poppy, happy melodies to chaotic, confused psychedelic moments then drift to spoken lyrics and distorted sounds to then drift among Indian and blues styles. All the tracks were created around 1967 and are the soundtrack to the London LSD era. Some of the bands today are only known to the experts, even if back in the day some of them did play at the UFO Club where Pink Floyd also became famous — including Tomorrow, The Move, The Smoke, and Procol Harum. No prism lens was needed for the compilation’s album cover in 2006, just some old pictures and Photoshop. The collage depicts Gary Brooker from Procol Harum (top left), Steve Marriott from Small Faces (top right), Donovan (bottom right), and Reg Presley from The Troggs (bottom left). These pictures were taken around 1967, both a piece of history from the music scene and from the drugs scene.