Do bits have feelings? Trust me. As soon as you listen to music with Acoustic Quality’s top DAC, you will swear that they do. 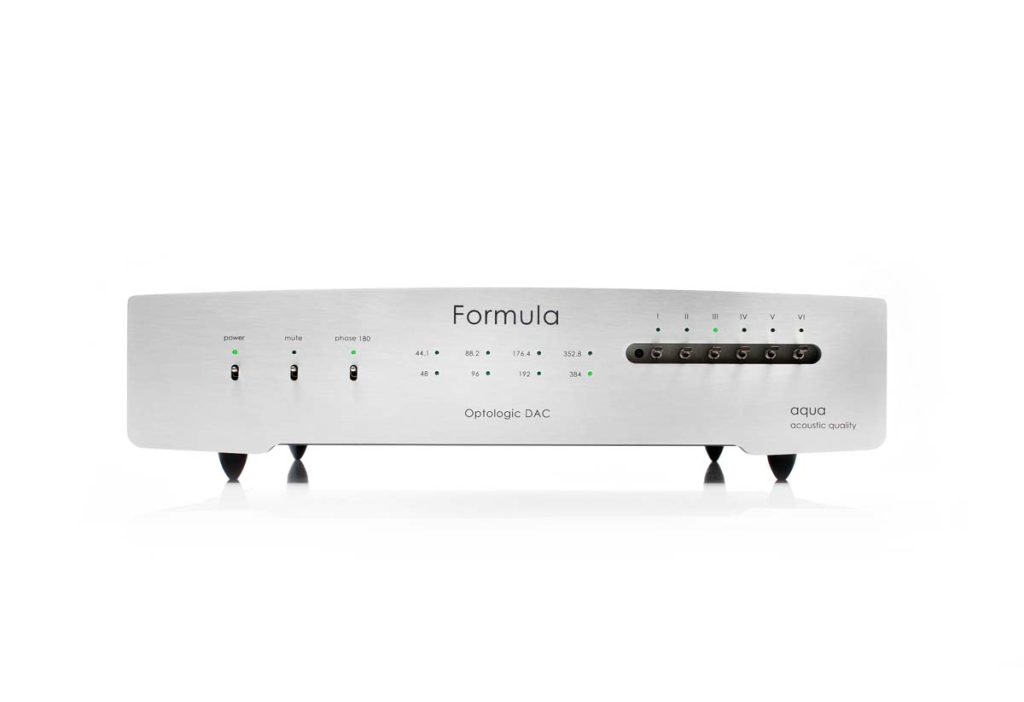 2010 was the perfect time to set up a small-scale manufacturing company specializing in elaborate D/A converters featuring multibit technology. Wasn’t it? Four years earlier, Spotify was founded. Four years later, Tidal set the bar seriously high in terms of sound quality. Multibit converters, also referred to as R2R DACs or ladder DACs, were increasingly causing a sensation and the process involved produced, in many people’s eyes, superior sound quality compared to the delta-sigma principle and the 1-bit principle. So Cristian Anelli clearly had a really good nose (or should I say ‘ear’?) for things when he founded his company Acoustic Quality, or Aqua for short, in Milan. Fast forward nine years and the Aqua homepage features four products: a CD transport and three DACs, including the top-of-the-range Aqua Formula xHD featured here.

The features and specs of all the devices are impressive but two things stand out straightaway: the low-key, pared-back physical appearance and the update policy which ensures that the devices retain their value. Obsolescence is practically an inherent part of all DACs which is why Aqua’s software and hardware update options deserve some serious kudos. So, on to multibit, or R2R or ladder. All these terms describe the same basic principle. The digital signal is fed in to a network of resistors, the topology of which is similar to that of a ladder, if you use your imagination a little bit. By means of the individual response of two resistance values (a single (“R”) and a double (“2R”)), every bit plays its part in the formation of an analog signal voltage. 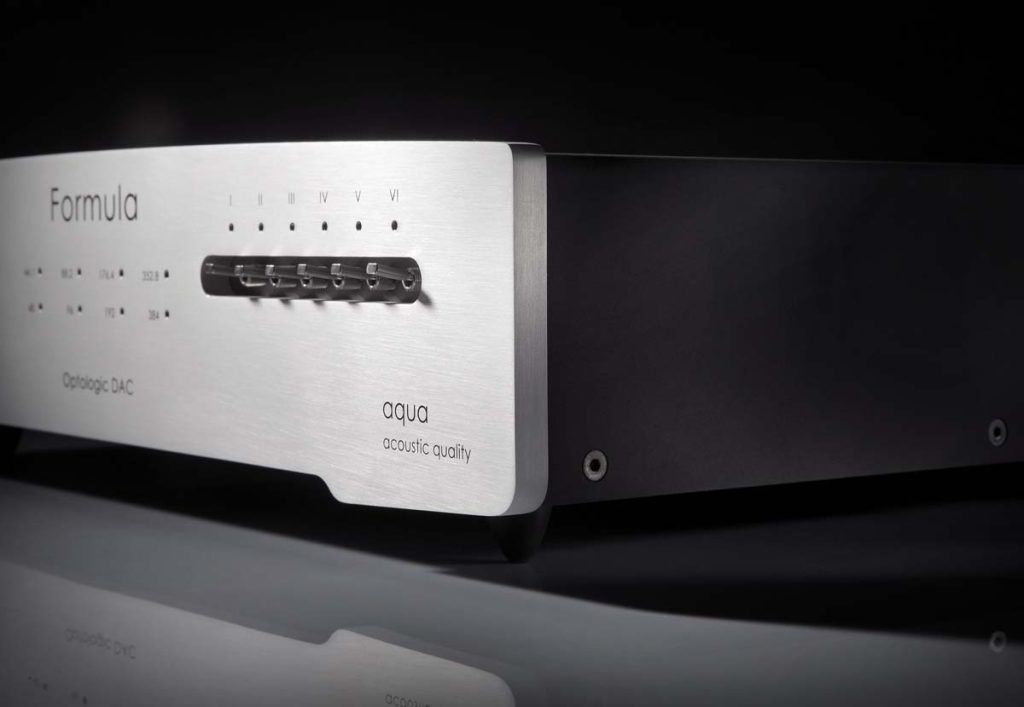 The elegance of such a converter lies in its simplistic design and straightforward scalability. An R2R network can indeed be in a chip, but it can also be soldered together just as well from individual resistors. 24 or even 32-bit resolution is easily achievable by simply adapting the “ladder length”. R2R DACs without any oversampling or downstream digital filters are also rumored to boast a particularly high degree of musicality as, unlike with delta-sigma DACs, you don’t have any filter algorithms leaving their inevitable acoustic traces behind. That’s what they say anyway. In my opinion, this is an overly sweeping judgment as it downplays the part played by the complex digital-analog peripheral equipment in the overall result.

Aqua’s current top-of-the-range DAC goes by the name of Formula xHD. The abbreviation “xHD”, which denotes the converter’s 2017 update, is proof that the company’s upgrade policy is alive and kicking. It now enables users to play PCM files up to a sampling frequency of 768 kHz as well as the DSD format DSD256 (Quad DSD). In addition to the new circuit board required, the update also includes new firmware for the controller chip of the R2R resistor network, which is designed to improve sound quality. 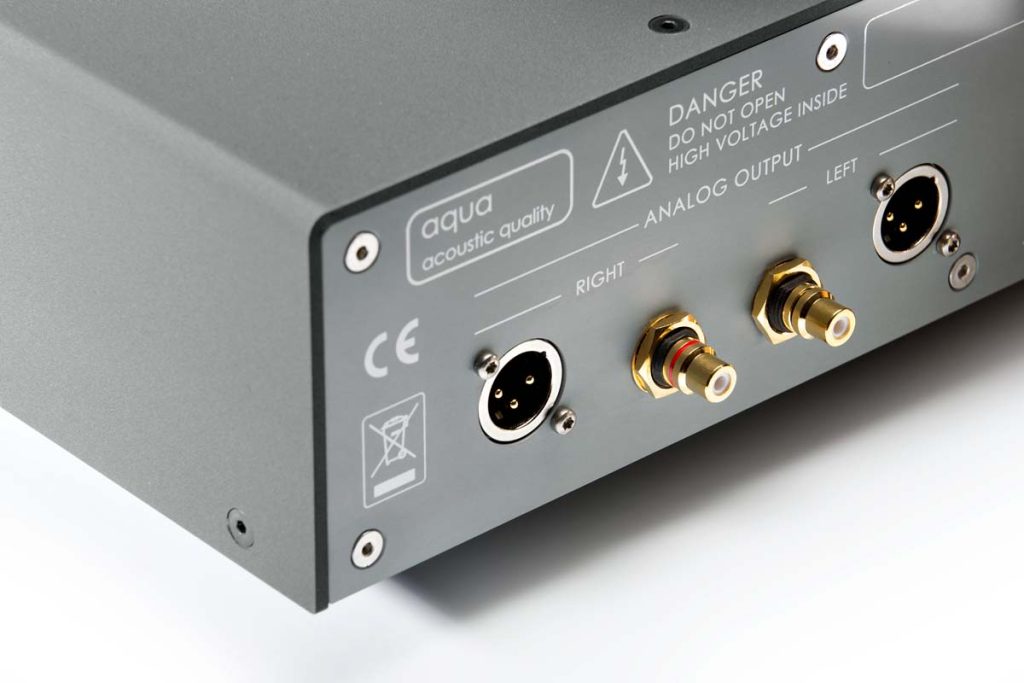 The Formula xHD also goes by another nickname: Optologic DAC. “Optologic”, which is actually a fancy made-up word, describes the company’s own in-house interpretation of ladder DAC technology, which was introduced with the top-of-the-range Formula model and is now also available in the form of an upgrade for the lower-level converter called La Scala. The Formula features four banks with resistors for 24-bit resolution (per bank). The specially programmed software, which is stored in an FPGA chip, carries out the control. Aqua’s pièce de résistance in the overall design is the galvanic isolation of the FPGA and digital peripheral equipment from the resistors already associated with the world of analog. This should result in the ground plane being free from any kind of interference and in perfect symmetry in the converter section. The aim is optimum tonal accuracy and naturalness.

The power supplies for the digital and analog parts are of course kept separate and components were chosen not just based on sound quality but also long-term stability and reliability. The signal path is direct-coupled and completely capacitor-free.

The Aqua Formula xHD boasts inputs and outputs in accordance with all common standards. One of its stand-out features is a digital input exclusively for connecting it to the company’s very own CD drive called La Diva. This interface, which they have named “AQlink PRO”, communicates via I2S protocol — undoubtedly the most direct and most jitter-free path for digital music signals. In addition, depending on customers’ wishes, one of the six available digital inputs can be equipped, for example, with an optical interface, which is not one of the device’s standard inputs. 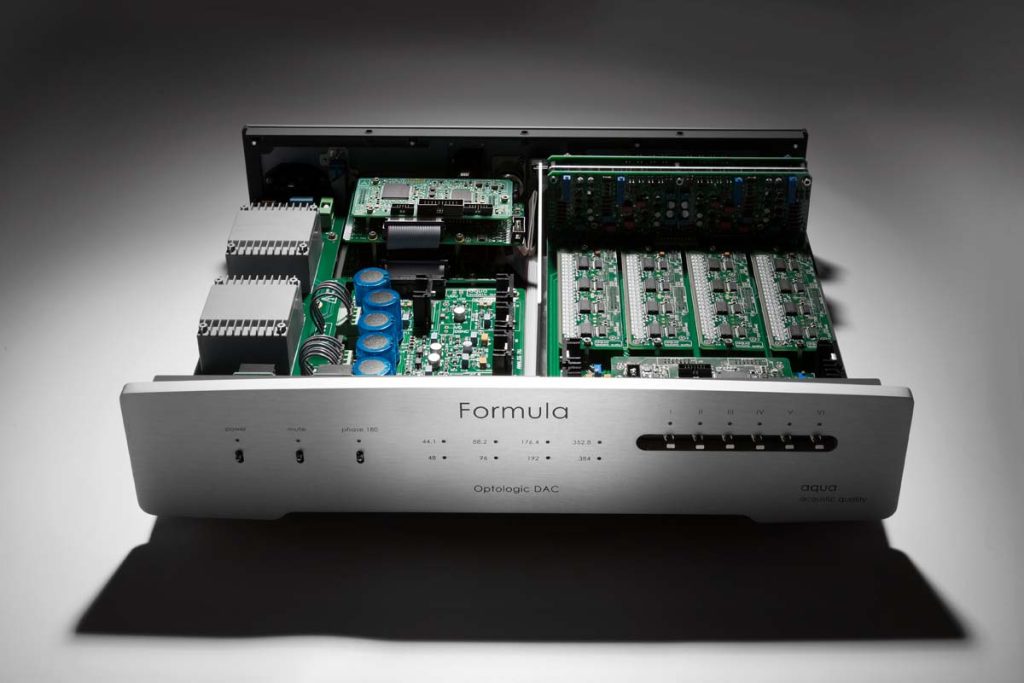 When it comes to features and ease of operation, the Italian high-end, luxury DAC does have the odd trick up its sleeve: the phase switch is definitely useful and the mute button is a nice touch if you don’t have one on your amplifier (which you really ought to). Eight little LEDs gently light up to signal the receivable PCM sample frequencies ranging from 44.1 to 384 kHz — I was unable to test what happens when 768 kHz is reached. The inputs are selected using high-quality toggle switches and would be easier to identify with plain text but the Roman numerals used do look pretty smart, it has to be said. A remote control is available as an optional extra.

What can you expect from a D/A converter of this caliber? What does it have to deliver in order to warrant such a hefty price tag? The vision that Aqua strives to achieve is that of “analog sound”. More specifically, it aims for sound quality without any compression effects, comparable to that of studio tape recorders. 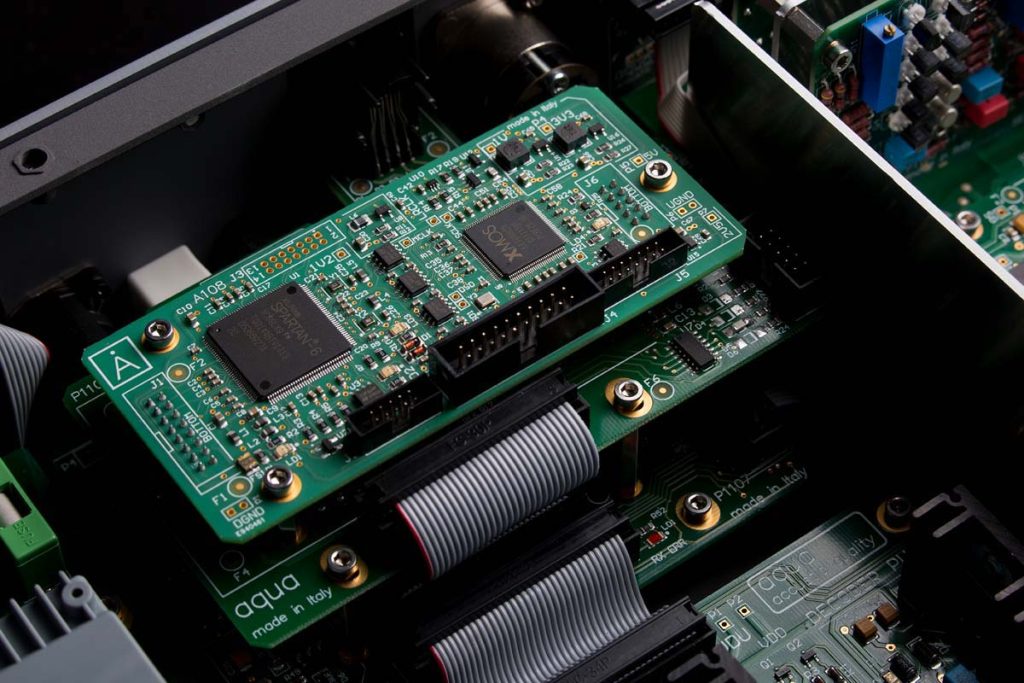 The point at which the Aqua Formula xHD really “had” me was actually a very analog one, i.e. one which conjured up the kinds of emotions you experience at live concerts. I was listening to the CD of the live album Eine Nacht in Berlin by Max Raabe and the Palast Orchester. Whenever I listen to this recording, it is clear that singer and ensemble are one here. They breathe in unison and casually knock the performance out of the park. I even love listening to this album on the Tivoli radio/music system. However, the Formula DAC opened up a whole new dimension for me: a hardly discernible crescendo by the musicians, but one which was immensely enthralling precisely on account of its subtlety, culminating in a pivotal expression, a mood-changing harmony. It’s almost impossible to describe but there was suddenly this tension in the air that I had never picked up on before and a yearning in Max Raabe’s voice that pulled directly at my heartstrings. And the Aqua converter managed to extract it all from the CD’s 16-bit. Stunning! 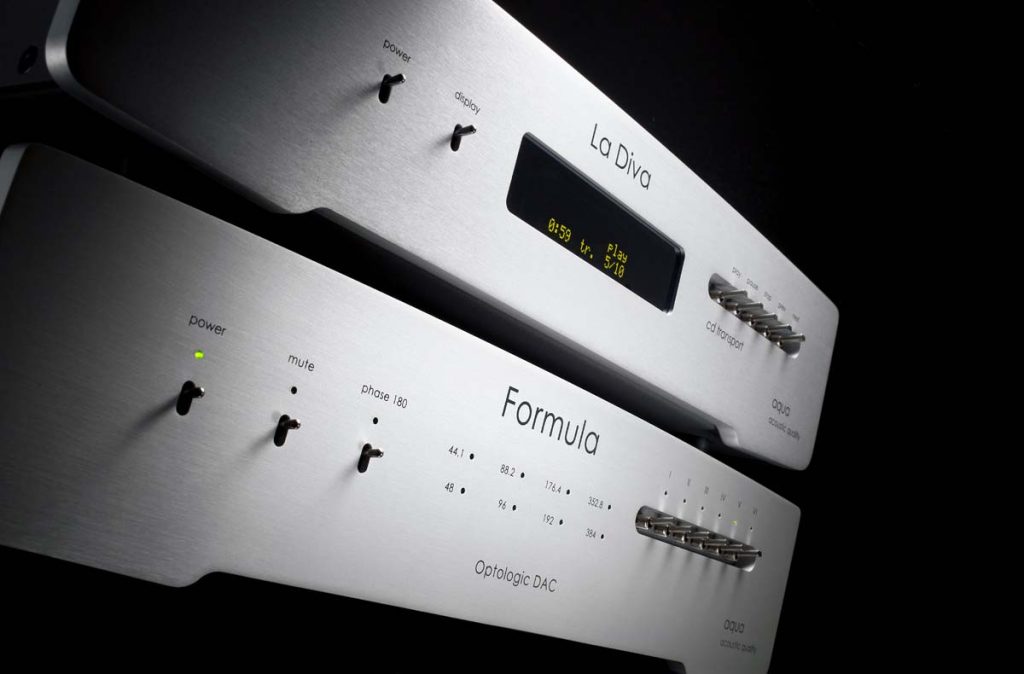 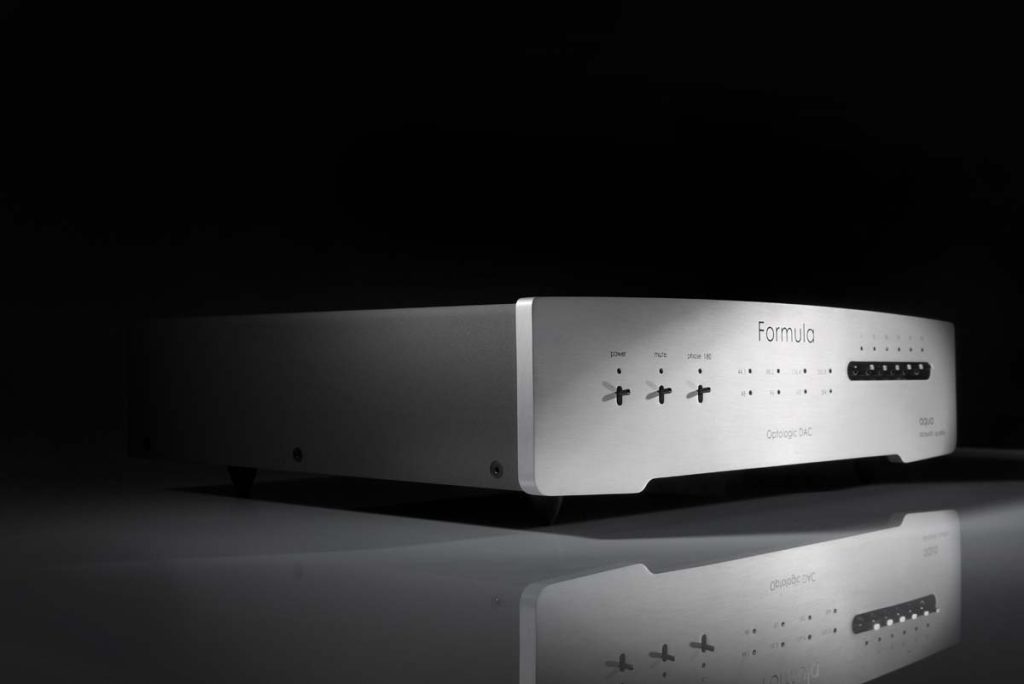 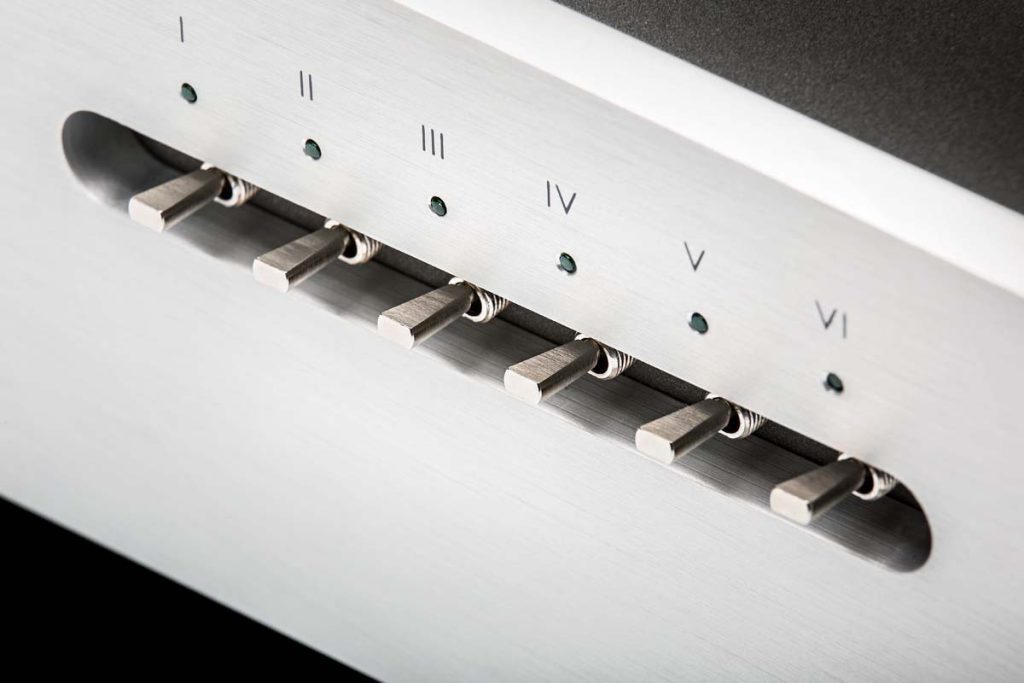 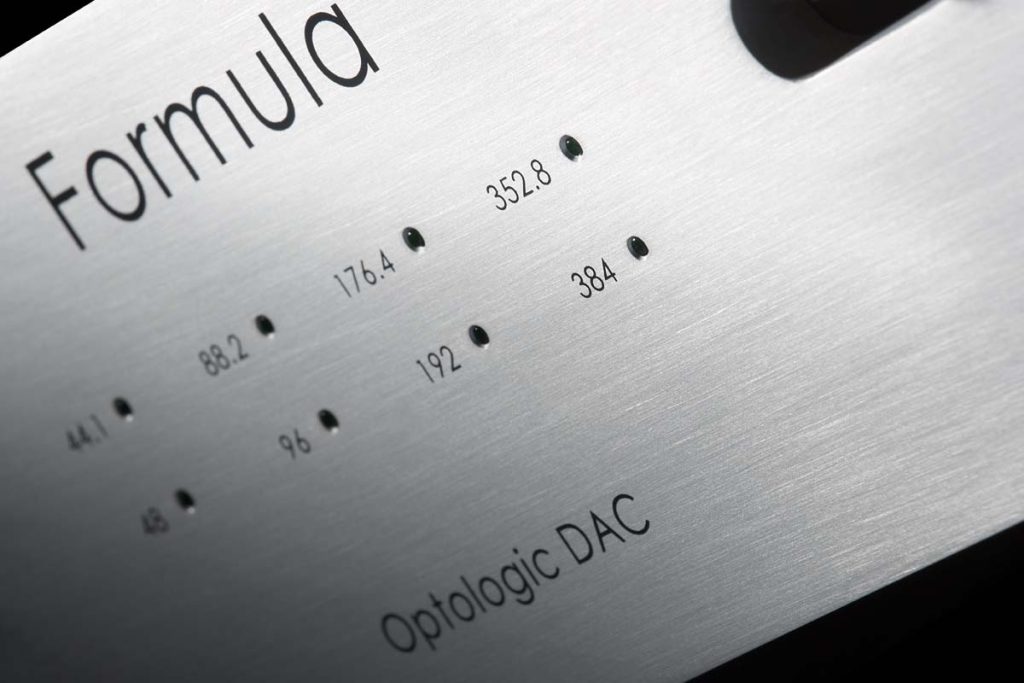 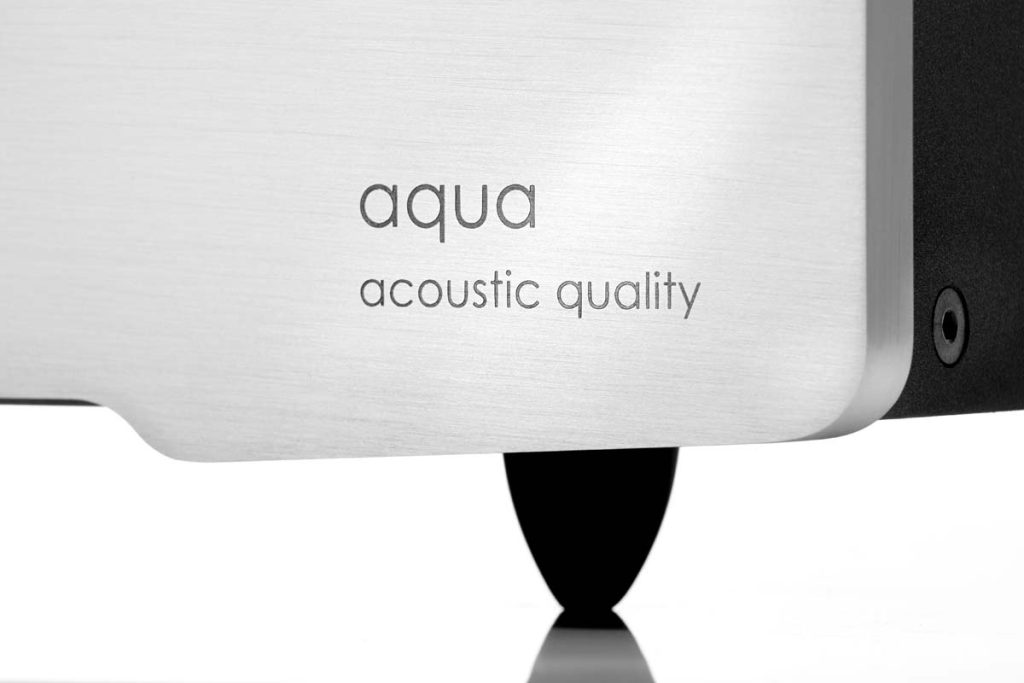 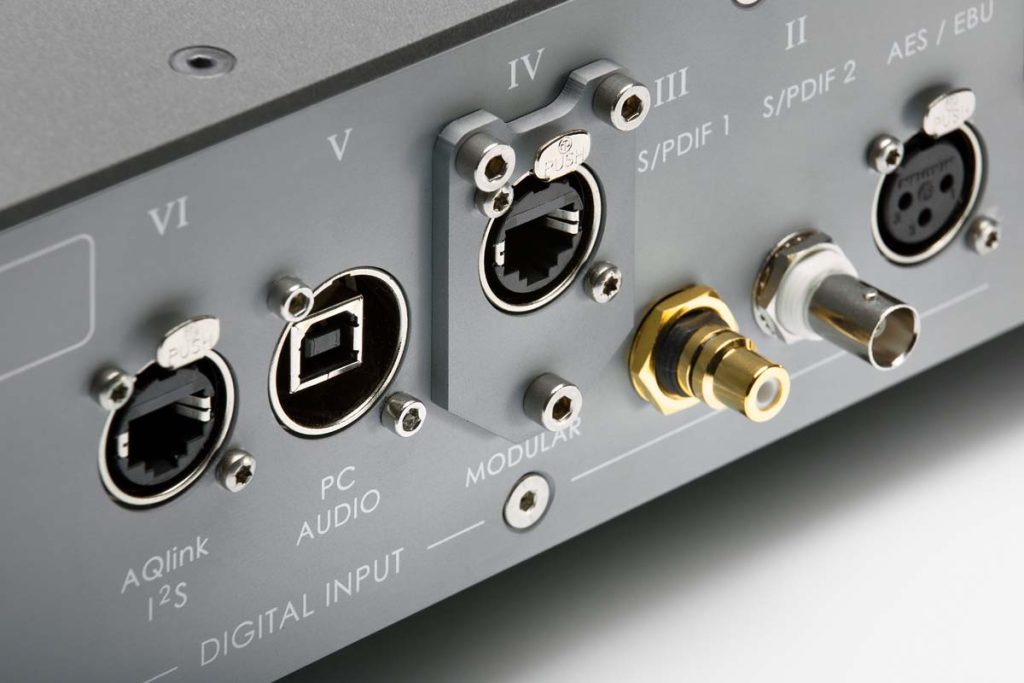 The Formula xHD really covers all the bases. The idea of trudging through the frequency bands to issue a seal of approval for each one seemed downright disrespectful to me. It nonchalantly ticks off the items on the technical specifications sheet relating to dynamics, powerful bass and attention to detail with a shrug of the shoulders. It much prefers continually directing your attention to things like the vividness and real presence of a melodic singing voice, or the absolutely perfect acoustic reproduction of a scene involving “a slightly overly heavily ‘voiced’ concert grand piano in a recording room not completely soundproofed from the outside world”, which you can imagine — like an IMAX 3D for the ears.

The enchanting naturalness is surely what will resonate for the longest in my long-term auditory memory, long after the test device has left my listening room. The Aqua Formula xHD really taught me a lot. And this experience will have implications. Acoustic Quality also sells more affordable products. I want the master-tape feeling back!