Are there three paths to happyness? Or just one that combines the others? Or do you just have to be more of a fan to reach heaven? So many questions… 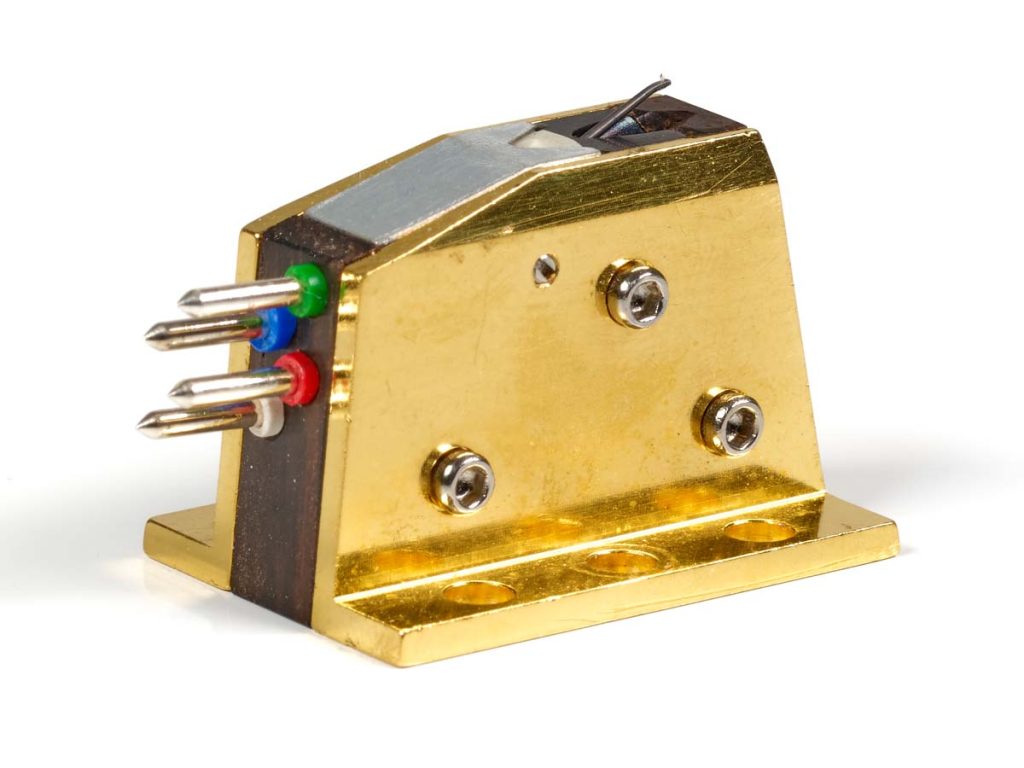 The path to analog happiness is arduous — seriously arduous. And it requires a certain capacity for suffering — or even gluttony for punishment — if you’re really going to throw yourself into this world. After all, the digital path to music is so much easier, especially now that streaming players are ex­cellent and affordable. So why would you sort out so many tricky things, which are all necessary, just to ensure that your analog set-up is perfectly on track? And do you really want to have to check room humidity just because dryness can cause a crackling noise? Admittedly, many turnta­bles still leave you asking this question when listening to them.

But the fact remains that they elicit a deep nostalgia and trigger mem­ories of the good old days when we would wait anxiously for the latest record releases and stay up all night compiling mixtapes. If you’ve never done that, it isn’t too late to make up for lost time. Compiling a fantastic mixtape specifically with a special someone in mind generates an aston­ishingly close bond between you and the music. But that could be the subject of a whole other article.

To cut to the chase: turntables are delightfully old-fashioned but ob­jectively don’t have a lot going for them, since nowadays with a lot less effort, time and money you could set up some digital sources that would easily upstage a turntable. However, if you find yourself in the enviable position of listening to a truly great turntable, then you will immediately see the world in a whole new light. 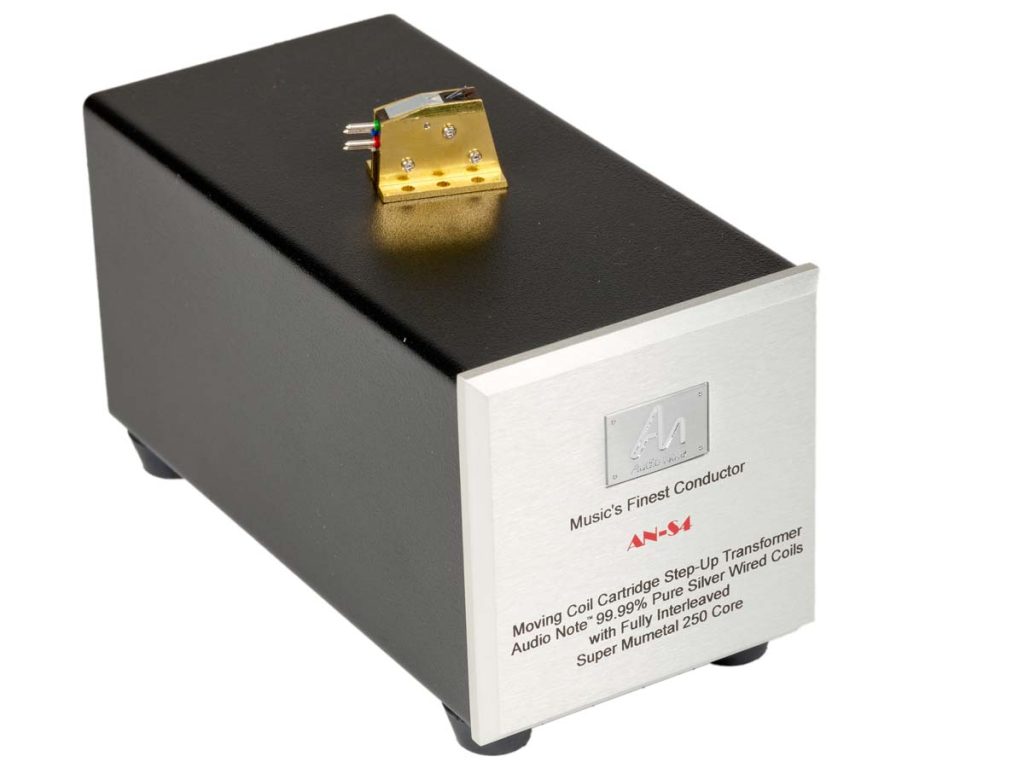 Just a small aside on how the current situation is impacting our work: it took no less than five months from the order being placed with the manufacturer to the friendly DHL driver ringing my bell, all thanks to BREXIT, the coronavirus pandemic and the fact that customs authorities are swamped.

We are also aware that all Audio Note devices only fully blossom when in the company of other family members — the chain concept is not merely a marketing ploy by the Brits but actually makes an audible difference. However, the cold, harsh reality is also that only a select few can afford the complete Audio Note package all at once, so most people must gradually invest in this cosmos, starting at one end of the chain and working through it, piece after piece, cable after device. During a discussion with Audio Note mastermind Peter Qvortrup, we agreed on an introductory piece that was at least small in size: a cartridge system. However, as this concerns a world of pure silver components, make no mistake — even this introduction to the brand cannot be purchased for peanuts. And while AN does offer less expensive systems, we wanted the full experience.

Speaking of the full experience, a system of this quality deserves an appropriate transformer, and it is often said that a transformer is an abso­lute must for a respectable system. I can see how that could be true, and it is certainly the case if you want to get the best of the system. However, I imagine that the IO Gold could provide a fabulous performance even without its friends and family. 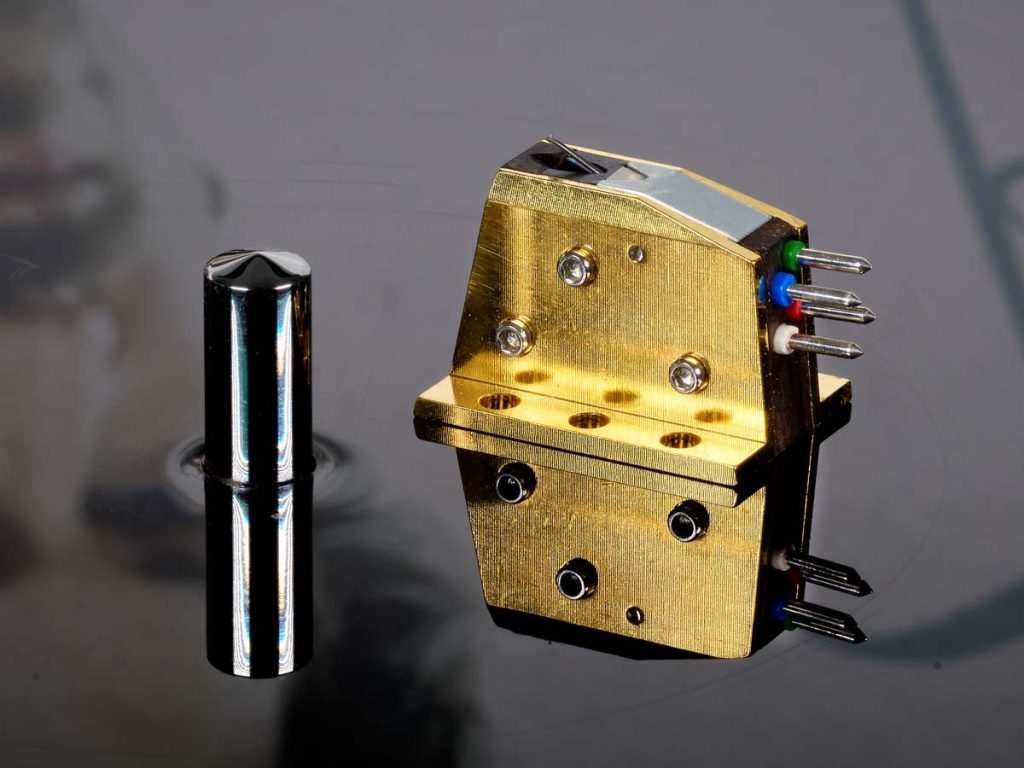 There it was, the beautiful little thing, still napping in a rather fancy wooden box — but not for much longer. Normally, I allow such fragile creatures to acclimatize a few days. However, I was keener than usual to quickly test the IO Gold and ensure it was working in order to allow myself time to respond if it had been damaged in transit. Remember people: five long months…

The Audio Note IO Gold is a thoroughly chunky block which, believe it or not, weighs in at 20 grams. This all comes down to the large housing made of metal, but presumably it needs to be in order to properly install and arrange everything inside. The makers also highly value the system casing’s resonance behavior and thus felt it crucial to utilize a particularly rigid housing, thereby eliminating standing waves and ensuring as fric­tional of a component connection as possible. There’s good reason why the system can be attached to the corresponding arm with six (!) screws. Some exciting ideas have also been implemented inside. Development time was particularly dedicated to the cantilever as Qvortrup felt that this was a major weakness of many existing designs. To strike the perfect balance between keeping it lightweight and achieving maximum stability, they experimented with numerous materials and geometries before set­tling on a titanium tube tapered both inside and out. This being different to a tapered tube formed from a cylindrical piece. According to Audio Note, the key to success is how the tapering progresses as the material thickness reduces. It’s far from cheap though. Given the company own­er’s fondness for silver, it is no wonder that every coil is wound from the finest silver wire. 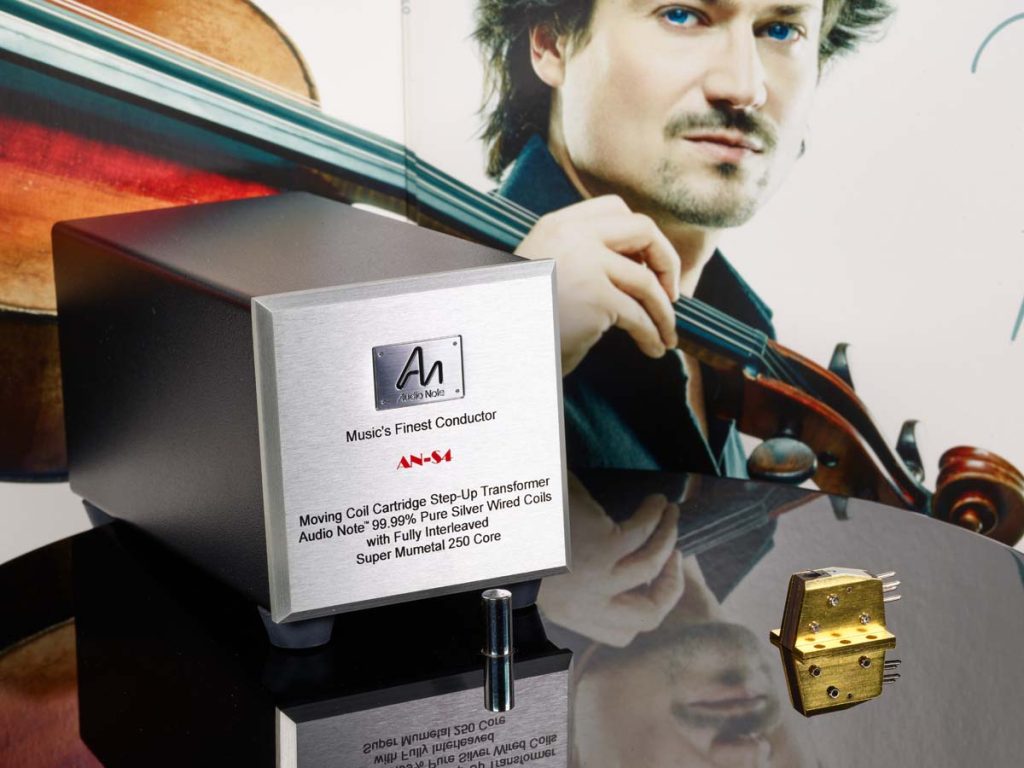 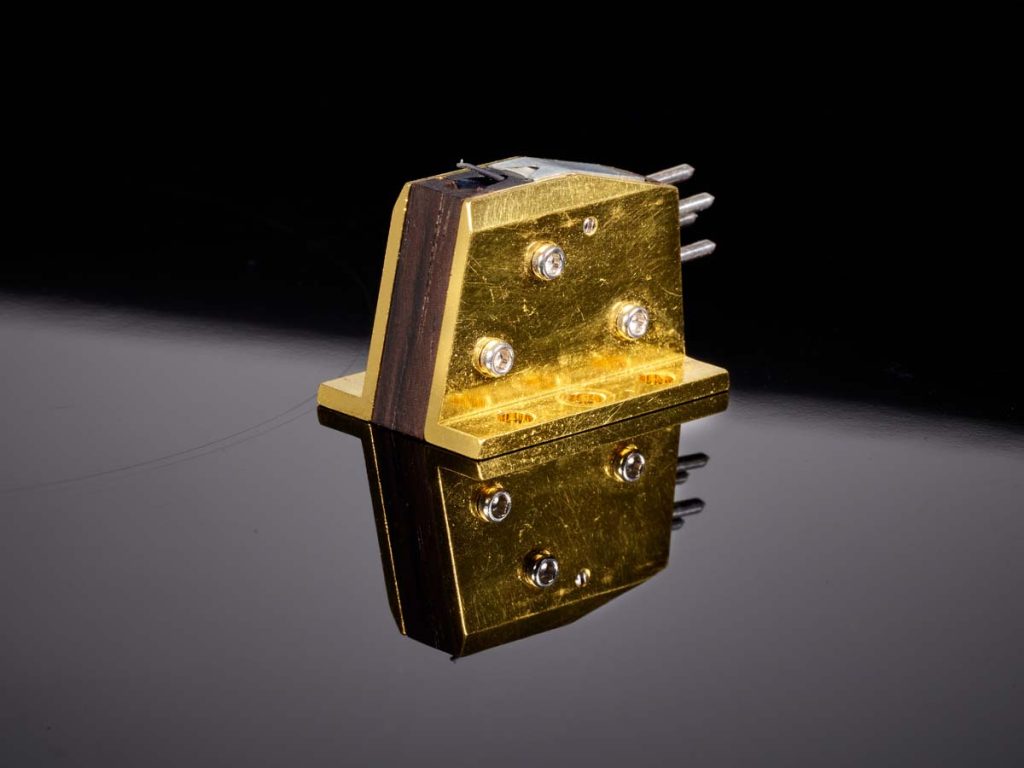 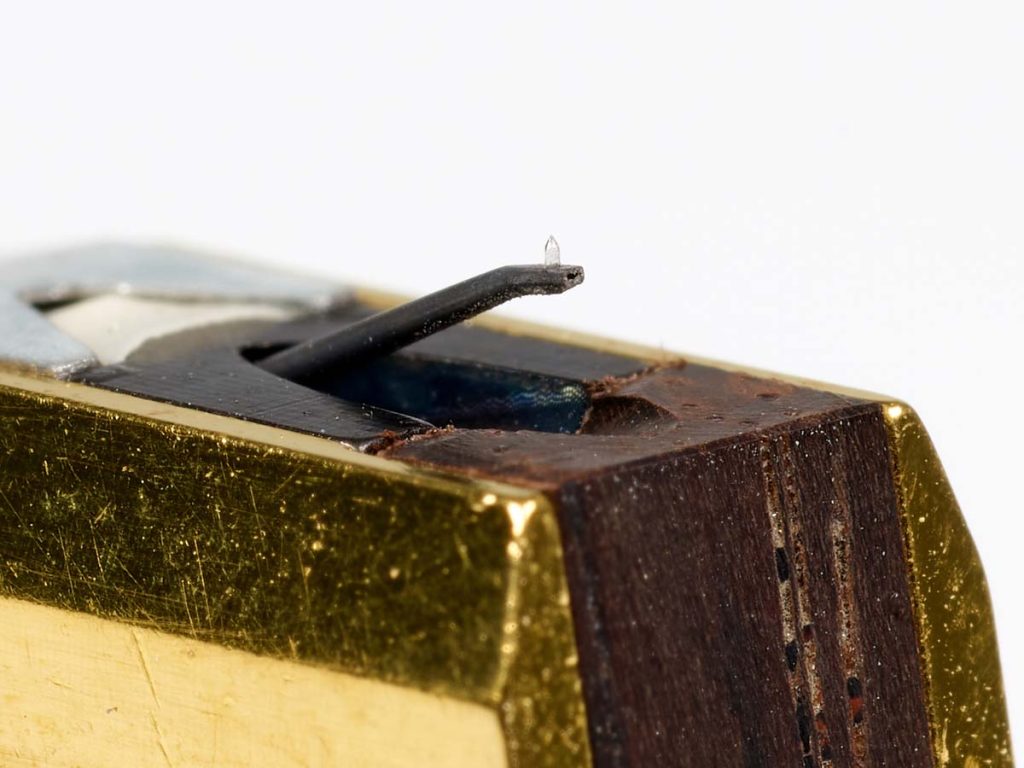 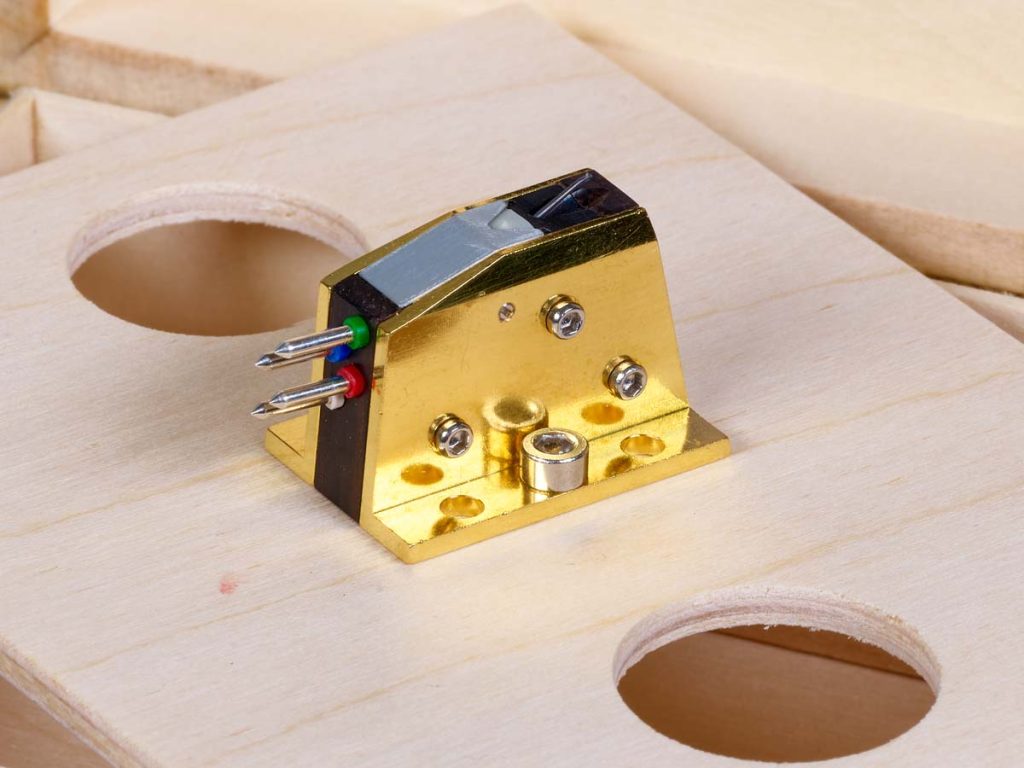 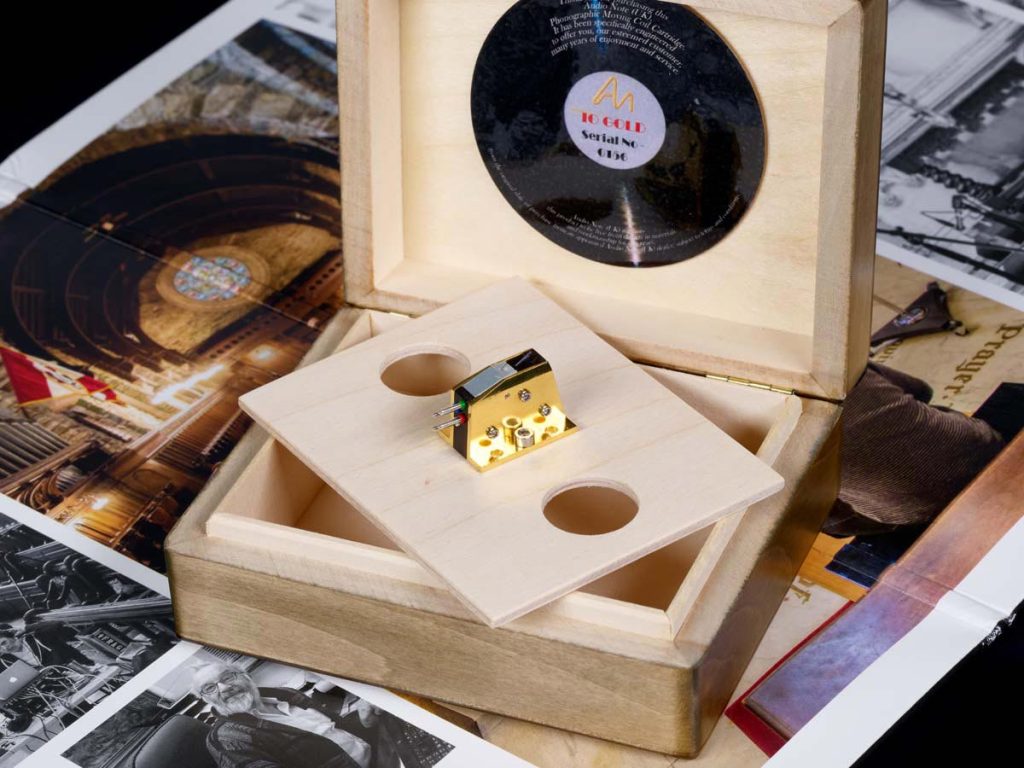 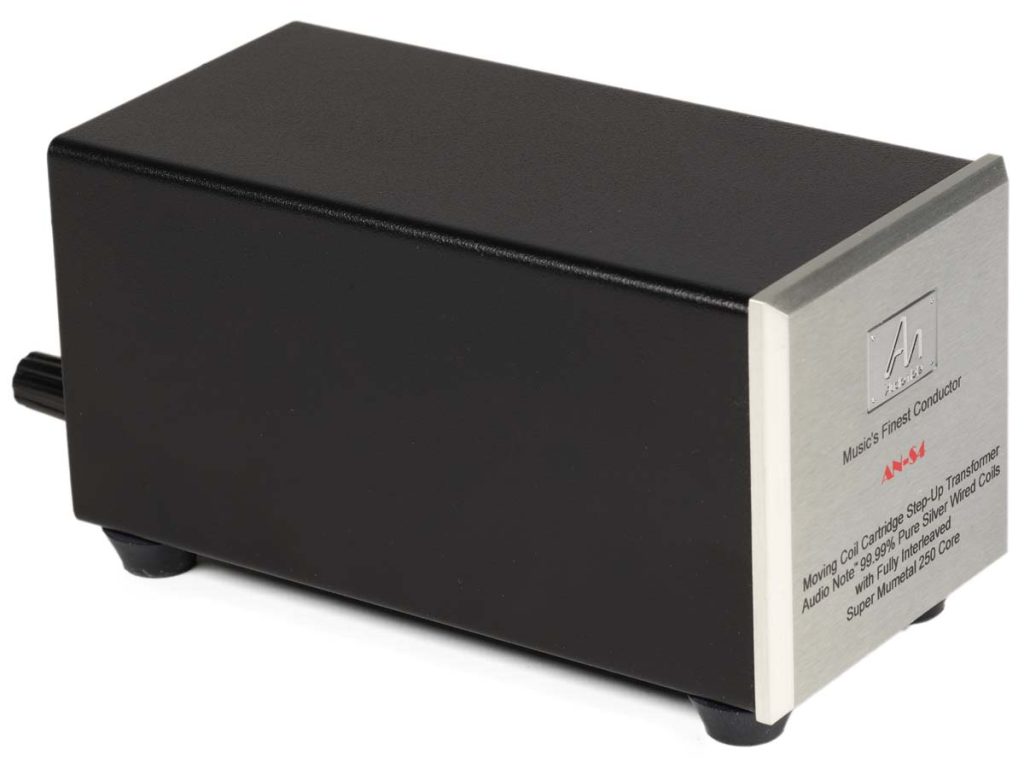 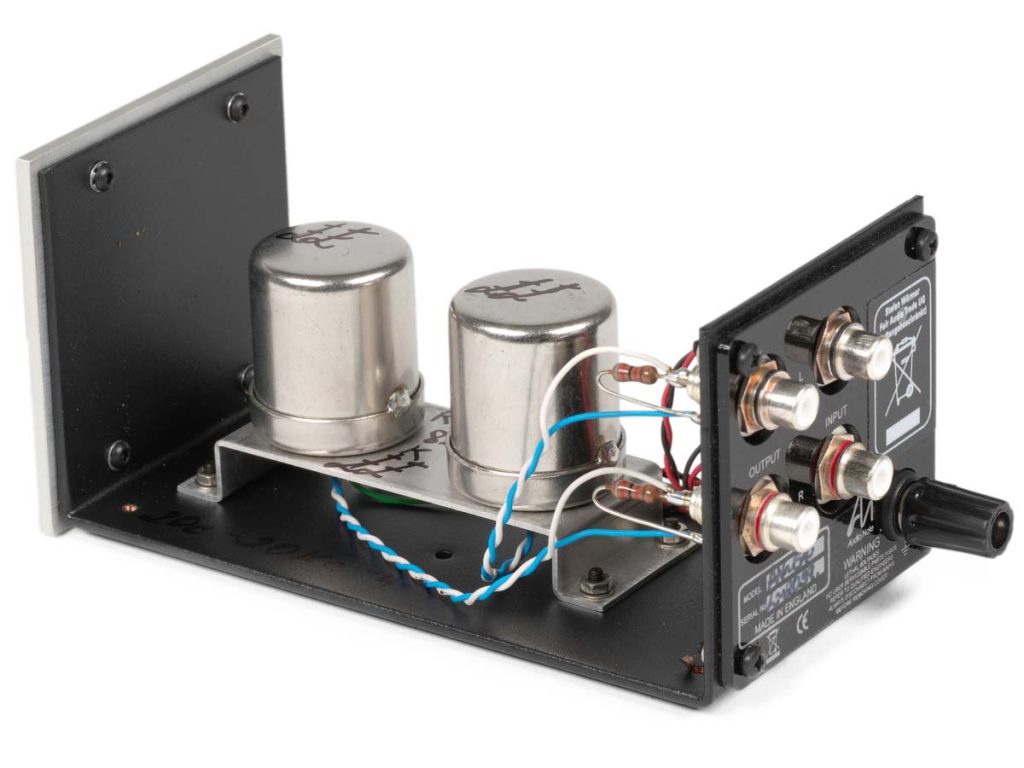 The diamond even has its own cut, which AN developed when they became disappointed with the parts offered by suppliers. It is called the “AN Type 1 Diamond”. Peter Qvortrup was keen to explain its founda­tions: it is a tremendously sharp design based on the original Van den Hul cut, but which should be much better polished. Also — and this is very important to the Brits — it is a natural and not synthetic diamond as, according to Qvortrup, the genuine article is much harder than its in­dustrially manufactured counterpart. Whilst these days Audio Note must make the digital electronics in Lithuania and produce the loudspeakers in Austria, on account of BREXIT, they continually dedicate themselves to little gems such as the IO Gold in good old England.

But how do you even approach a system with this price tag? As a journal­ist, you’re destined to fail as someone will always think you’re deaf and/or bought off. Yet, this also gives you complete freedom. Disclaimer: as I’m typing these lines, the system is already on its way home. Ultimately, the experience is what counts. It’s like with a Leica: if you defined the quality of a camera based purely on the sensor class, every Sony A7 would be considered superior. And so we arrive again at that something which is so difficult to put into words. And it is a very similar situation here.

Richard Strauss’ “Four Last Songs” were playing on the turntable, sung by the inimitable Elisabeth Schwarzkopf. First came the “when,” after a few orchestral lead-in notes, as she deployed that voice of hers, there was resolution, attention to detail and precision. And that was all well and good, but in addition to the where, the how and the what, the IO Gold also seemed to convey the why.

Elisabeth Schwarzkopf was stood there, singing — just for me. Yet with jaw-dropping intensity. I have listened to this record so many times. It is truly quite difficult to describe. Truth be told, this technically rather mediocre recording can be fully reproduced with any half-decent adjusted turntable. However, Elisabeth Schwarzkopf’s vivid, lively, moving and fragile voice always evade most of them. And this is even true with many expensive set-ups, as her performance had never been delivered so intensely for me. This impression noticeably heightened when I con­nected the Audio Note AN-S4 transformer between the system and the preamplifier. Stefan Wörmer, AN’s go-to man in Germany, kindly threw it into the mix for good measure to ensure peak results. An aura such as this is nearly beyond words and can hardly be compressed into a mere review.

So I’m now assessing it as more of an open report. How else could I con­vey that sublime experience? By simply comparing system X with system Y? I could have, and the Audio Note IO Gold would still have stacked up against even the toughest competition.

However, what makes this system and in fact most Audio Note products stand apart would have been missed: a certain musical magic that does not reveal itself to everyone. However, if it does for you, these electronics will offer an experience rarely found anywhere else.