A Passion for Pragmatism

Ed Doggen spent over 20 years working in the automotive industry before successfully applying the high quality standards from that world to his own work in the hi-fi scene. 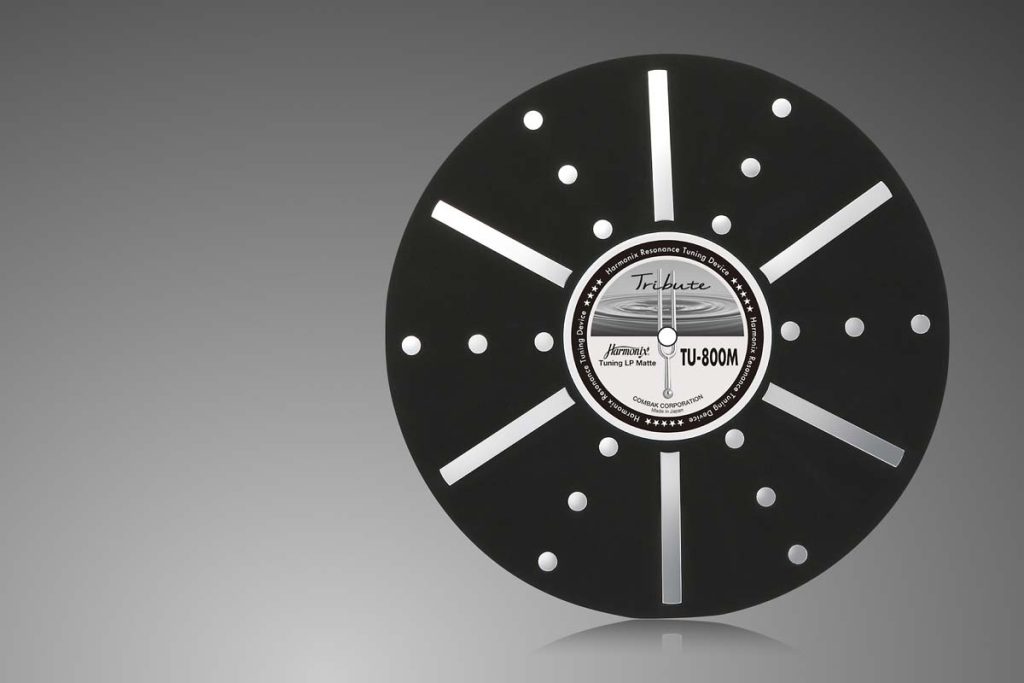 It all began in Nieuwstadt in the south of the Netherlands. Ed Doggen grew up in this little town located directly on the border with Germany and says he was “surrounded by Westphalian culture”. He be­gan working as a qualified Chemical Lab Technician at the Volvo plant in Born and worked his way up to become a Quality Engineer for corrosion and surface engineering. He therefore gained experience in a broad and complex range of fields, as has been the case with his second career in the hi-fi industry. His fascination for music and for playback technology set in at the typical time of adolescence. We ultimately have Pink Floyd to thank for Ed Doggen’s enthusiasm for music. Not so much their massive hit at the time, “Wish You Were Here”, though — he found that to be “alright” but was never quite able to understand why everyone loved it so much. Looking back, though, he felt that those were Pink Floyd’s best years and finds it a real shame that Gilmour, Waters and the others changed tack and veered off in another direction. To a certain extent he changed tack himself and started listening to the “more serious” styles of jazz and classical music. 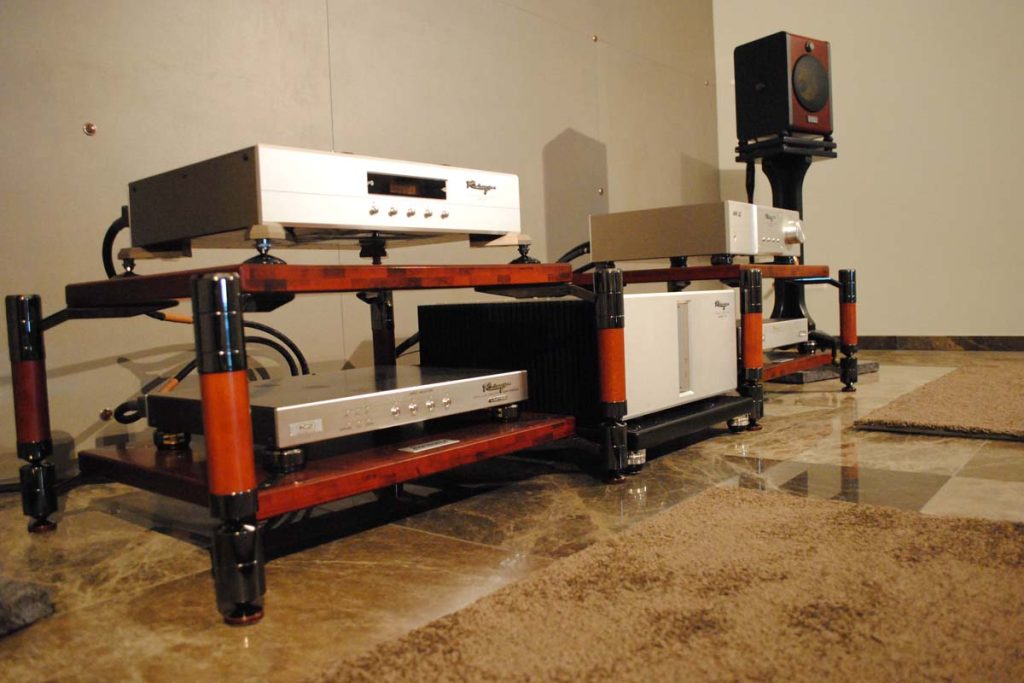 He was also serious about hardware: in the mid 1970s, at the age of 17, Monarch amplifiers were all the rage. At the same time, the classic Bose 301 was launched on the market. There was no doubt about it — these loudspeakers were a must-have. Shortly after, he was stationed as a soldier in Germany and got the opportunity to buy some JBL equipment for a comparatively low price — at a market value of 15,000 Deutsche Marks! This was a huge amount of money for a young whippersnapper like him. It was also at this time that he began to think about turning his hi-fi obsession into a career. Music was the central focus for him. He knew that having an intense involvement with music meant that he needed a really good system, preferably “one with no buttons, just an On/Off switch” — where the focus is stripped back to the bare essentials! He never wanted to be a phenotypical audiophile. He just wanted to listen to music whilst ensuring the best possible quality level. He was particularly drawn to live recordings. The special character and in particular the three-dimensionality of concert recordings fascinated him. He often found studio recordings to be too perfect and thought that they lacked that je ne sais quoi of a concert atmosphere. 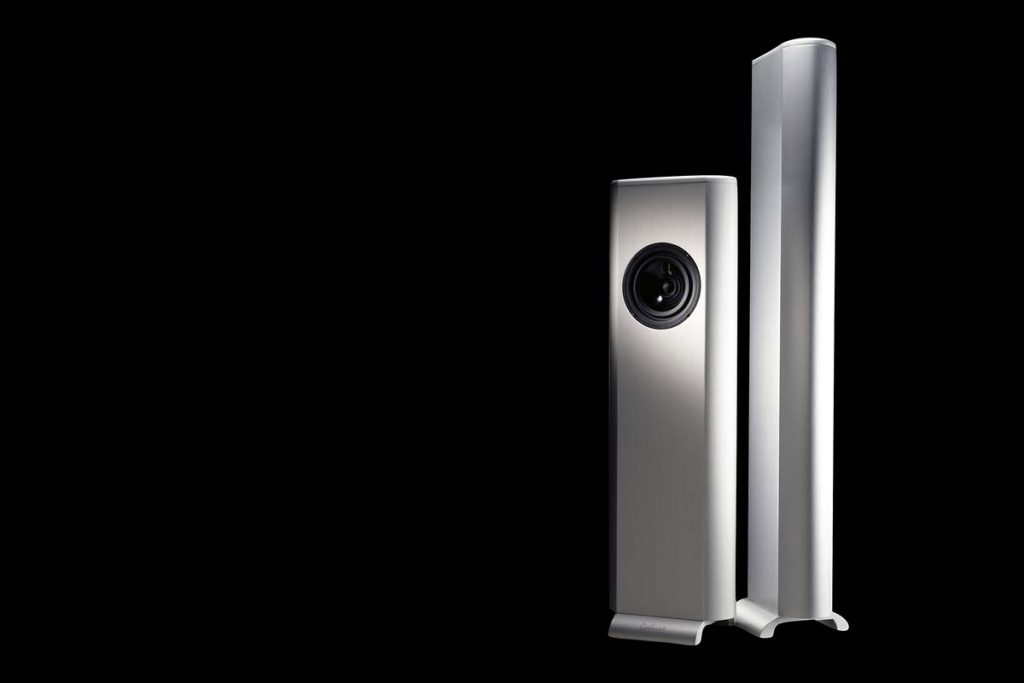 Doggen spent years acquiring more and more knowledge of the mate­rials used in car manufacturing and naturally came into contact with other components outside of his original area of responsibility. This even included so-called “aluminum extrusions”. Around 1989, Ed began experimenting with a concrete box but it remained nothing more than an experiment. Nevertheless, he didn’t revert back to standard materials such as MDF but turned the ideas he had been coming up with over the past two years into a reality by using trusted aluminum to construct a loudspeaker housing. It wasn’t only Ed Doggen that was astonished by the resulting sound: a dealer and friend of his thought that if such a loud­speaker were to go into series production, then customers would have no qualms about paying DM 5,000 for it. With such positive feedback, it became even easier to visualize how such an idea could get the money rolling in — in the meantime, Ed Doggen had learned the basics as part of a master’s degree in Business Administration.

Just to make it perfectly clear: these loudspeakers were not constructed from several pieces of aluminum fitted together but carved from one single piece of aluminum! At the time, this was completely unique and unprecedented. He delved deeper into the possibilities offered by this new material with which he had relatively little experience at the time. It was not until 2000 that he founded his company Daluso (Design Alu­minium Soundsystems) as a side venture to work on in his spare time. He was extremely well versed in materials science and knew exactly what could and couldn’t be done with aluminum. However, he still had a thing or two to learn about marketing and advertising. After he entered the market in 2003, he decided in 2005 to also sell other brands in order to generate more income. 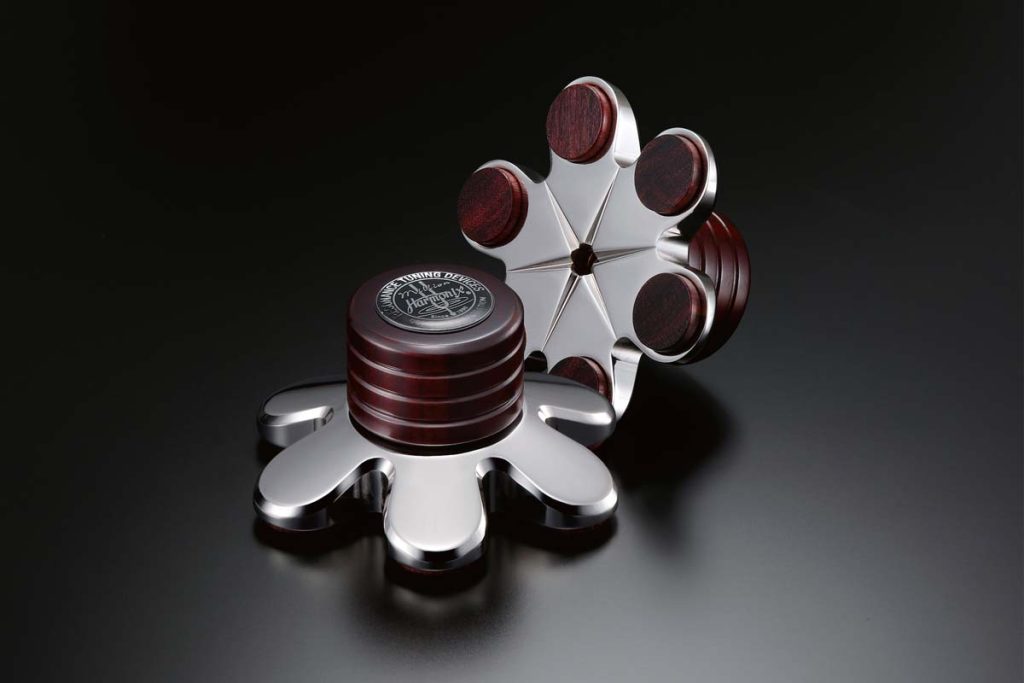 The first brand that he began to sell was Harmonix and its “professional tuning devices”, before later adding Reimyo, Encore, Hijiri and Enacom to his portfolio. He immediately became very interested in Harmonix’s feedback-reducing accessories and the whole plethora of topics involved and realized that there were a lot more cogs in the audio wheel than just loudspeakers. He is currently exploring the topic of “electrosmog” and its influence on sound quality and is looking for partners to work alongside him on the European market. He wants to shed some light on such supposed voodoo topics and provide some well-founded explana­tions. However, he doesn’t want to be referred to as an “audiophile” but rather a “minimalist”. He finally ceased production of his exotic alumi­num devices in 2010 and started fully concentrating on accessory sales, an area in which he currently occupies a very strong position in Benelux, both in terms of business success and reputation.

The quality standards that he became accustomed to during his time spent working as an engineer have become ingrained in his psyche. Offering expert advice, supplying detailed information and providing excellent service are the principles that he lives by and which ultimately enable customers to rectify their romanticized audiophile world view based on hard facts. The fact that he is not so much a salesman as some­one extremely enthusiastic and knowledgeable about the subject matter at hand is a real plus point in his favor — the fact that he truly specializes in this area really counts for something. As he is and always has been a one-man company, he can take decisions and get down to business quickly, unlike the big players. 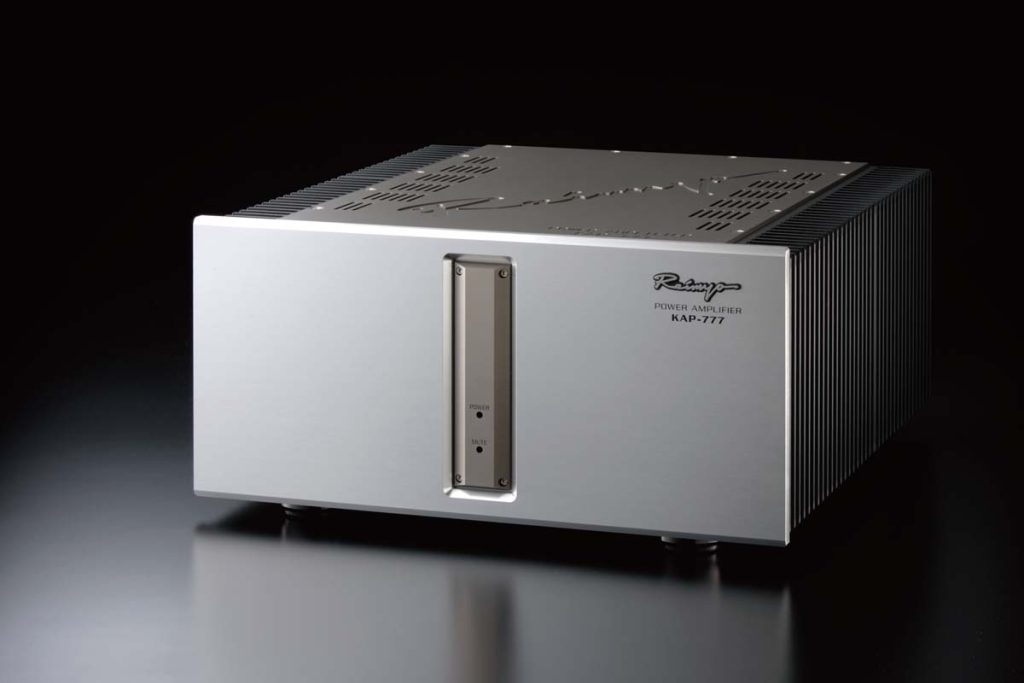 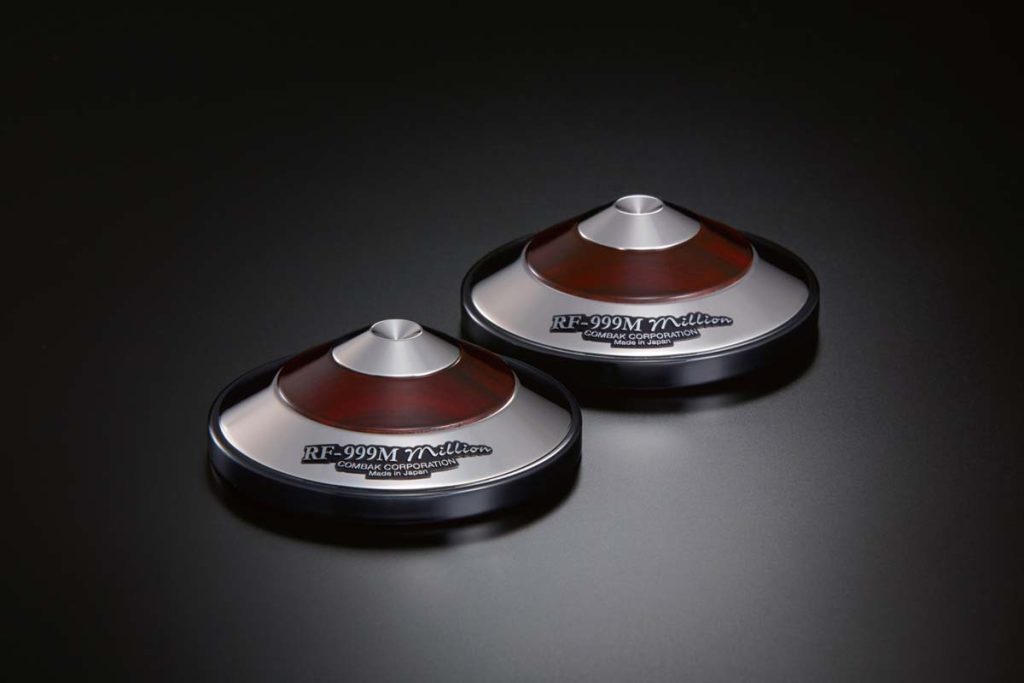 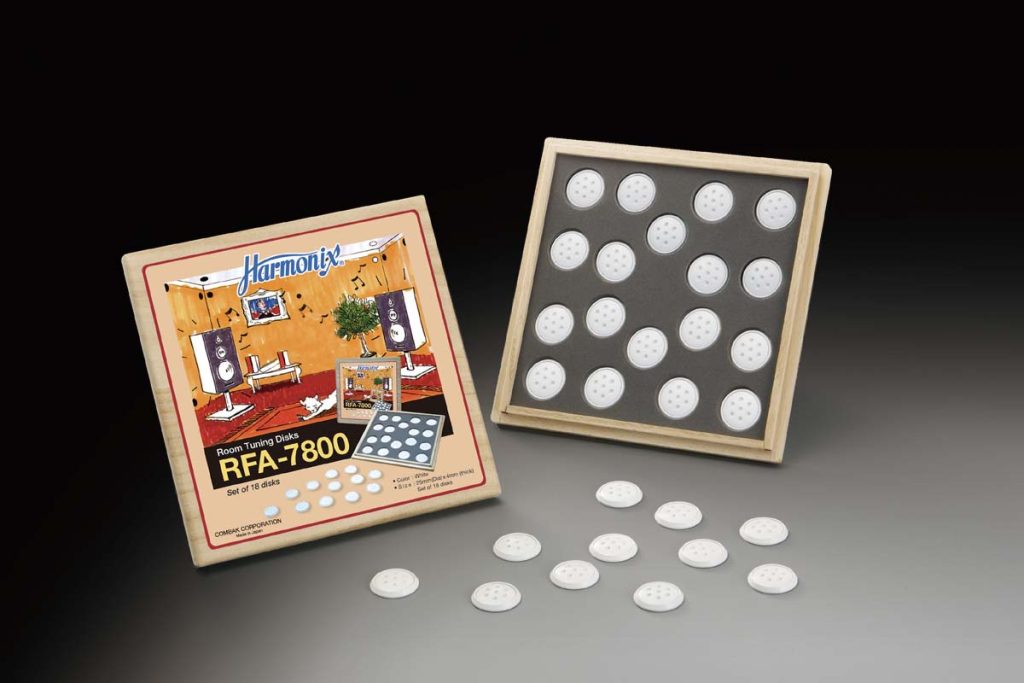 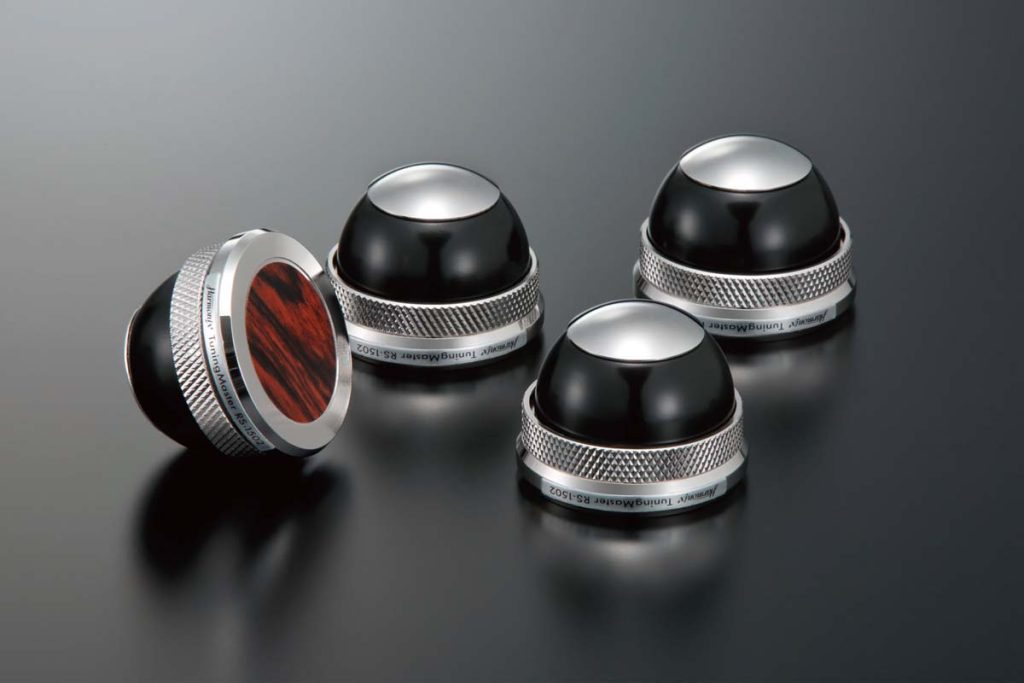 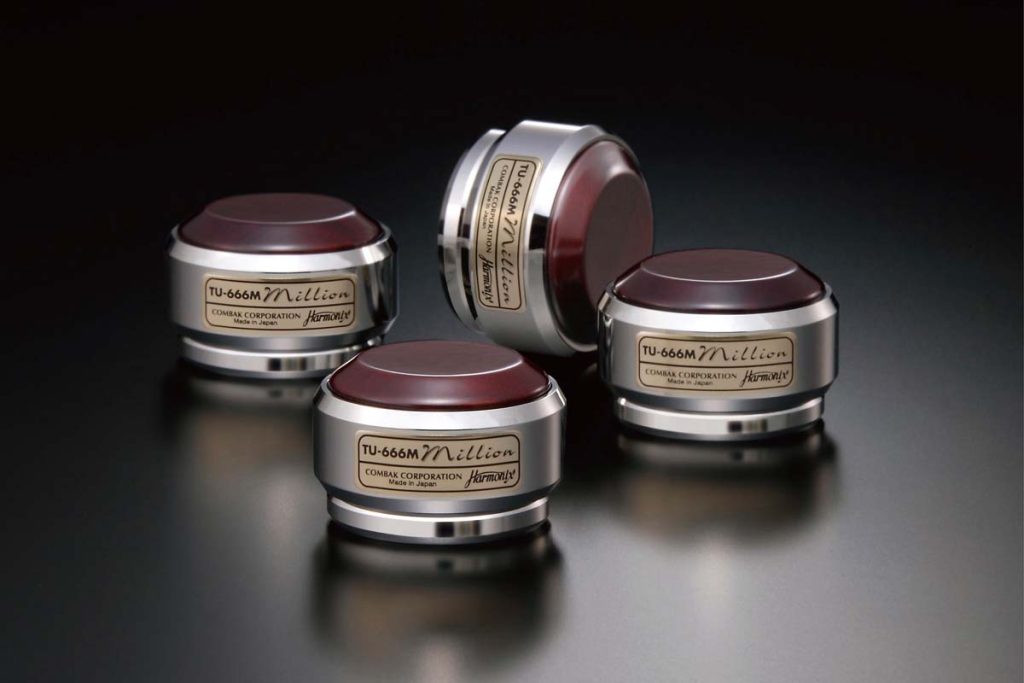 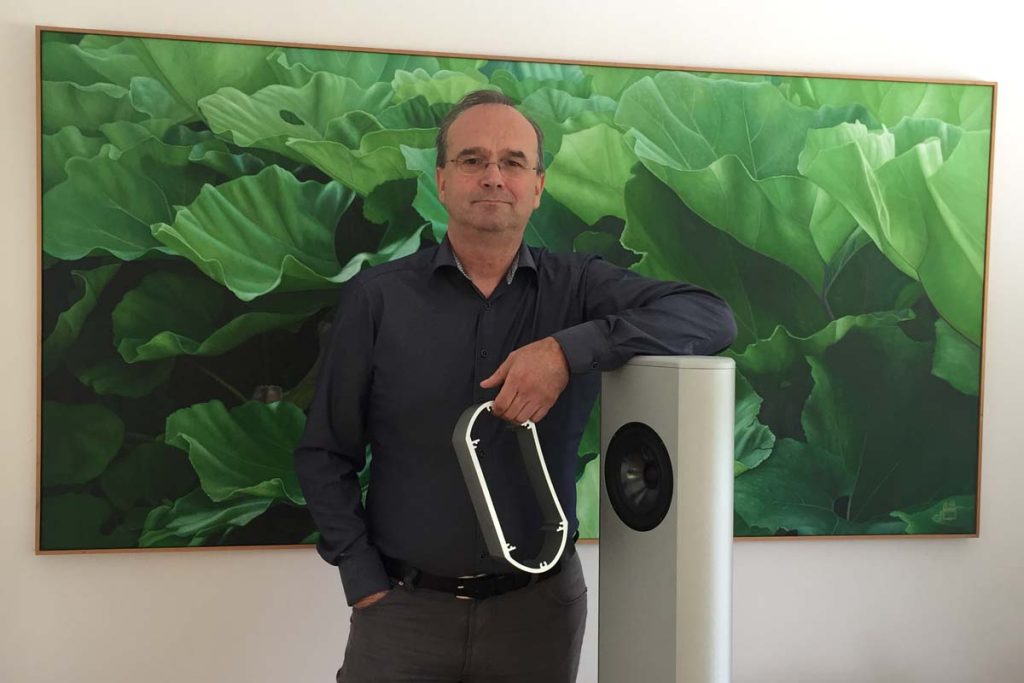 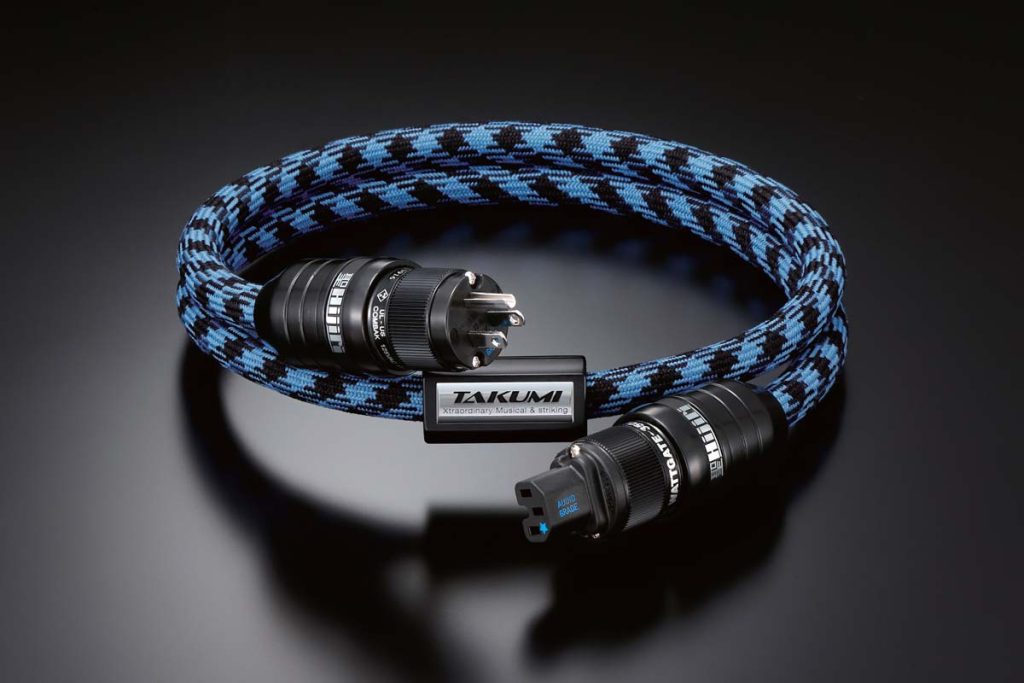 In his own pragmatic way, he even goes so far as to say: “Hi-fi isn’t my passion. What I’m really passionate about is listening to music whilst ensuring the best quality level possible and not idealizing hi-fi.” This attitude really came across when I spoke to Ed Doggen personally. He also tries to educate his customers with this approach as well: “I have noticed with many customers that they often get themselves caught up in a real ideological hamster wheel whereby they truly believe that their system sounds wonderful when it really doesn’t. Initially they seem in­terested but as soon as they hear the word “accessories” they completely switch off. And their systems are sometimes really expensive systems that unfortunately just don’t sound expensive. You have to be very diplomatic with them and tread carefully. You can’t just say: ’It doesn’t sound good’.” Ed Doggen gets his customers to rate their own systems using a points system ranging from 1 to 10. Most of the time they come up with a 7 or an 8. “I don’t then say that I would have chosen a different number but: ’You see, there is some room for improvement.’ By doing so, I can prove to the customer that the current situation is good but could be better.” The customer then already starts to feel like they’re on the right track. Then he carries out an analysis of the basics. How is the system set up and what cables are being used? Doggen’s customers often can hardly believe that you can achieve so much with so little and are then open to the idea of other tuning products. “I help the customer every step of the way until we achieve the end result so that they understand exactly how we got there. There is then a good chance that the customer will have found their system for life.”

Without any guidance, the road ahead can be difficult to navigate and full of pitfalls, according to Ed Doggen, as end users get confused by all the conflicting information out there. “I always say that most systems still have a fair way to go in order to achieve great sound and perfect condi­tions. I once went to visit a customer who was interested in Harmonix products. He knew his stuff and was even part of a hi-fi club. He thought that his system was already in the perfect position and that all he needed was some feedback-reducing accessories.” The first time that he listened to the system, though, Doggen could already tell that the set-up of the loudspeakers was not quite right. But the customer didn’t want to change anything. It had actually taken him two years to get the setup the way it was. Doggen suggested marking out on the floor where the loudspeakers were originally positioned in case they needed to be put back. “As soon as we repositioned the loudspeakers and the first notes came out of them, his wife looked at me with her jaw wide open and said: ’We never thought such an improvement would be possible.’ At the end of the day though, experience is everything! You can’t expect end users to have acquired so much detailed experience, even if they really know their stuff. You need a lot of knowledge about systems and loudspeakers and how they behave in different spaces. High-quality music playback is the over­all combined result of the system and the space, and even electrosmog is playing an increasing role.”

Ed Doggen is flying the flag for bringing sidelined topics such a feedback and electrosmog into the mainstream. He is planning to set up a new webpage containing scientific information about these issues which he will tweak to make more digestible for end customers. His main focus though will continue to be carrying out on-site consultations for customers where the music is played and needs to be enjoyed. And of course he will continue to do this with his trademark passionate and pragmatic approach.

Volume up or down? A very quick interview with Ed Doggen where we wanted them to respond as fast as possible.

Volume up or down? – Down.
Analog or digital? – Neither.
Tube or transistor? – Both.
Vinyl or download? – Vinyl.
Cross-country run or gym? – Cross-country run.
Trends or tradition? – Tradition.
Tea or coffee? – Tea.
Salad or steak? – Both.
Wine or beer? – Neither.
Mountains or the sea? – The sea.
Book or screen? – Screen.
Jazz club or opera house? – Jazz club.
Bach or Beatles? – Bach.
Wagner or Wacken? – Both.
Stand-by or plug out? – Plug out.