Physics – That’s Where The (Musical) Action is!

For many people starting up their own businesses, using their own initials in the company name would seem the obvious thing to do. Hans M. Strassner also opted for HMS. Back then he didn’t know that HMS stands for “Her Majesty’s Ship” in the context of british naval vessels. 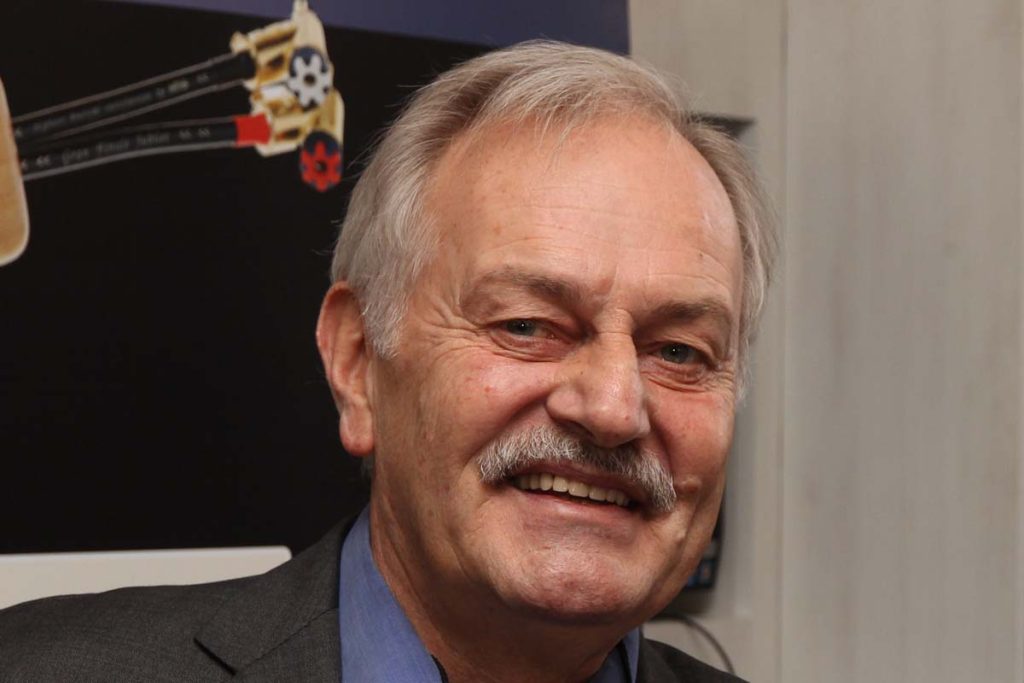 Nonetheless it is a coincidence that couldn’t be more apt, since a similarly illustrious reputation precedes HMS products in the hi-fi industry. After working for twenty years in industrial metrology R&D, Strassner joined the high-end community in 1993 and got established from a standing start.

Hans M. Strassner was born in Landeshut (Kamienna Gora) in what is now Poland and grew up in Lüdenscheid. Mother’s modern Grundig music chest really impressed a young boy growing up in post-war Germany; Verdi’s La Traviata was played on it “ad nauseam”. This initial musical spark was soon followed by his first electrical engineering efforts involving tube amplifiers and loudspeakers. He maintained his course by doing an engineering degree in Technical Physics, majoring in Electrical Engineering. HMS was soon selling and modifying so-called lock-in amplifiers made by a leading US manufacturer. This is a category of device used in basic physics research to measure the faintest of voltages and currents. We are talking twelve to fifteen zeros after the decimal point here, i.e. picovolts and femtoamperes — in figures that is: 0.000 000 000 001 volts or 0.000 000 000 000 001 amperes. A single story was all it took to change the course of HMS Elektronik’s history. Back then FIDELITY writer Jürgen Schröder had written an article about cables for another magazine. Hans M. Strassner was also experimenting with new loudspeaker wiring at the same time and came across that article. He sent our man Schröder a low-inductance, highly interference-proof cable right away — it was worth trying it out as a loudspeaker cable. This cable was originally designed for use in high-temperature superconductor measuring units. Nevertheless its audio environment impact was amazing; during the audio test they conducted together, Schröder and Strassner were thoroughly impressed by an auditory vividness and three-dimensional sound image that they had never encountered to that extent before. The test report that followed literally caused “the phone to ring non-stop for weeks.” Two decades of R&D experience meant that HMS was to a certain extent an expert in the subject, and from that point on it was a piece of cake to design and develop custom products for the audio industry as well. 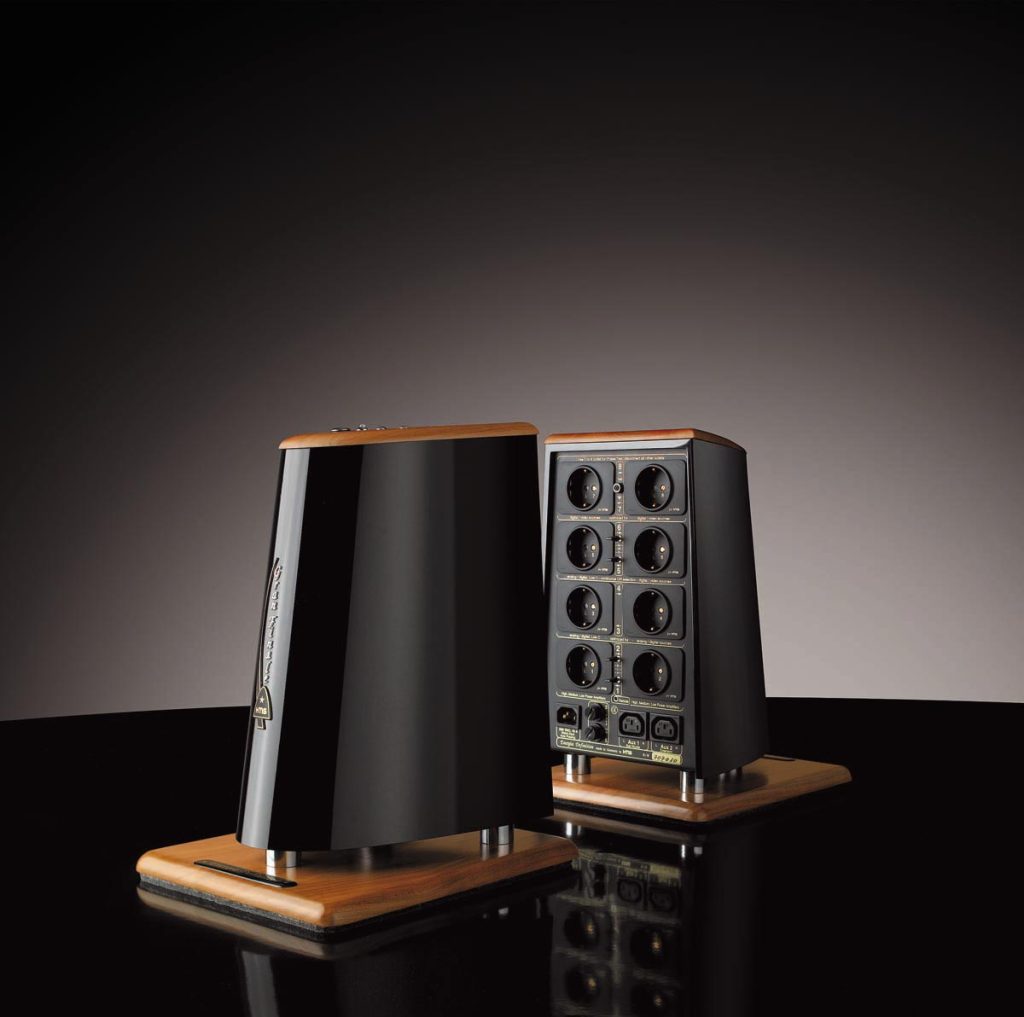 Nowadays the company’s product range includes everything that paves the way for a great sound experience from the building’s electrics to the loudspeakers. The objective is “to get cables out of the wastage habit.” Hans M. Strassner believes that the listening public is well aware of how crucially important cables are; awareness of the issue has even increased. Over the final couple of yards, an unsuitable choice of cable can practically ruin the performance of premium hi-fi components. HMS’ latest sensation, the Energia Supréma power cable, is likely to prevent that kind of thing happening. Here HMS has worked towards delivering a zero-loss design, with the result that cable is being touted everywhere as an industry gold standard.

A mere half a dozen employees focus at HMS Elektronik on German-speaking markets. Whilst the other side of the Pond is a very tempting prospect, that market is too much of a challenge for an SME. Hans M. Strassner prefers to maintain his ties with the scientific community: He continues to take on consultancy assignments, on behalf of clients like the Fraunhofer Institute. Physics is also a part of his private life. Whilst he is keen on sailing and at a younger age he also rowed and occasionally ventured to do a tandem parachute jump, what really gets Strassner going are scientific papers on astrophysics and cosmology. Is there any room for music at all in a life characterized by such scientific endeavor? Very much so! Soft sounds from sing­er-songwriters like Fabrizio De André or Allan Taylor, smaller classical music ensembles for preference, because it’s easier to discern those subtle sound details like the movement of a bow across a violin string or a musician blowing into a wind instrument. Strassner, master of the cable, calls “When I Need You” by jazz singer Jocelyn B. Smith his favorite song. An emotional song indeed. Like when customers often react emotionally, even if only technical or pragmatic issues like cables are involved. One caller literally said, “Last night my system sounded simply divine and that wasn’t down to the wine or my wife beside me. Early this afternoon it sounded like you could give it away. How is that possible?” After fitting a set
of HMS cables, the fresh feedback from the customer sounded more positive: “Now my system sounds like it does every Sunday evening.” 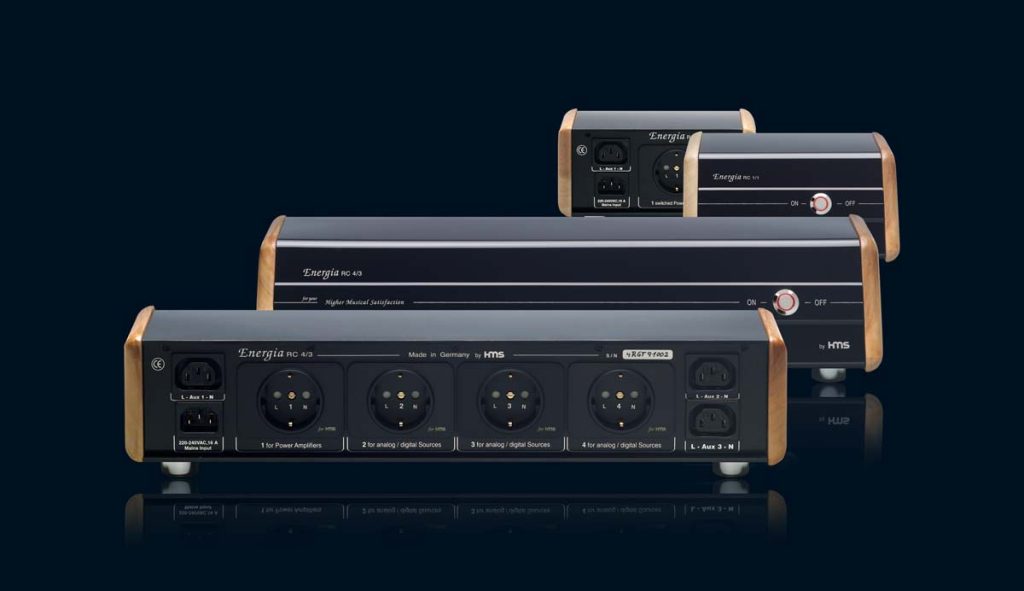 Volume up or down? A very quick interview with Hans M. Strassner, CEO of HMS Electronik, where we wanted him to respond as fast as possible.