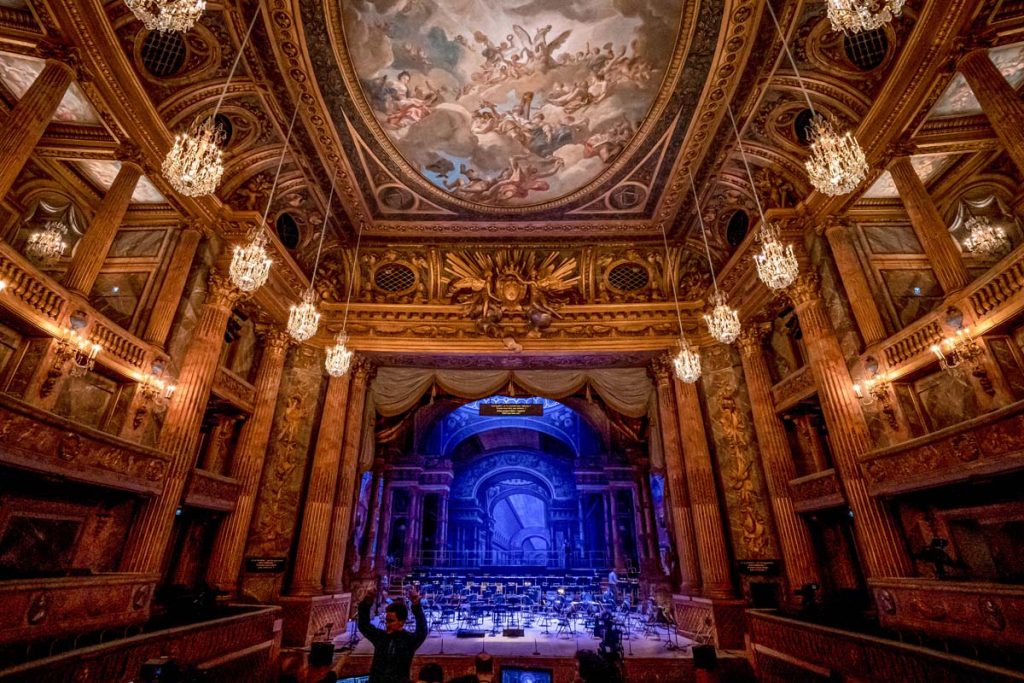 Pretty much any concert hall in the world has more charm than a parking garage. But when it’s something really special among all these gems that you’re looking for, the choice is much more difficult. Not least because we have already had some magnificent and representative halls in the magazine. So I asked my concert travel memory and some of my colleagues: Which hall is exceptional for you? The result was  the Opéra Royal in the Palace of Versailles.

Everything about this house defies the usual standards, but there is something very special about being allowed to wander through the bowels of this juggernaut of a chateau with a backstage pass.

The entrance is rather unpretentious: a gray gate with only a small bell button next to a parking lot without a sign allows access. After various security checks, you finally get your personal pass and can climb up steep stairs to the opera house. The first sight is overwhelming, because one enters the hall via the stage area, which is not only enormously deep and high. No, all the supporting structure is still preserved in its original form, an immense skeleton of artistically interconnected wooden beams supports the roof and the various stage machinery. A similar museum-like experience continues when you climb under the stage, where you can see the original stage elevators, with the help of which the actors can suddenly “appear” at many places on the stage. What is also very special about this construction, made entirely of wood, is that it is constantly in motion. If you stand very still between the scenery of the side stage during a rehearsal or performance, you can not only hear and see the action, but also clearly feel how the machinery works.

The dressing rooms are not worth mentioning – narrow, winding, accessible via narrow stairs. However, they are also not the reason why one would want to play here. 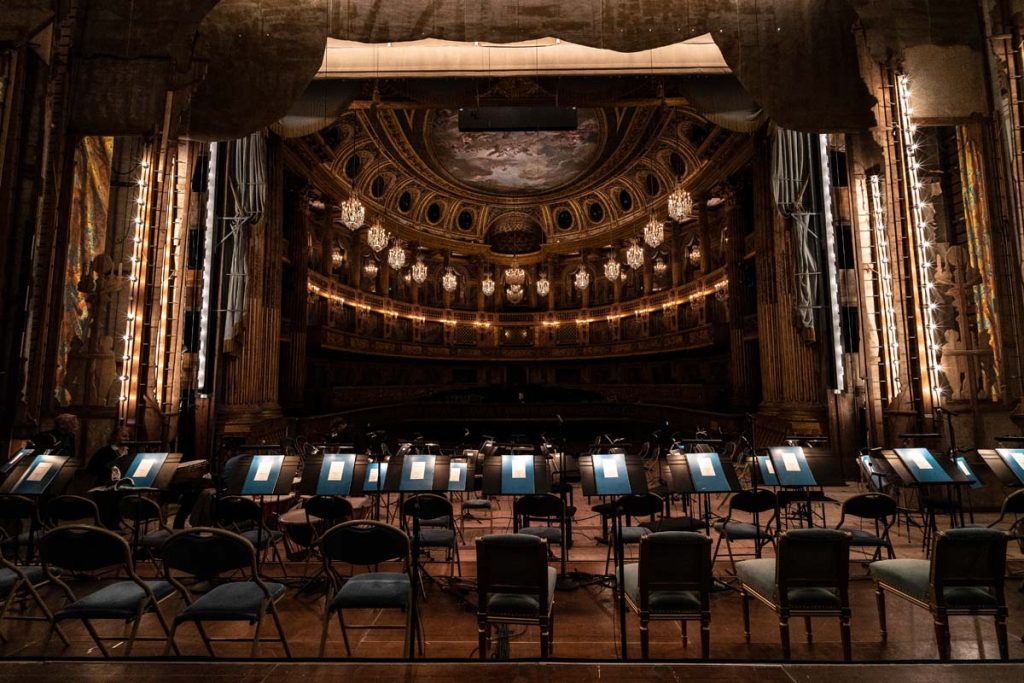 Not even the surprisingly spacious – up to 80 musicians can be seated here – and not particularly comfortable pit appeals. It’s the overall atmosphere that this building breathes from every joint. For although every opera house in a small German town has more than the 700 seats offered here, here one constantly has the feeling of being allowed to participate in something very large.

The acoustics are an extremely successful mixture of clear articulation (because of the numerous ornaments on the walls, which prevent any smooth surface, and the many velvets) and pleasant reverberation (because of the quite considerable room height). In the pit you can hear the singers perfectly and even understand them, which is by no means the case in every opera house.

The performances begin only a few hours after the castle has closed its doors to the public. In the meantime, you can use your backstage pass to walk around large parts of the castle, which is now in semi-darkness; no tourists are in the picture, no noise blocks your imagination. These moments are absolutely priceless and always make me feel grateful for having chosen exactly this profession.

And as if that weren’t enough, Versailles has a first-rate selection of restaurants, as long as you ignore the more tourist-oriented establishments in the immediate vicinity of the palace and at least direct your steps to the very charming marketplace and surrounding alleys.

The Cultural Office of the Palace of Versailles regularly has special performances recorded and produces CDs and DVDs.