Swiss singer-songwriter Sophie Hunger is a true chameleon of the international music scene. At times mostly inspired by jazz, then influenced by the blues, next motivated to again project a lonely-guitar-hero image, Hunger is always reinventing herself, sometimes even several times on the same album. Fans who enjoyed her previous albums may well be astonished by the reinvention on her latest album Molecules as she has taken a decidedly electro route, a direction she refers to herself as “minimal electric folk.” FIDELITY author Roland Schmenner had an opportunity to speak with Hunger about her most unusual and best album to date while the artist was in Berlin. 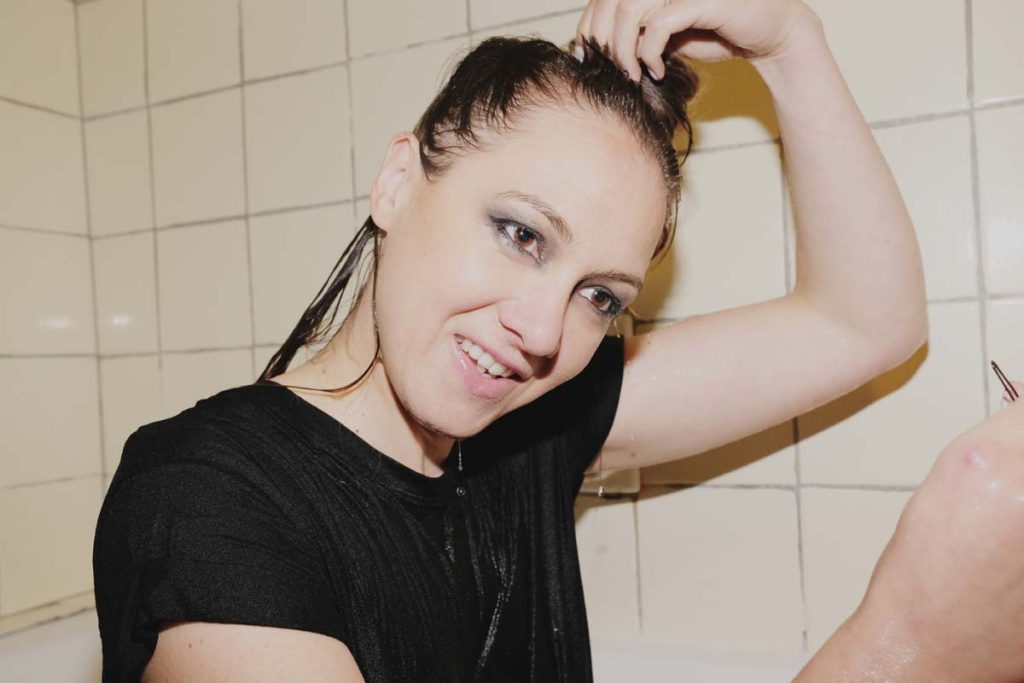 FIDELITY: I have to say, I was both confused and impressed by your new album. It’s not the same Sophie Hunger from your previous albums. The singer-songwriter vibe and jazz style have all but disappeared and been replaced with a strong sense of electronica.

Hunger: You’re totally right. Last year, I spent a lot of time in the US working on electronic sound design and, above all, Proteus X. I generally wanted to become more independent and work with drum machines and synths on my own. At the same time, however, I also wanted to create some tight constraints for myself in order to really hone in on my musical ideas. That’s why you’ll only find drum machines, synths, a guitar, and vocals on the new album.

FIDELITY: Nevertheless, as a listener you get the impression you’re still predominantly taking a classic approach to songwriting: That is, melodies and harmonies serve as the starting point for the ideas behind the songs. Or does the album have songs based primarily on a sound or beat concept?

Hunger: Yes, I still write the songs the traditional way: with a guitar. But the album does have the odd track or two: like “Tricks,” for example, where a specific beat concept actually first came to mind, in this case a classic krautrock beat. After I had come up with the initial ideas and finished some test recordings, I looked for a producer who could assist me with the idea of adhering to the restrictive constraints I had set myself; Dan Carey proved to be the perfect partner.

FIDELITY: The beginning of the album in particular brings back childhood memories of the typical analog sounds of the late 1970s, specifically “Magic Fly” by Space. How did you come up with this specific signature sound?

Hunger: The lion’s share of the album was actually recorded in London, but we also took a technology trip to Switzerland. Fribourg is now home to one of the largest collections of analog synths you can find. Over the last 50 years, Klemens Trenkler, a musical equipment dealer and collector, collected pretty much all there was to collect in terms of synths. He’s now donated these objects, really a one-of­a-kind collection in the world, to the SMEM [Schweizerisches Museum für elektronische Musikinstrumente, or Swiss Museum for Electronic Music Instruments]. But these aren’t defunct museum pieces. They can actually be played. The collection includes the legendary Yamaha CS 80 from the 1970s, for example. I used this synth when producing the album. The exciting thing about working with these devices is that they have a certain unpredictability about them but also provide a frequency range that’s unbelievably multifaceted compared with today’s machines.

FIDELITY: I hear a lot of enthusiasm for these analog devices in your voice. Are you just as fascinated with analog music playback? Do you feel like CDs, vinyls, hi-res files, MP3s, and the like are all the same or do you have a favorite format you prefer to hear your music reproduced on?

Hunger: No, of course they’re not all the same. In an ideal world, CDs would’ve never been invented. If you’ve ever listened to a vinyl copy of A Love Supreme by John Coltrane on a seriously good system, you can’t help but cry. Everything else pales in comparison with that perfect sound, a sound that’s pure gold. I’ve noticed that a lot of people are no longer able to deal with a broad dynamic and frequency range. They think that only playback with a lot of treble coming straight out of a smartphone is good. By contrast, though, the groove is the mask of frequency, and the transience of the groove triggers emotions. My fascination with vinyl does, however, also stem from a very personal vocal experience. My vocal frequency profile has a small gap in the upper midrange, so for recordings I sometimes have to get a bit of help from an equalizer. It’s much more noticeable on digital recordings and with digital playback than analog reproduction, which sounds more complete.

FIDELITY: Let’s talk about your current album now. This time everything is in English with no digressions into different languages like on the previous album. Does that have anything to do with the fact the album was produced in London?

Hunger: Actually, no. Stripping it back to just one language was also related to the idea of restricting everything to the bare essentials. This was the first time I’d ever set myself some clear rules before production. Until recently, my albums were quite eclectic, both in terms of music and language. The challenge this time around was sticking to the constraints. The British record label and the recording location of course played a role, but ultimately the whole album needed to be cast from the same mold.

FIDELITY: So you didn’t deviate from the main concept of electronic music?

Hunger: Only indirectly. First, we recorded the beats in the studio. Then, Julian Sartorius, probably the best drummer in Switzerland, came and laid out all sorts of unusual percussion instruments and sound generators on the floor and improvised live with the finished electronic beats. We then edited and compiled those recordings with the original versions. In part, we also sampled and electronically modified his acoustic sounds until they had a technoid feel to them, which ensured the album’s overall character remained intact.

FIDELITY: How will the album be presented on tour? Will you play the beats and sounds live? Will you run samples and loops alongside the vocals? A live concert for this album would surely have to be a bit different from your previous concerts, wouldn’t it?

Hunger: Of course we’re keen to play everything live. We’ll have four musicians on stage, including me: two drummers for the electronic pads and one for the standard drum set; all the musicians will also play keyboards, and I’ll be playing the guitar and, of course, singing. There might also be an acoustic instrument or two thrown in for good measure.

FIDELITY: I assume you’ll also play your older songs during the live sets and all this will presumably affect them, won’t it?

Hunger: Definitely. We’re currently working hard on experimenting. Some of the results are astonishing and even serving up some surprises for us.

FIDELITY: Since this is a high-end magazine, I have to pose a question about sound quality, of course. I found it really good on your new album. Generally speaking, what’s your experience in the recording studio been like in terms of the sound quality of current productions? Do you support the notion that the sound quality of recordings these days is getting worse and worse?

Hunger: Yes, to a certain extent. I sometimes feel as if the skilled craft of sound engineering is a dying art, at least in terms of sophisticated listening and balancing.

FIDELITY: Artist friends of mine keep telling me that record labels continue to up the time pressure. Is this true for you, too?

Hunger: I’m in the fortunate position that I can pay for my production work myself up front. That gives me decision-making power over the production process. And, as a musician, sound quality is sacrosanct for me, which is why I might be investing more time and money in it than is typical for the industry.

FIDELITY: Not your average recording situation then.

Hunger: No, not at all. But I’m certain all the effort and commitment will pay off in the long run. I also couldn’t imagine anything worse than listening to one of my old albums and thinking it sounded like it had been thrown together cheaply. We make music because it’s important to us. This also includes the overall aesthetics, of which sound quality is part and parcel. Anything else would be insincere.

FIDELITY: Thank you very much for talking to me and the best of luck for the upcoming tour. 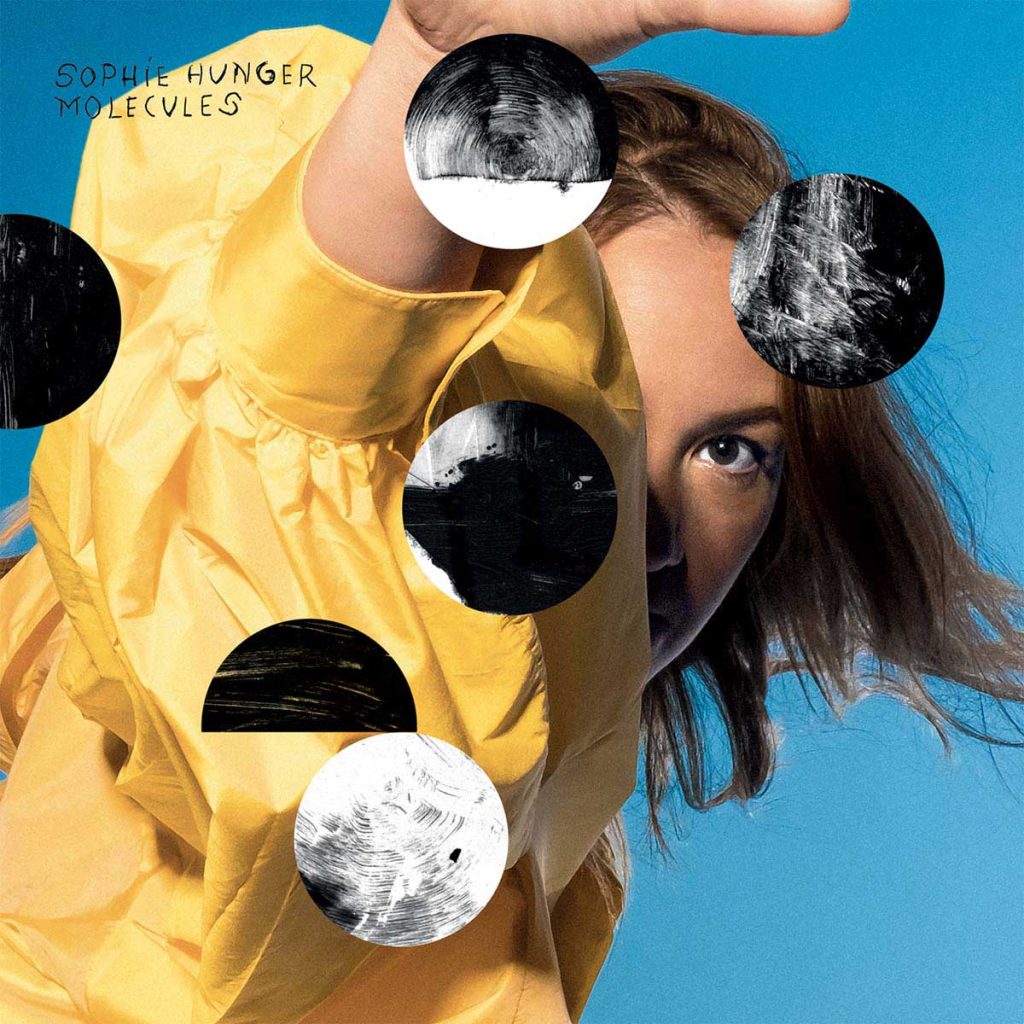