Subbase Audio may not be one of cheapest suppliers on the accessory market, and the products created by Thomas Schlipper are often disproportionately heavy. Nevertheless, here at FIDELITY, we like them a lot. There are two main reasons for our enthusiasm: The products are always top-notch in terms of workmanship, and they offset their high price with excellent sound quality – like the Vinyl Harmony Clamp. 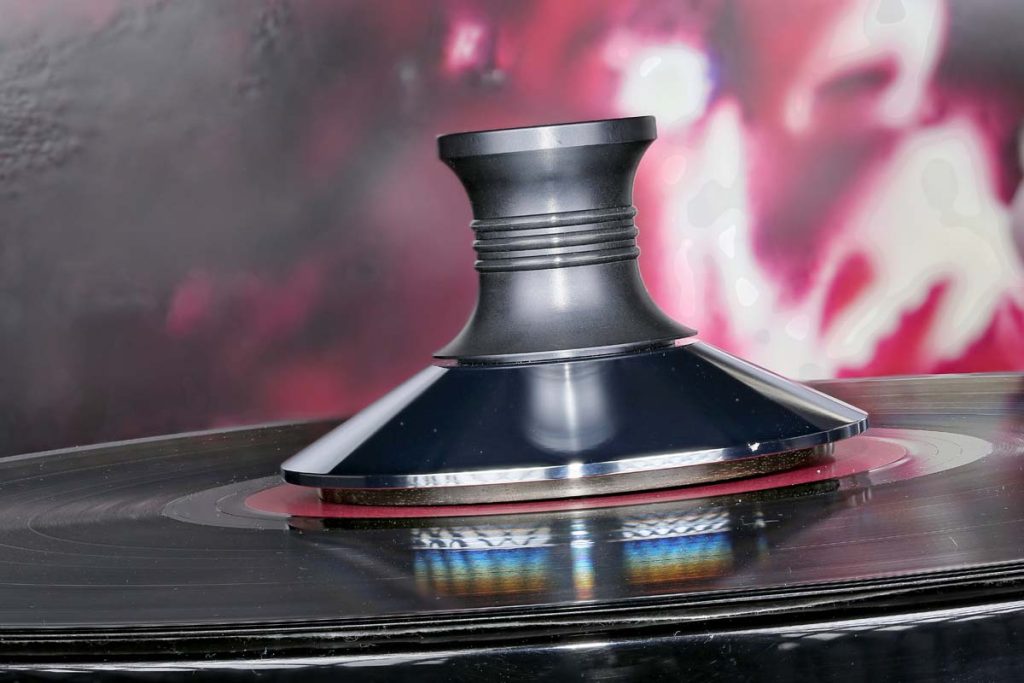 Weighing in at 460 grams, the Subbase Audio Vinyl Harmony Clamp is also a relatively heavy product for its type, but it’s a featherweight in comparison with this manufacturer’s bases for devices and speakers. There’s a second version of the clamp that weighs only 200 grams — probably just light enough for most subchassis turntables to deal with. The impeccable ebony disk comes nestled in an exceptionally robust hard plastic case and peeks out at your from the foam lining. A first glimpse tells you the label is slightly misleading: It’s not a record clamp at all; it’s more of a record weight that slides over the spindle to sit on top of a record. But, in light of the nearly half kilo pressing down on the record label, the difference is pretty academic. The Harmony Clamp bears down on the vinyl with a layer of ebony containing sunken titanium screws and a high-density chrome platter made of aluminum or a bronze alloy (200 or 460 grams). The ergonomic handle has inlaid rubber rings to ensure a secure grip. A high­gloss, black LFG432 lens on the upper side is designed to harmonize electromagnetic fields. Schlipper claims this innovative technology works in a radically different way compared with other sound-tuning products on the market. 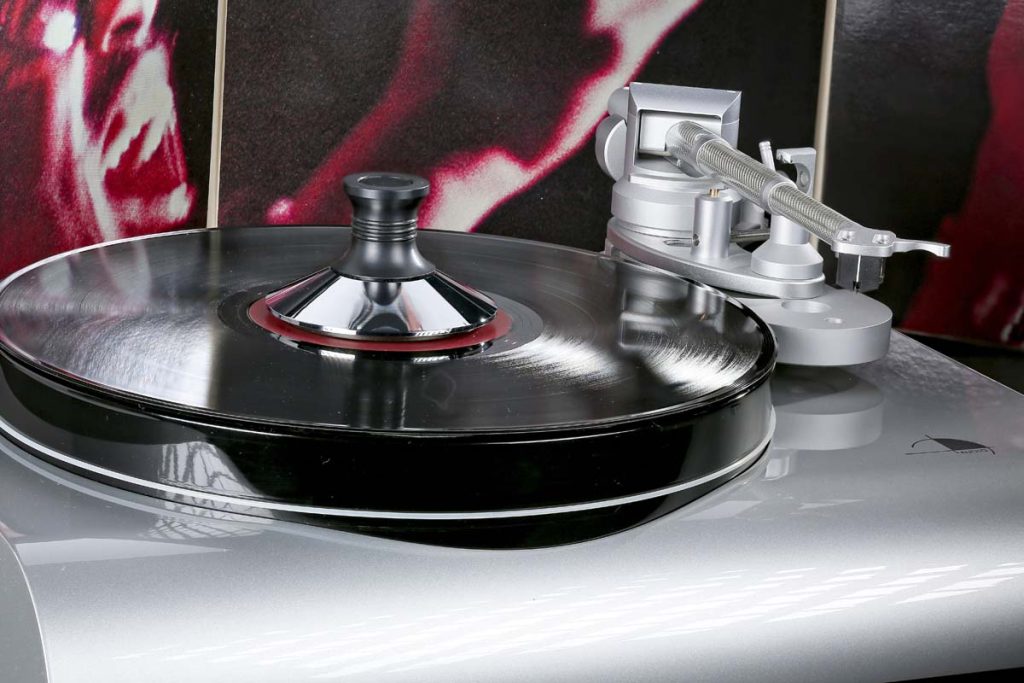 Record weights are normally a good idea for nonsuspended turntables such as my Feickert Firebird because they almost always bring some sort of improvement. The vinyl is more firmly stabilized and vibrations during playback are more effectively transferred. But significant sound differences exist among the various record weights out there, probably due to the way they deal with the absorbed vibrations. In my view, using ebony for dampening purposes seems a promising approach. Schlipper, however, asserts the secret to the Harmony Clamp lies in the combination of materials, which has more of a harmonizing than a dampening effect.

No matter: The first impression I get is of a more firmly rooted, earthier, woodsier playback with the double basses and violins. But this first impression falls somewhat short of the mark. In point of fact, the signal-to-noise ratio appears to be higher, bringing a clearer, more compact sound across the entire frequency range. Powerful voices, such as Etta James’s on the At Last album, are given greater emphasis. But it’s easier to locate the rhythm group in the background as well, with the orchestral parts also given better definition and greater depth. Unfortunately, it remains unclear whether the Harmony Clamp’s magical LFG432 lens makes any real contribution to the end result. But it doesn’t seem to have any negative effects either. As far as the overall sound is concerned, there’s no doubt in my mind that the Harmony Clamp has a positive impact. Why not give it a try. You’ll definitely hear the difference!