AudioQuest’s thinker-in-chief William E. Low has rendered sterling service to the cause of melodiousness with the aid of a number of products. But an unprepossessing accessory of all things is in fact one of the closet stars of the product portfolio.

The “Record Brush,” a carbon-fiber brush modeled on the legendary Decca brush has been a bestseller for over 35 years now. Yet designers are restless souls, which is why the AudioQuest Anti-Static Record Brush, an enhancement of the original, has been available since 2018 and priced at around 20 Euros. 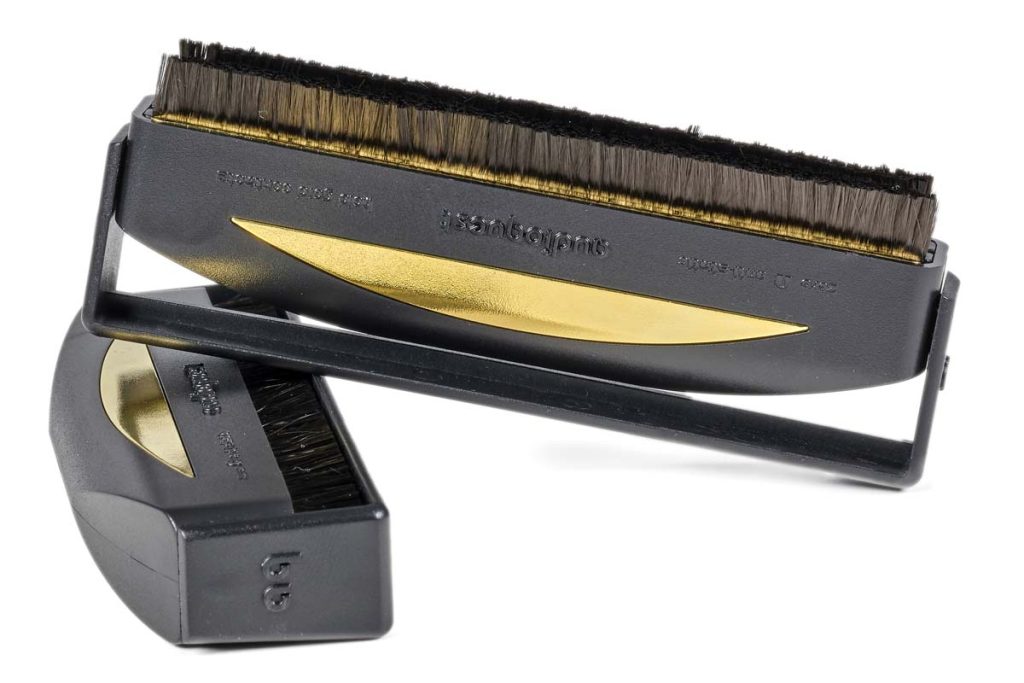 AudioQuest attached great importance on the new model to the conductivity of the carbon fibers and the handle detail, which shimmers in an elegant shade of gold. Compared with its older sibling and the large number of competitor brushes, the Anti-Static features a better electrical interface between fibers and handle detail. Furthermore, the handle detail’s innovative coating — which AudioQuest refers to as gold contacts — ensures the required degree of conductivity to the user’s hand. It functions like that and ideally as “earthing” for the static electricity, which then — wipe and gone — vanishes from the record and eradicates that unpleasant crackling noise. The fact that the carbon fibers also remove the pickup head’s worst enemy — namely dust that drowns out great grooves — from the grooves in the record is a given. That’s what these brushes are there for and designed to do, which is why you will find one in most vinylophile households. Users of vastly cheaper carbon brushes pipe up straightaway and start doom-mongering about charlatanism and daylight robbery. Take it easy. To start with, one can objectively state that — even compared with the older AQ brush — a very much higher quantity of carbon fibrils form the material basis for these twin-row brushes. Furthermore, these fibers are elastic enough so as not to damage the sensitive record.

As they are also particularly fine, the Anti-Static can really tackle microscopic dust and dirt. A record that has been dusted and freed of the causes of crackling using this brush always sounds like new. But we want to listen to that ourselves. Let’s do the practical test. 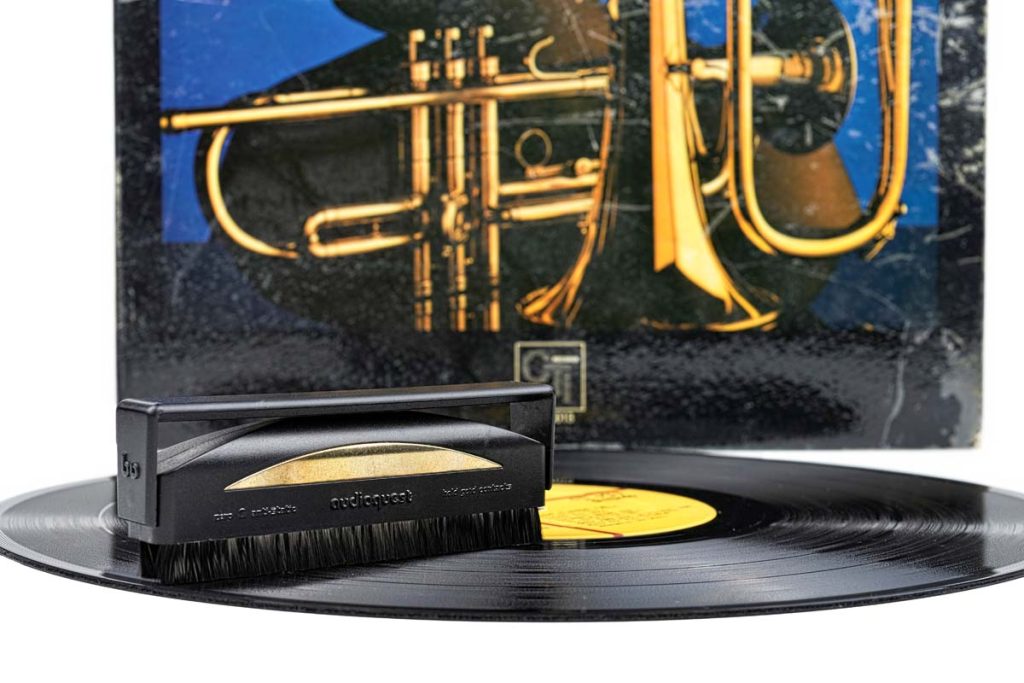 The new edition of legendary CTI production First Light by hard bop trumpet icon Freddie Hubbard is placed on the turntable, which starts moving, and I lower the Anti-Static — of course held correctly at the gold-colored grip points — carefully onto the vinyl. As always when using record brushes, you need to bear the following in mind: If the bristles start bending, you are applying too much pressure. That can lead very quickly to disimproving damage. So the Anti-Static feels comfortable when held loosely and gingerly between the tips of your fingers, and the LP is grateful for being handled so gently. But not too loosely, otherwise the brush could fly off when being raised. So how does it perform? In a nutshell: very effectively. That’s because the test LP was one of those crackling, bottom-of-the-barrel new buys, which just like the cheap imitation cover had made it one of my most disappointing purchases. I had actually preferred my 35-year-old original LP. Thanks to the Anti-Static, the LP no longer features that annoying crackling and now sounds much more nuanced and dynamic than before. The fact that the original is still the better choice is down to the DigitalMaster, and the AudioQuest brush can’t change the lousy digitalized cover back into a wonderful analogue photo. At any rate, the Anti-Static Record Brush does a good job and is highly recommended, so that’s why it’s allowed to touch all my vinyl gems. 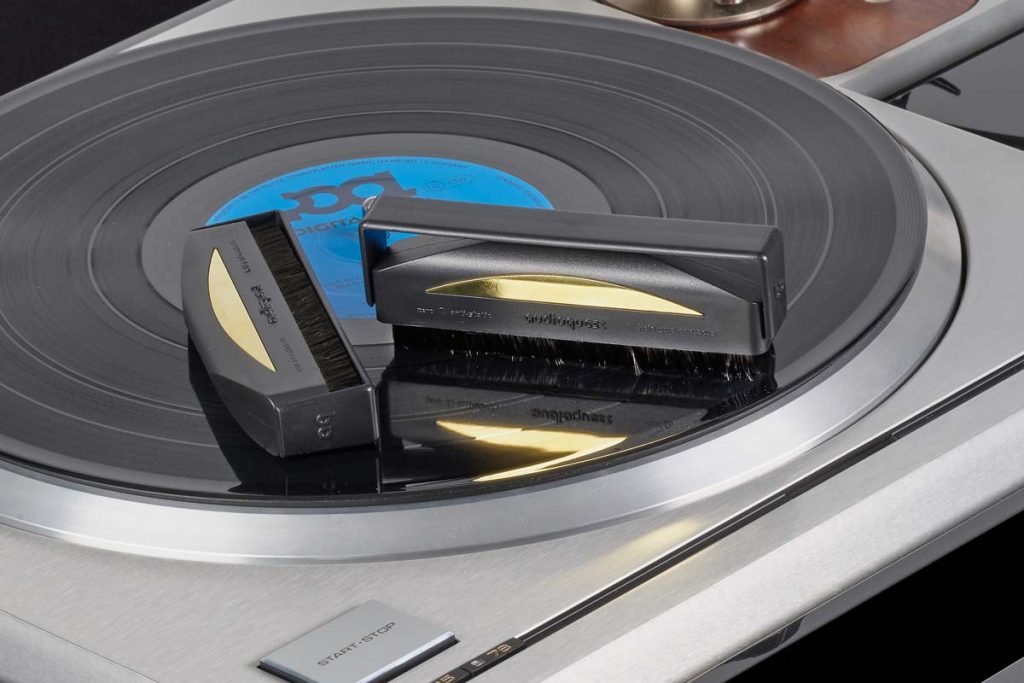