Building a loudspeaker always involves compromise. But in a case like the FinkTeam Borg, an auspicious combination of 30 years’ experience, passion, and cutting-edge technology has redefined the two-way concept itself. 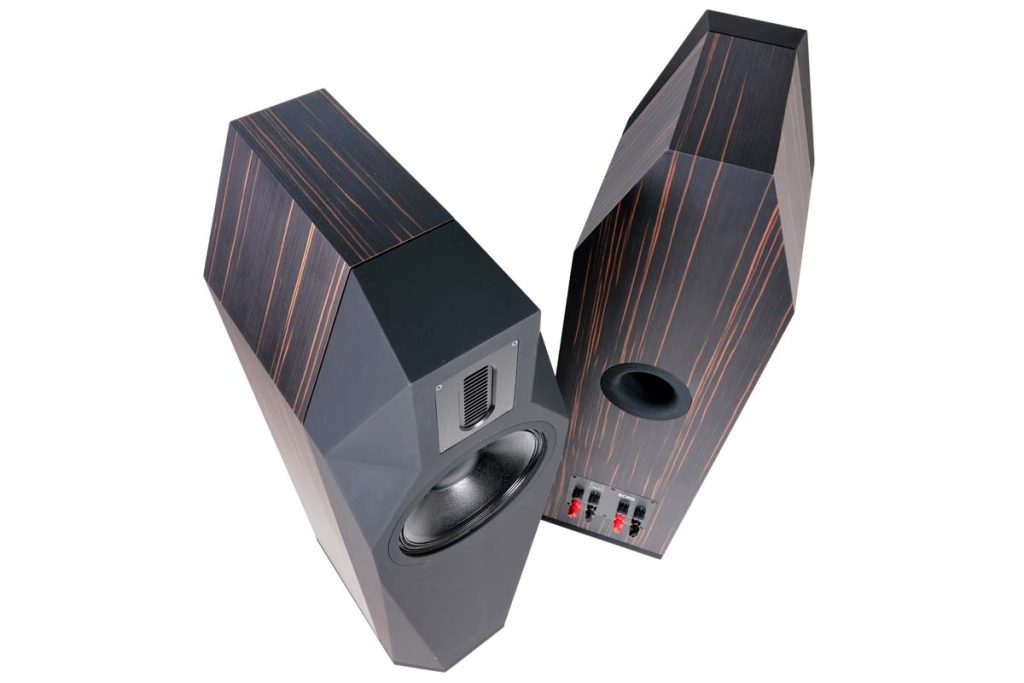 Surely someone out there has inventoried all the loudspeakers that Karl-Heinz Fink has played a role in developing. And without a doubt, the list they’ve come up with is incredibly long. That lets us draw a number of conclusions: Fink knows his stuff and has figured out where all the leverage points are located for exploiting a speaker’s technical performance and achieving the desired sound. Although this applies to a lot of other loudspeaker developers as well, Fink has a decisive advantage over them: He’s a freelance developer. This means he has worked for a wide range of customers and never been forced to conform to a particular product or strategy template. He’s had to bring fresh ideas to every project he’s taken on, giving him a broadness of approach uncommon in the hi-fi scene. When you walk into the vast majority of showrooms, you’re told that the approach used by the particular system being sold is the only game in town. And in the next store you visit, you’ll hear something quite similar about the completely different equipment being showcased there.

But when you talk with Fink, you won’t hear him issue such categorical statements. Taking a pragmatic approach, he’ll describe his measurements and experiments, go on to tell you about the conclusions he drew, and then explain how he successfully implemented the findings — one step leads to the next. FinkTeam crafts its own prototypes, allowing it to swiftly to put its theories to the test. This gives it an important advantage over other development groups at companies. Fink also provides a pragmatic answer to the question of why they would choose to build such a huge and expensive two-way speaker in the first place: While admitting it’s an unusual step and conceding that many customers expect a few more chassis, Fink points out there’s a lively market for highly refined concepts, particularly in Asia. And besides, he acknowledges (a satisfied expression spreading across his face), the FinkTeam built the Borg for another reason: “Because we can!” This claim might seem a bit audacious, but Fink’s impressive background forces me to admit: He’s one of the few people capable of backing up an assertion like that. 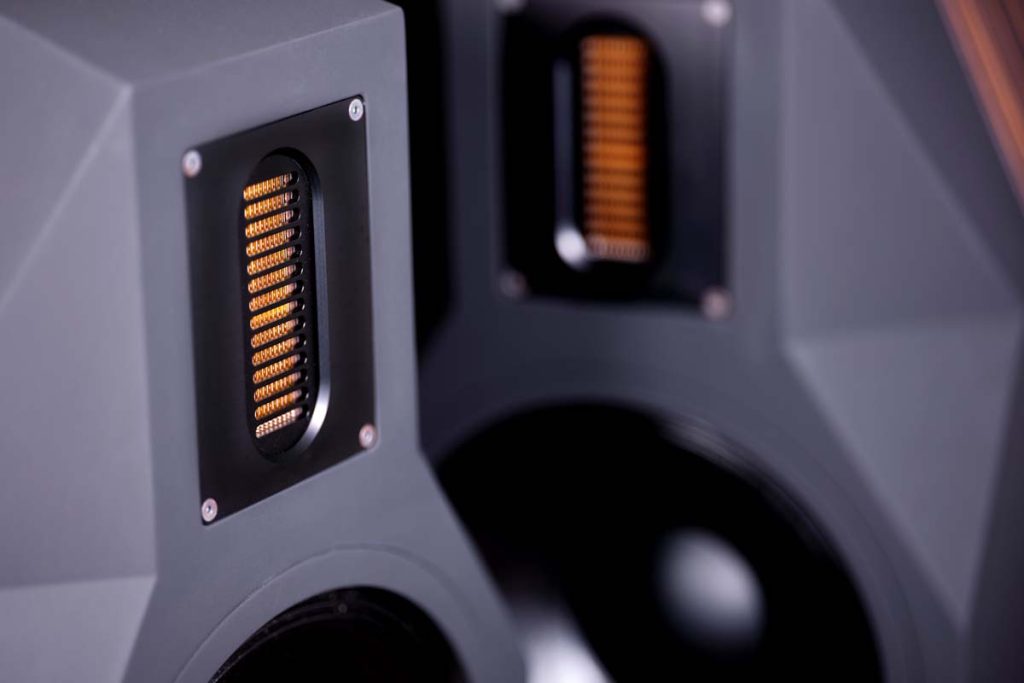 The specifications for the FinkTeam Borg included crucial features that took a lot of time and effort to implement. For one thing, the speaker needed to have a substantial bass. It also needed to avoid extraneous emissions bundling, which made a relatively low crossover frequency necessary. Then the connected amplifiers shouldn’t be confronted with an overly complex load so regular tube amps could be used. And lastly, the ongoing subject of undesirable loudspeaker resonance ought to be reexamined from ground up: An existing concept would not drive the development approach for the FinkTeamBorg here; no, the developers intended to wipe the slate clean and question everything that had gone before. For the housing, they used a multi­layered sandwich design comprising medium-density fiberboard (MDF) and insulating material that absorbs vibrations and converts them to heat. The limited number of parallel walls reduces standing waves, and the numerous bevels lend additional stability to the already robust design. Toward the end of the development process, laser interferometry was employed to detect any remaining vibrations in the construction while the speaker was being driven. Detected weaknesses were alleviated by partially altering the construction in order to restrict distortion of the useful signal to the greatest extent possible. Fink and his colleagues have been particularly keen on eliminating peaks in vibration, regarded as especially harmful. Incidentally, this was a view shared long ago by the BBC’s development engineers. They therefore designed partially stiffened soft housing so vibrations were disseminated as broadly as possible, perhaps permitting a light coloration in the music, but preventing any peaks at all. 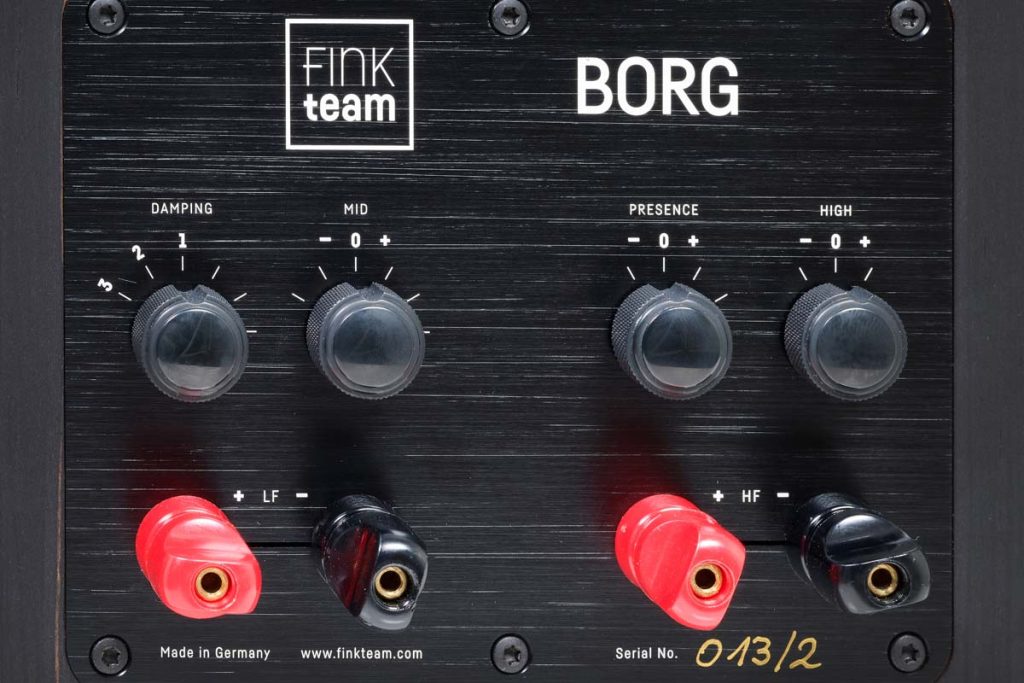 Fink and his team put a lot of work into the design of the bass reflex tube. Part of the Helmholtz resonator, it’s meant to exploit the sound enclosed in the housing. But because it tends to take on the frequency of its own length, it can develop a life of its own and intrude into the higher midrange rather than remain at the desired bass level. Fink’s solution is as simple and it is ingenious: He splits the tube into two segments with different lengths and uses insulating material to fill the small gap between them. This doesn’t interfere with the low frequencies because they “ignore” the interruption in the tube. The mid­range, however, “stumbles” into it and separates into two considerably higher resonance frequencies that both lie outside the problematic area and are much easier to combat.

The drivers were also specially designed for the speaker, and the tweeter is based on an Air Motion Transformer (AMT) supplied by Mundorf. Over the course of their long collaboration, Rainer Mundorf and Fink have become good friends, and Mundorf delivers AMT components for the Borg. The FinkTeam then modifies them so the driver can deal with the targeted crossover frequency of 1600 hertz with as little distortion as possible. The bass-midrange driver has, however, been designed entirely in-house with specified components manufactured externally and final assembly taking place at the FinkTeam facility. Fink’s favorite ingredients — such as a light as well as stiff diaphragm, an extremely robust basket, and a particularly large-diameter voice coil — are supplemented in this driver by an unusual feature the developers in Essen hold in very high regard: a slightly oversized magnet, which FinkTeam has compensated for by using a series-connected resistor to curb the drive. After conducting exhaustive listening tests, the developers concluded that a large, curbed magnet would always produce a better sound than a correctly dimensioned but unadapted magnet. 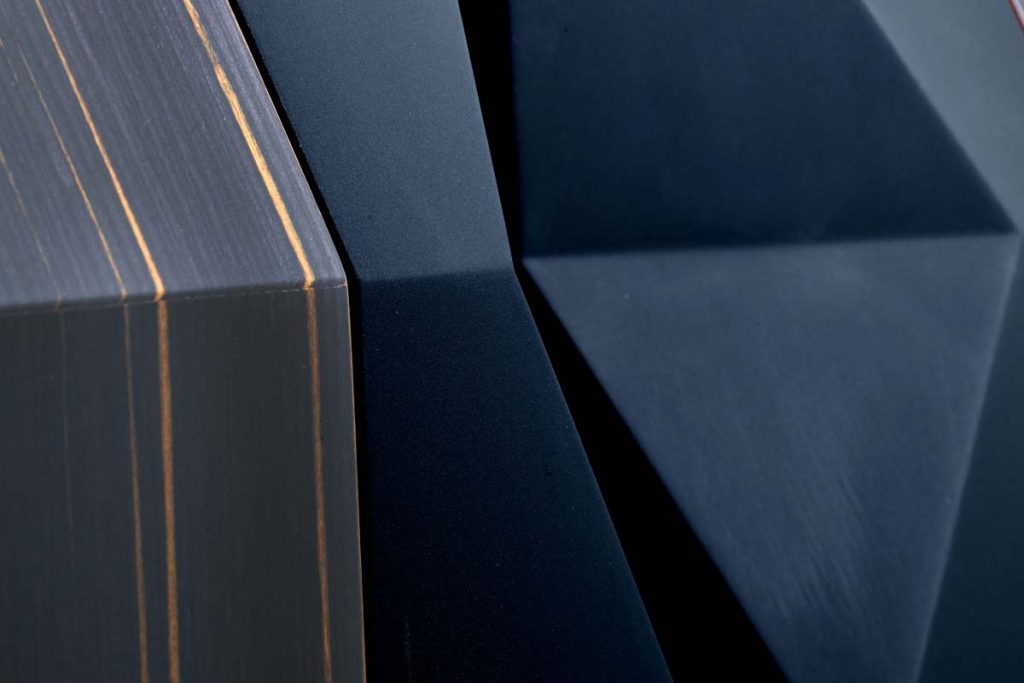 The crossover, a sophisticated Linkwitz-Riley fourth-order unit, is similarly complex. It features a slight time delay to slow down the fast Air Motion Transformer so it is in line with the naturally slower bass-midrange unit. The speaker offers a number of fine-tuning options above the terminals so listeners can also enjoy the FinkTeam Borg when conditions are less than ideal: The control labeled Damping adds small amounts of resistance to help amplifiers with low damping factors. Owners of powerful transistor amps can leave the knob at zero for no adaption. The control dubbed Mid operates within the range of 500 and 2,000 hertz. Maximum adjustments of plus or minus 0.5 decibel enables listeners to position the virtual stage closer to or farther away to satisfy their individual preferences and expectations. The Borg’s Presence control function lets users adapt for the characteristics of connected devices. The range of between 1 and 5 kilohertz is ideal for making a system sound softer or brighter. Overdamped or underdamped rooms can be corrected with a shelving filter above 3 kilohertz.

This extensive, complex description naturally begs the question of whether it’s all worthwhile. Is the FinkTeam Borg really as outstanding as it might seem? The short answer is “yes.” I have seldom experienced a speaker that makes such an astonishing impression. My ears had become so accustomed to the Borg’s natural, laid-back sound
that I couldn’t get it out of my head even after my time with the speaker had come to an end. 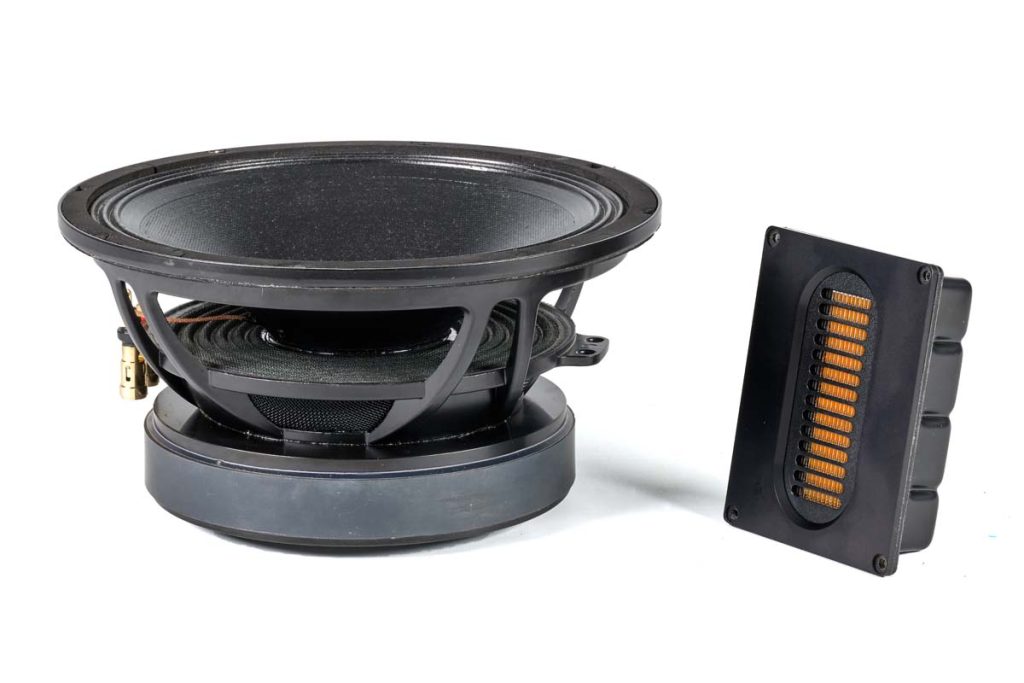 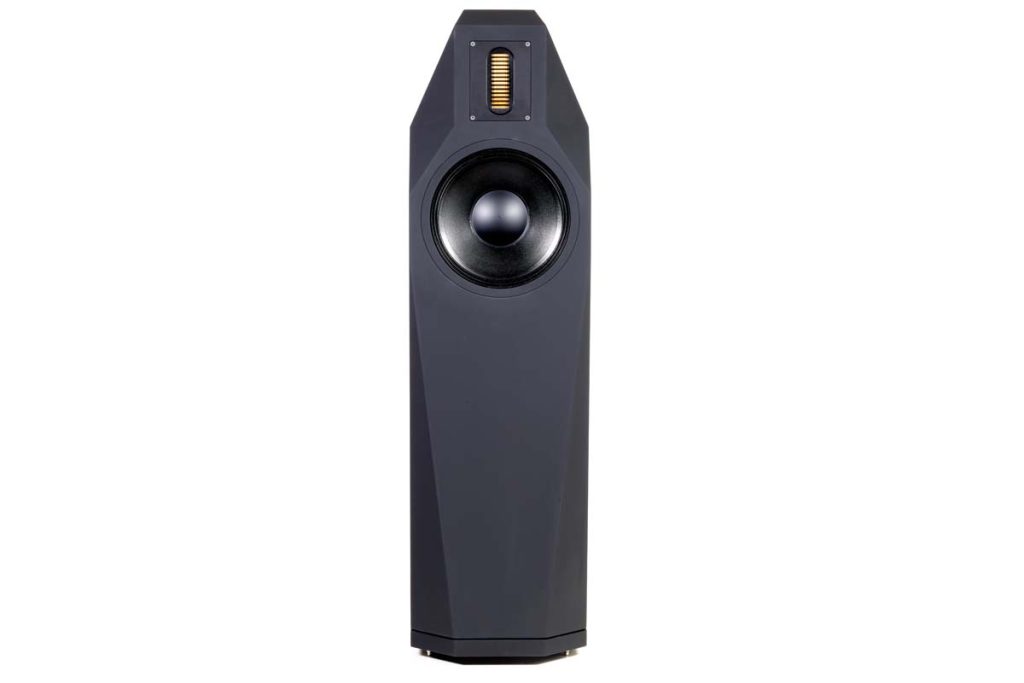 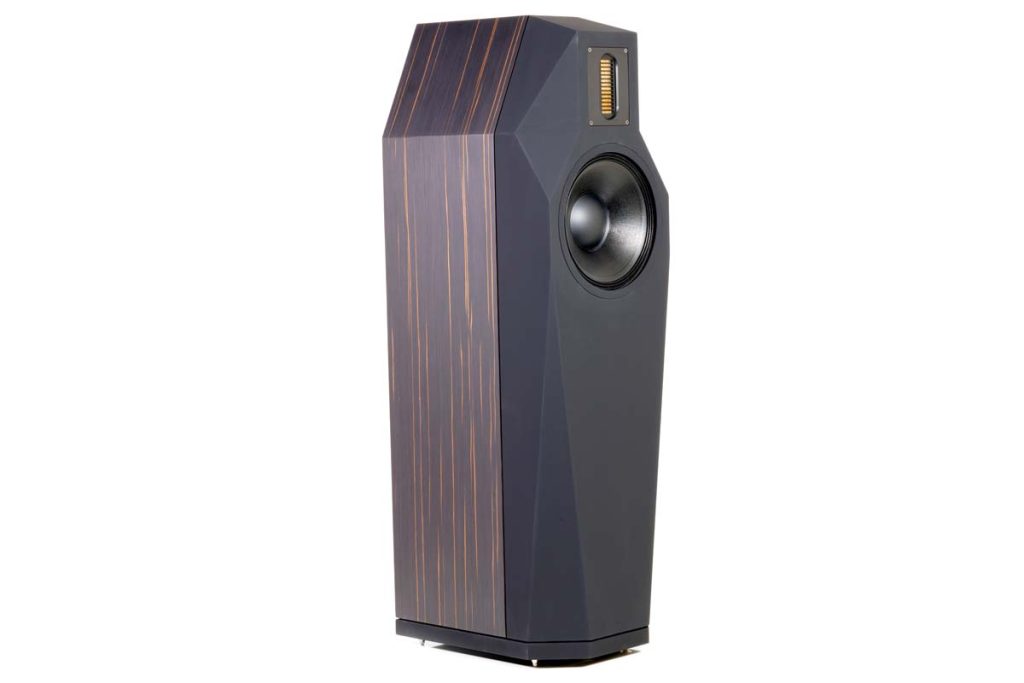 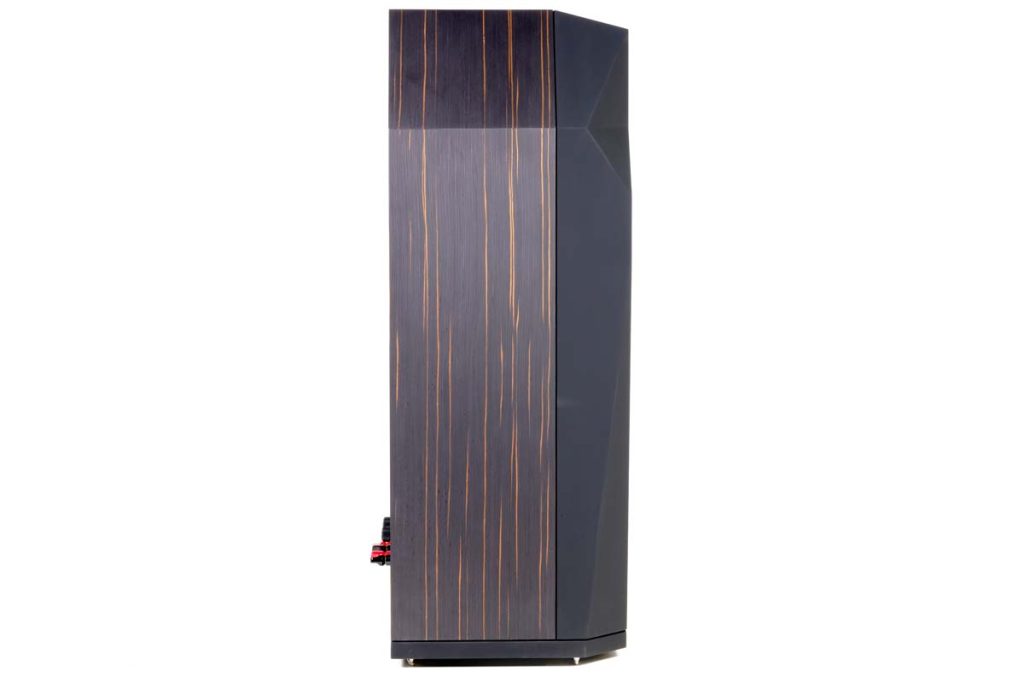 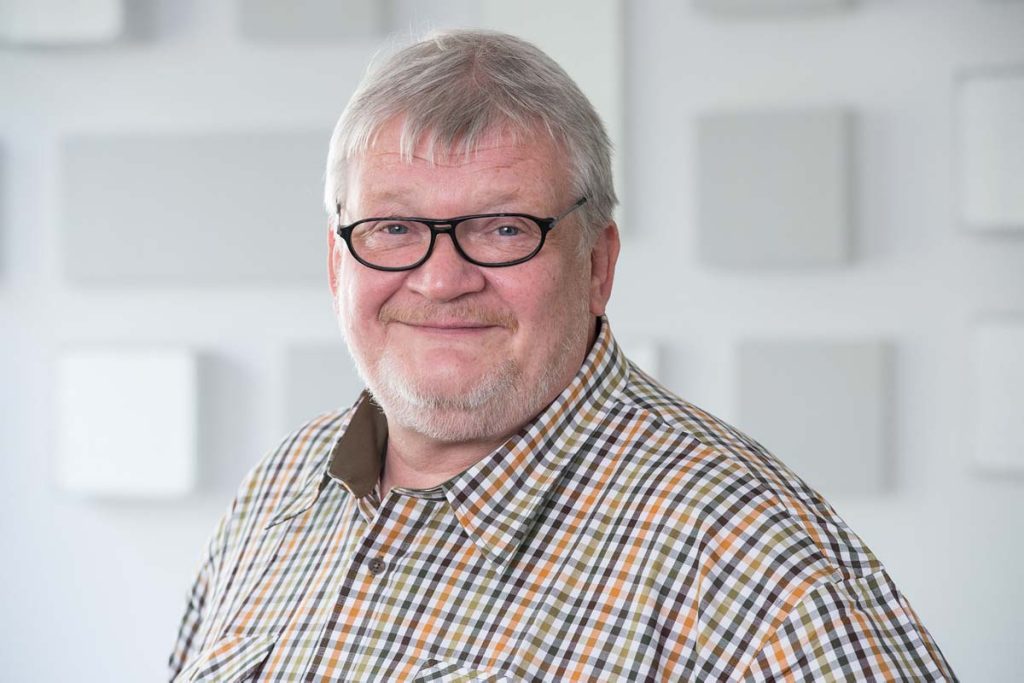 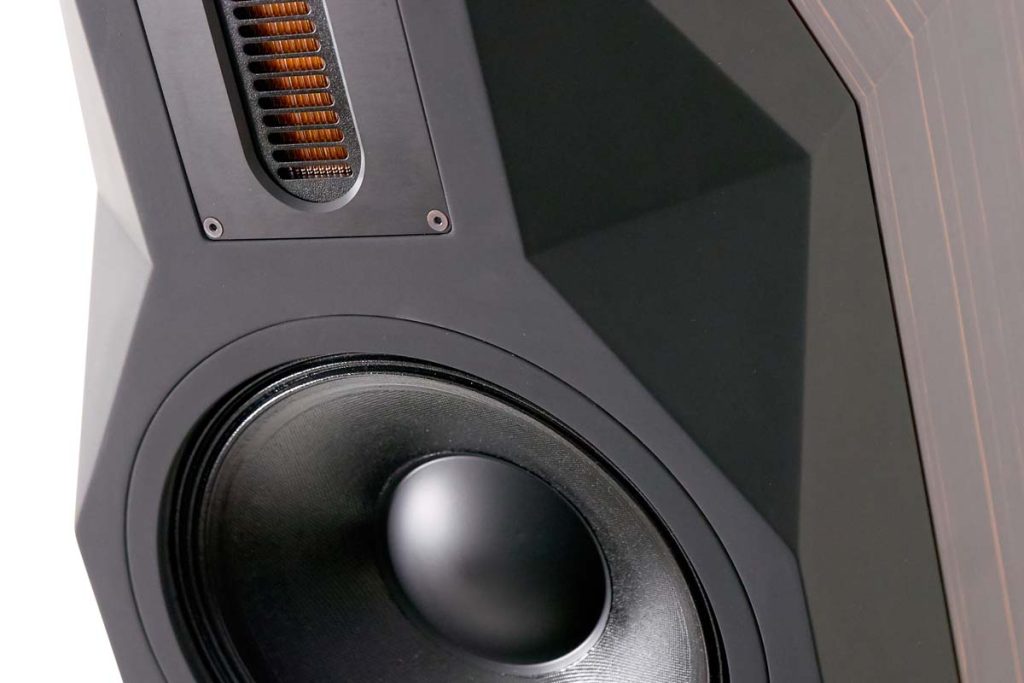 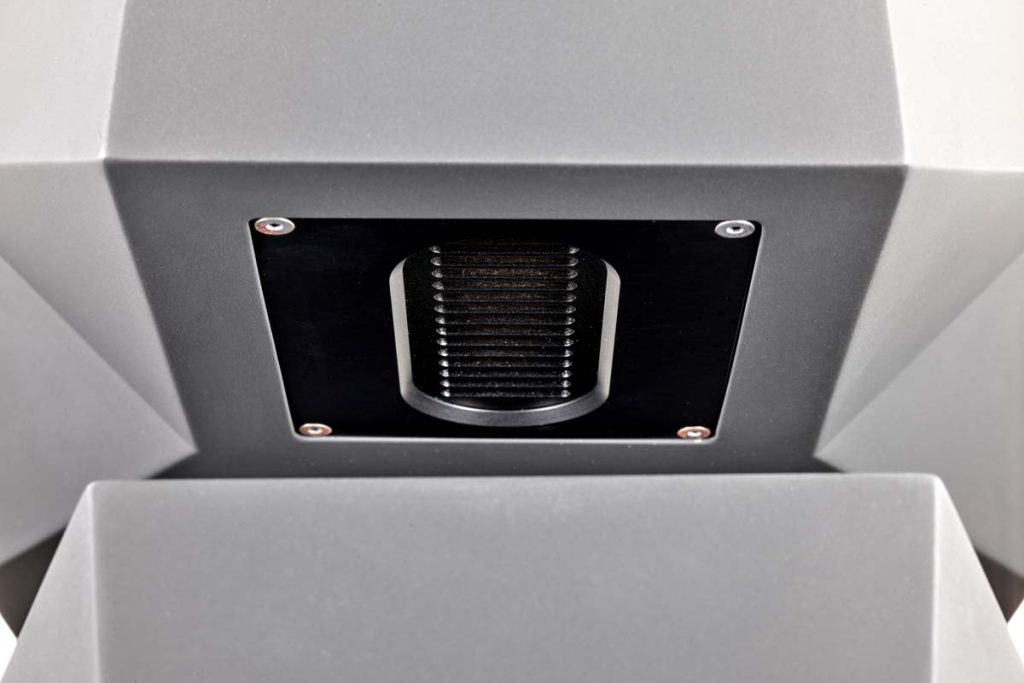 Actually describing the sound produced by the FinkTeam Borg is difficult. In fact, it’s easier to say what you can’t hear: interference. You’re probably familiar with quality two-way speakers that are as good as any massive multiway model in their ability to perform naturally and unpretentiously and to provide music that sounds authentic and unadulterated by technology. This is the fascinating quality of every good BBC derivative. Combine these positive attributes with the wealth of detail, low resonance, and deep three-dimensionality of an excellent three-way speaker in your mind’s eye and you will have some idea of what the Borg is capable of.

Carsten Barnbeck and I sat down together in the magazine’s listening room for our first test session, an exciting moment full of expectation. We started off with Beethoven’s Grande Sonate Pathétique (András Schiff, ECM). Because of its fast, almost glissando-like runs through the crossover frequencies, this wonderful sonata is a real test for any speaker. But before I could start to assess these particular aspects, Carsten and I began to talk about the acoustics in the concert hall where it was recorded (Zürich’s Tonhalle), the apparent microphone positions, Schiff’s pedal technique, and similar types of music. And this exemplifies one of the Borg’s most outstanding characteristics: The speaker is able to retreat entirely into the background, placing the focus on the recording itself — with all its strengths and weaknesses. We heard a lot of both, particularly when we got to Ference Fricsay’s legendary recording of The Magic Flute (DGG). All problem areas were clearly distinguishable, ensuring the Borgs would become a firm favorite among professional sound engineers. At the same time, the music was projected into the room in such an authentic two-way manner that it was hard to escape its magical effect. Am I singing my praises for the FinkTeam Borg too loudly? No, not loudly enough! And I’ve already started saving my shekels.