Led Zeppelin II: the — pardon me for saying so — phattest album in rock music history by the greatest band on the planet.

In 1969 Led Zeppelin represented the pinnacle of rock music, the psychedelic wormhole, through which blues could slip into new, harder times. You can only aptly compare the first three (for my sake: four) LedZep albums with the stone tablets on which the Ten Commandments were written. They were suddenly there, nobody had expected them, and the suspicion remains that higher powers were involved. 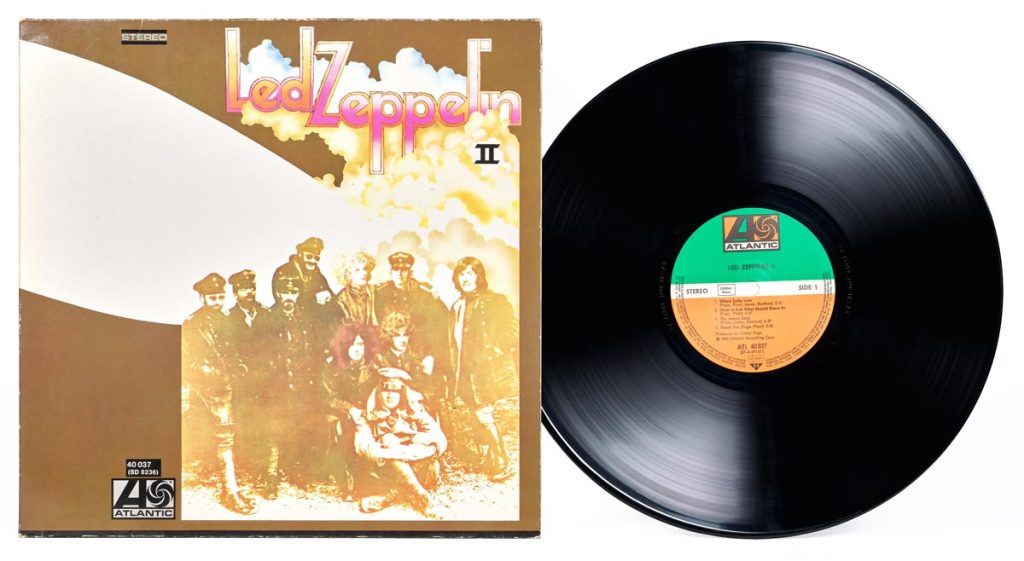 Robert Plant had the stage presence of an ancient god and Jimmy Page, the Paganini of the electric guitar, conjured up simple, mindless, loud, skewed riffs to last for eternity with such ease. To do so, he neither had to study musical scores by Bach, like the rock graduates from Deep Purple, nor court the favor of Satan, like the enfants terribles from Black Sabbath. Compared to Page, guitarists of his era were all egomaniacs (exception: Jimi Hendrix); he in contrast appeared modest, merely the vehicle for his instrument. Page took the legacy of his role models Muddy Waters, Sonny Boy Williamson, Howlin’ Wolf or Robert Johnson, fed it into his magical, space- and time-stretching wah-wah pedal and thus revealed the essence of blues. Cream, Stones, Faces and many others stole blues harmonies, Led Zeppelin in contrast robbed blues of its soul and inhaled it. The band was a mouthpiece of Delta blues. Basically the nine tracks are pieces of a jigsaw, which when pieced together yield a, no, the simple Mississippi mud-stained blues riff that subsumes all the others.

Led Zeppelin II was born while the band was touring, and was recorded and mixed in London, L.A., New York and Vancouver. The improvised ad-hoc way of working characterizes the album in several respects. It sounds feverish, bleary-eyed, restless and uneasy, leaden and vibrantly overpowering, repetitive and inflammatory. Regardless of the generous use of effects, this production remains raw, arrangements seem more pounding than polished and it once again demonstrates that perfect rock albums are seldom created in ideal circumstances.

But audiophiles also regard II as an ambivalent concoction. In a state of insomnia Led Zeppelin have ripped the lid off Pandora’s Box as if it contained salted peanuts. Dynamic range compression was exhaustively maxed out without any qualms. The airship is ablaze as it falls scorching from the sky. With that said, it’s surprising when “Whole Lotta Love” is played during hi-fi demonstrations. It’s out of place there — the only correct response to that is to leave the room. We listen to Led Zeppelin II furtively. What is possibly the most important album in rock history and most certainly a valid hard rock manifesto as well as (satanic) heavy metal bible requires more responsible treatment.