The Subbase Audio Shambala Solo amp stand is exactly what your power amp needs to show what it can really do. 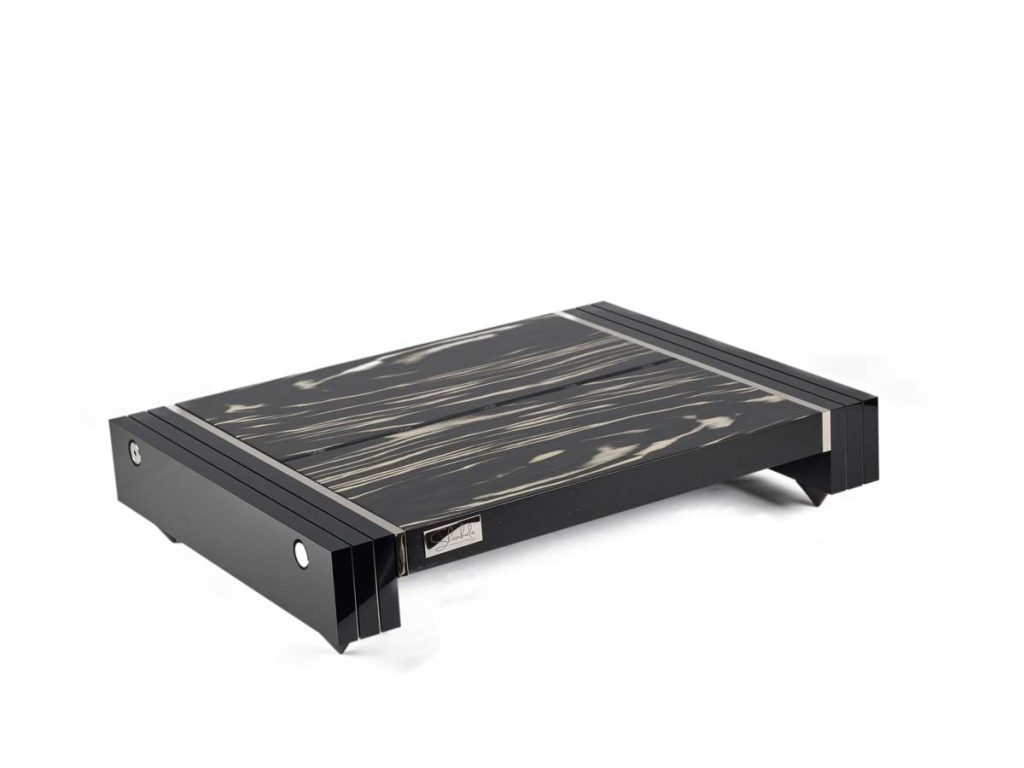 Seldom has an internal editorial discussion been wrapped up so quickly as when we had to choose the FIDELITY Award winner for best audio rack six months ago. Subbase Audio’s Shambala (FIDELITY magazine No. 23) has delivered the perfect combination of form and function, and there was simply no competition when it came to deciding on the award winner. But quite rightly you asked us: What will become of my weighty mono power amplifiers that are used to standing next to my loudspeakers? An issue that Thomas Schlipper, the mastermind behind Subbase Audio’s creations, definitely had the foresight to identify.

And this is why a similarly shaped Shambala is also available as a “solo” piece for individual devices — absolutely perfect for power amplifiers. Schlipper confidently states that the maximum load-bearing capacity of a Shambala Solo rack is “actually not defined,” which pretty much means: “It can also support a 120-kilo load without any problems.” I didn’t have any devices as heavy as that around. The Audia Flight Strumento No. 4 was the heaviest thing in the editorial listening room at the time, weighing in at 90 kilos. The Shambala Solo shouldered the weight of the Italian power amplifier with impressive ease, not emitting the slightest creak under the load. It truly inspired confidence. 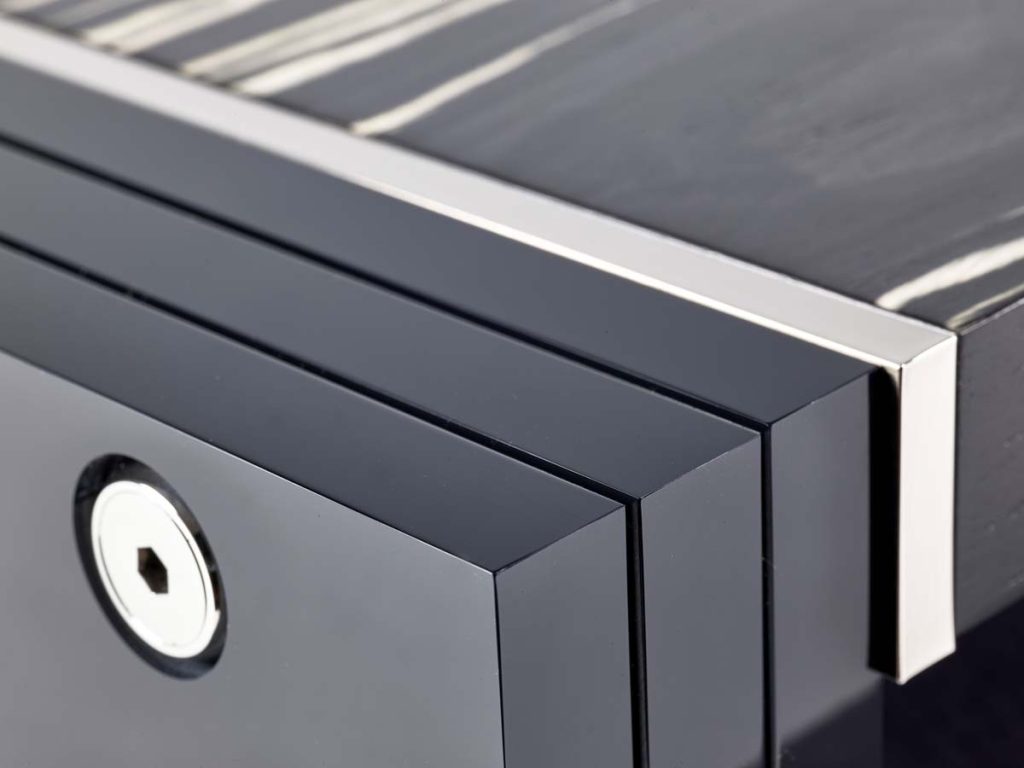 The load-bearing surfaces of the Shambala Solo comprise multiplex boards held at the sides by a sandwich of aluminum and black acrylic. The underside features threaded sockets for attaching fine-wood cones. From above you can marvel at the original veneer, which is separated by an inlay made of black anodized aluminum (as was the case with our test model) or polished stainless steel. The choice of materials (even when choosing each component for its specific properties) and the exquisite workmanship ensure that Subbase Audio’s racks look fantastic while presumably also pushing up the price a little. Yet the key that unlocks the secret behind the acoustic merits of Schlipper’s creations is not found there. In fact, the multiplex actually conceals it: The famous Subbase matrix lies embedded within the load-bearing components to ensure a harmonizing balance or, as Schlipper puts it, a “homogeneous resonance spectrum.”

Instead of channeling resonance away or simply damping it, the matrix processes it into a balanced state. This always results in an audible improvement, which is why we love Subbase Audio’s hi-fi furniture so much. Comparatively inexpensive Cayin CS-845M tube monos also immediately came across as more structured and, particularly in the treble, more transparent. However, the Shambala Solo was even more astounding when its load-bearing capacity was really pushed to the max. Along with its power supply and amplifier section, Canever Audio’s La Scala (test FIDELITY Magazine No. 40 p. 162) occupied both racks and sounded liberated, though admittedly it had already been playing out of its skin beforehand. Piano sections, sparkling and full of life, emerged from the Piega Coax 511 loudspeakers, and John Coltrane’s saxophone sent a pleasant shiver down my spine. It seemed as though the Shambala Solo could mysteriously respond to the specific characteristics of each and every device. While the Cayin monos actually sounded more open while also aligning themselves tonally, the La Scala demonstrated less of a specific and more of an all-around improvement. The stage reproduction was even more clearly arranged, the musical flow even more natural; and the unbelievable range of this power amplifier no longer seemed unimaginable but rather fully mapped. 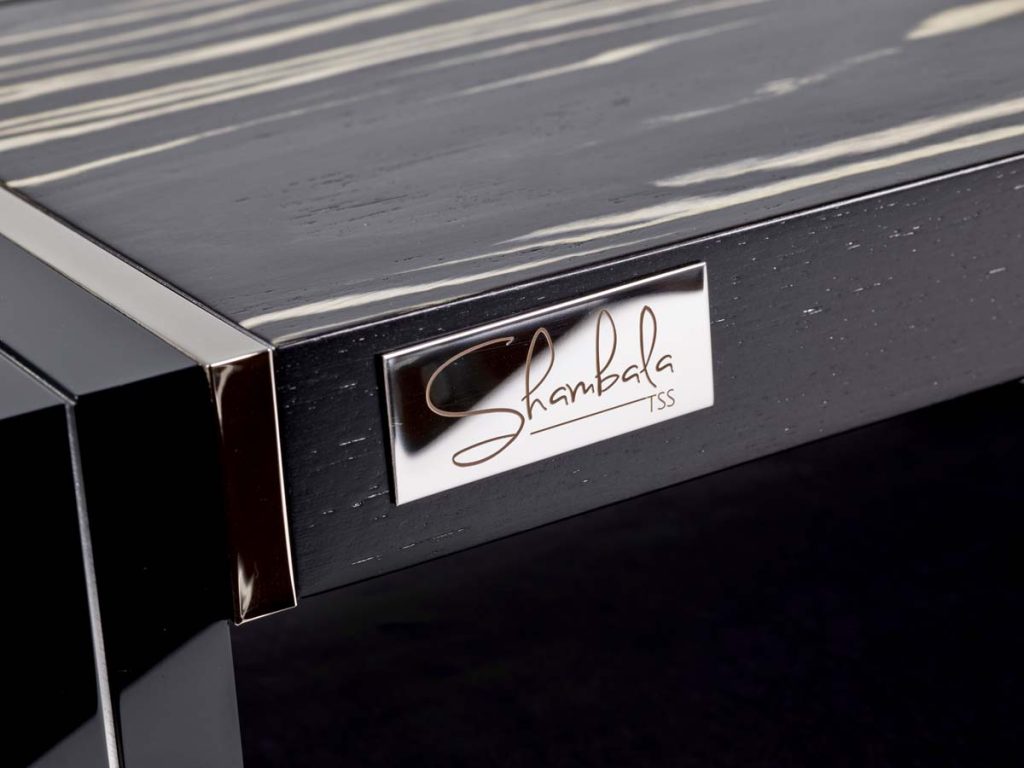 A very personal hi-fi highlight then transpired with the Audia Flight Strumento No. 4 stereo power amplifier, which had only recently arrived and at that point wasn’t the least warmed up. Just placed on the floor, the 90-kilo heavyweight already sounded like it was from another world. Power, elegance, emotion, and speed — the Audia Flight has it all and then some. But it would only truly reach its full potential on the Shambala Solo. The rack’s intervention or, better put, the rack’s protective effect was simultaneously subtle and extreme. The rack joined with the Strumento power amplifier like a complementary DNA strand and, to use some dramatic wording, brought it to life from just a mere existence. The greater the challenge, it seems, the more the Shambala Solo rises to meet it. 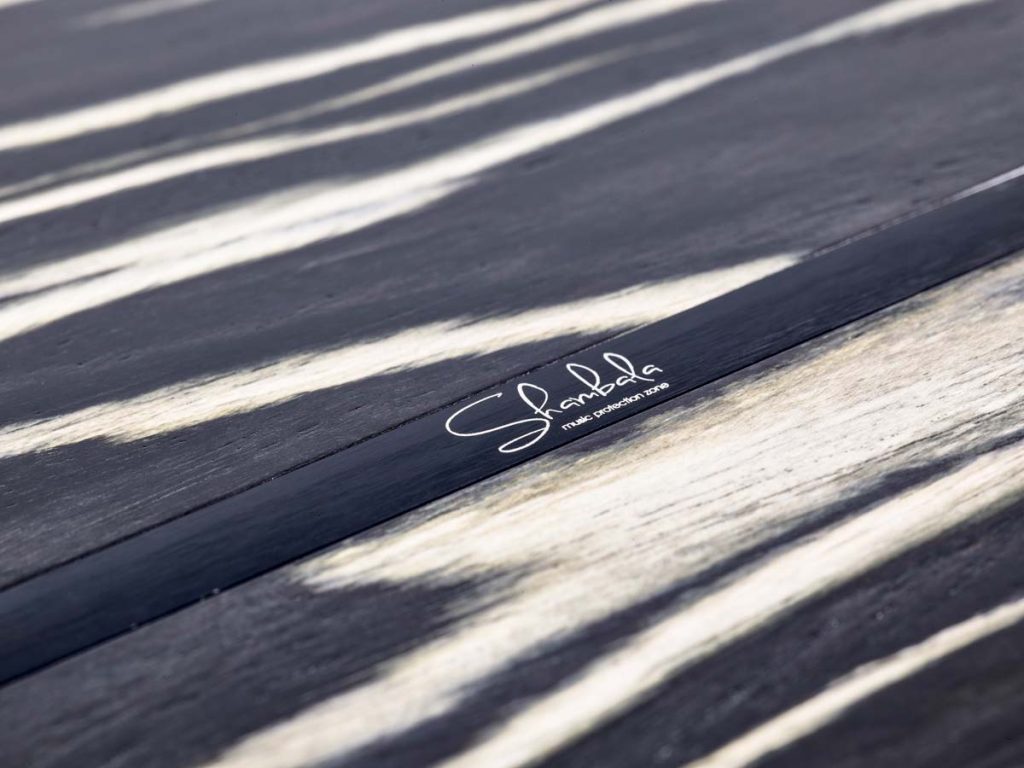