Sgt. Pepper’s Lonely Hearts Club Band came like a small earthquake. The Beatles turned a lot of standards from the late 1960s on their heads with this one.

It was fifty years ago today, Sgt. Pepper taught the band to play. They’ve been going in and out of style. But they’re guaranteed to raise a smile. So may I introduce to you the act you’ve known for all these years: Sgt. Pepper’s Lonely Hearts Club Band. 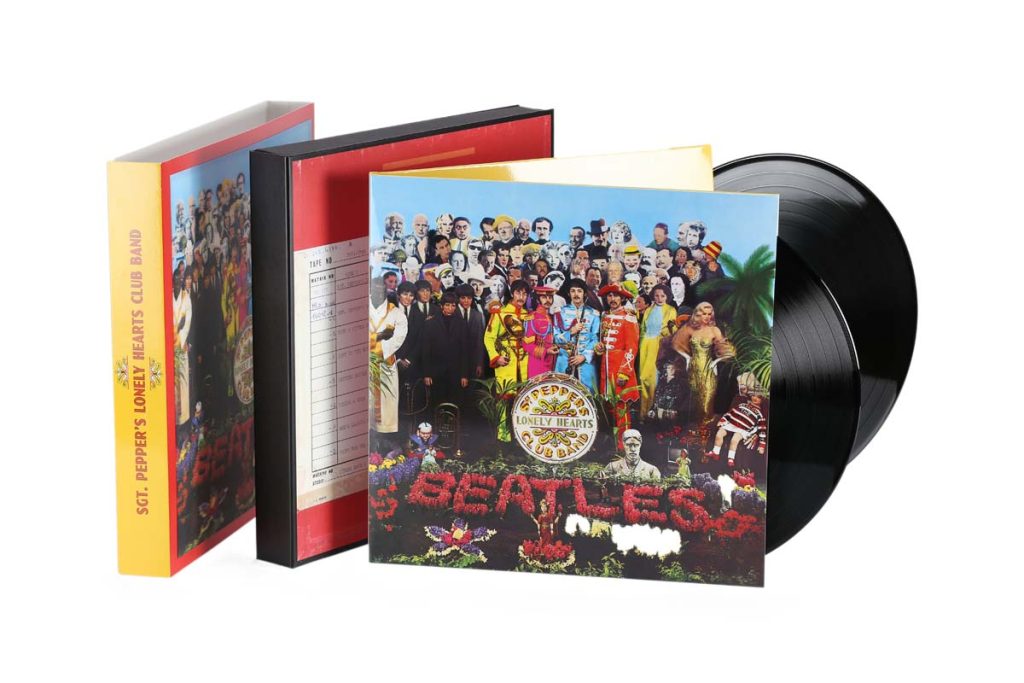 Did you spot it? I specifically changed one little part of these immortal lyrics. You see, it’s actually half a century since a British band bearing the name The Beatles recorded an album that changed pop music forever.

Sgt. Pepper’s Lonely Hearts Club Band came like a small earthquake. Okay, it may not have been the first conceptual album in pop history or the most consequential, but overall it turned a lot of standards from the late 1960s on their heads. The Beatles, at the height of their success and as bored and revolted by themselves as they were by the mechanics of the pop business, were looking to try something new. The fictitious “Sergeant Pepper” band in their brightly colored glistening costumes, which John, Paul, George, and Ringo visibly enjoyed wearing, allowed the group to explore new territory both in terms of content and music. It also gave them a chance to be cheeky and disrespectful, to brutally poke fun at the Beatles image they had long ago come to dislike, and to massively criticize the political events of an England that, back in 1967, had serious problems with its own national identity and the relationship between the nation and the country’s citizens. As a result, Sgt. Pepper’s Lonely Hearts Club Band was, among other things, an intelligent, critical analysis of society and the system packaged in superficially nice songs laced with lyrics carrying hidden meanings that were often bitingly vicious.

From a technical production point of view, the band was exploring new avenues and exper­imenting with different sounds, the likes of which the 60s had yet to experience. The last song on the album, “A Day In The Life,” is an audio drama and listening to it is much like taking a ride on a musical roller-coaster — confusing, thrilling, and extremely unusual. And now is a fitting time to celebrate that it’s been 50 years since this exceptional record was produced. With the Super Deluxe Anniversary Edition of the album, which contains six silver disks, an opulently designed accompanying book, and posters, EMI is doing precisely that. The case is designed to look like the studio master-tape box, and the protective sleeve features a 3D hologram version of the original album cover.

What FIDELITY readers are most likely interested in hearing, however, is that the stereo mix remastered by Giles Martin, the son of then Beatles producer George Martin, sounds spectacularly good even on the silver disk. Sgt. Pepper’s Lonely Hearts Club Band has never sounded so acoustically transparent, present, or tonally balanced as it does now. Anyone who’s not familiar with the album or entering the colorful psychedelic world of the Sergeant for the first time would definitely not think they’re listening to a 50-year-old recording. What’s more, the creators of the anniversary box have approached the project with the integrity of skilled historians: The album not only exists in the stereo mix created at the time by George Martin and his production team — more or less without the involvement of the four “MopTops” — but also in the mono version authorized by The Beatles, although a few flaws from previous remastering work have now been ironed out in the stereo version. The mono version nevertheless sounds different here and there, and you could spend whole days comparing them one to one. Single releases and demo tracks have also been included with the Super Deluxe Anniversary Box. 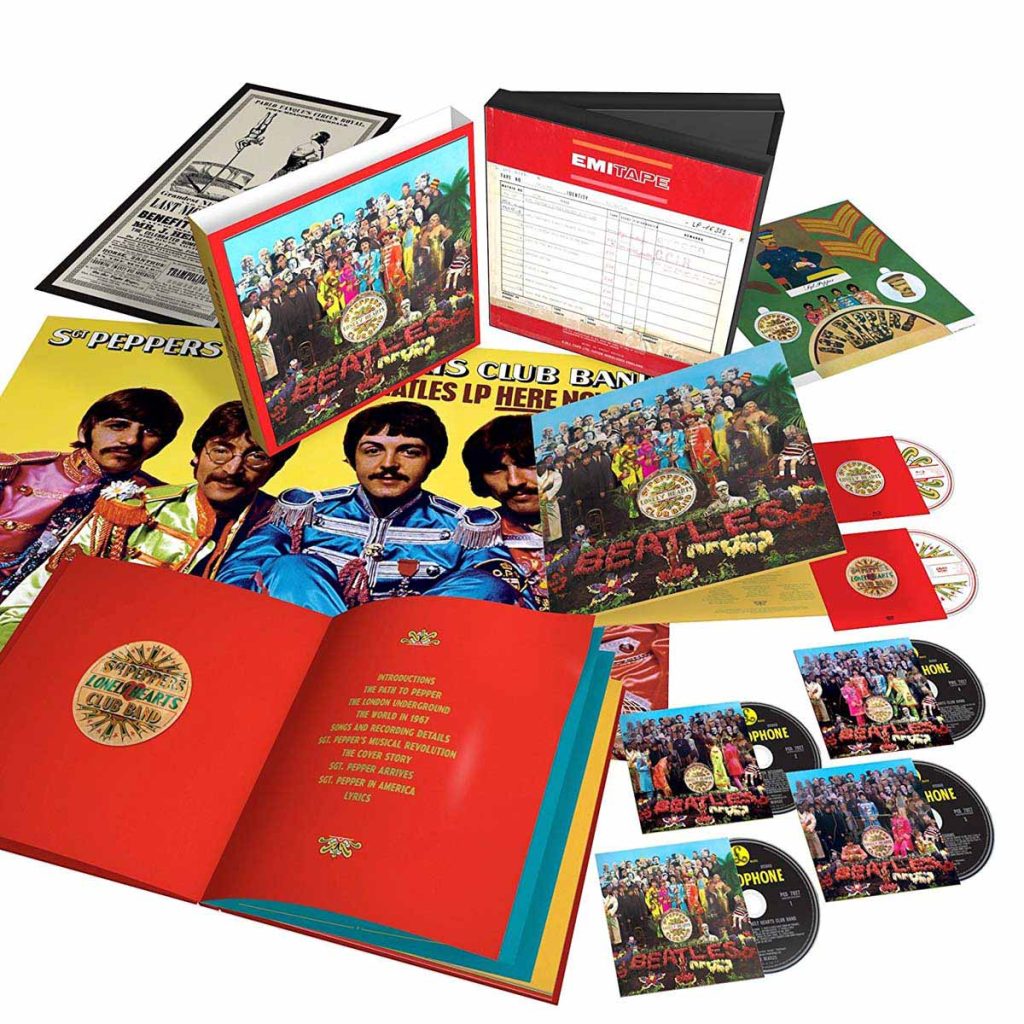 There’s even a DVD and a Blu-ray with a 5.1 surround audio mix of the stereo remaster in LP format included in the box … This won’t leave any Beatles fans completely satisfied, though, as they’ll have to purchase an LP version of the anniversary edition separately. In the quest for the ultimate album sound you can’t rule out the vinyl version, however; after all, it has a (crucial) tad more tonal homogeneity, three dimensionality (created by the mixing console), and unconditional coherence that turns a “merely” brilliant edition into an audiophile edition. The vinyl outdoes the CD by a hair’s breadth, and so it has to be the vinyl.

Anyone interested in getting their hands on these collector’s items will have to be quick as at the time that this went to press some of the large online retailers were reporting the boxes had already sold out. The Beatles phenomenon long ago became immortal and the fan base is enormous …