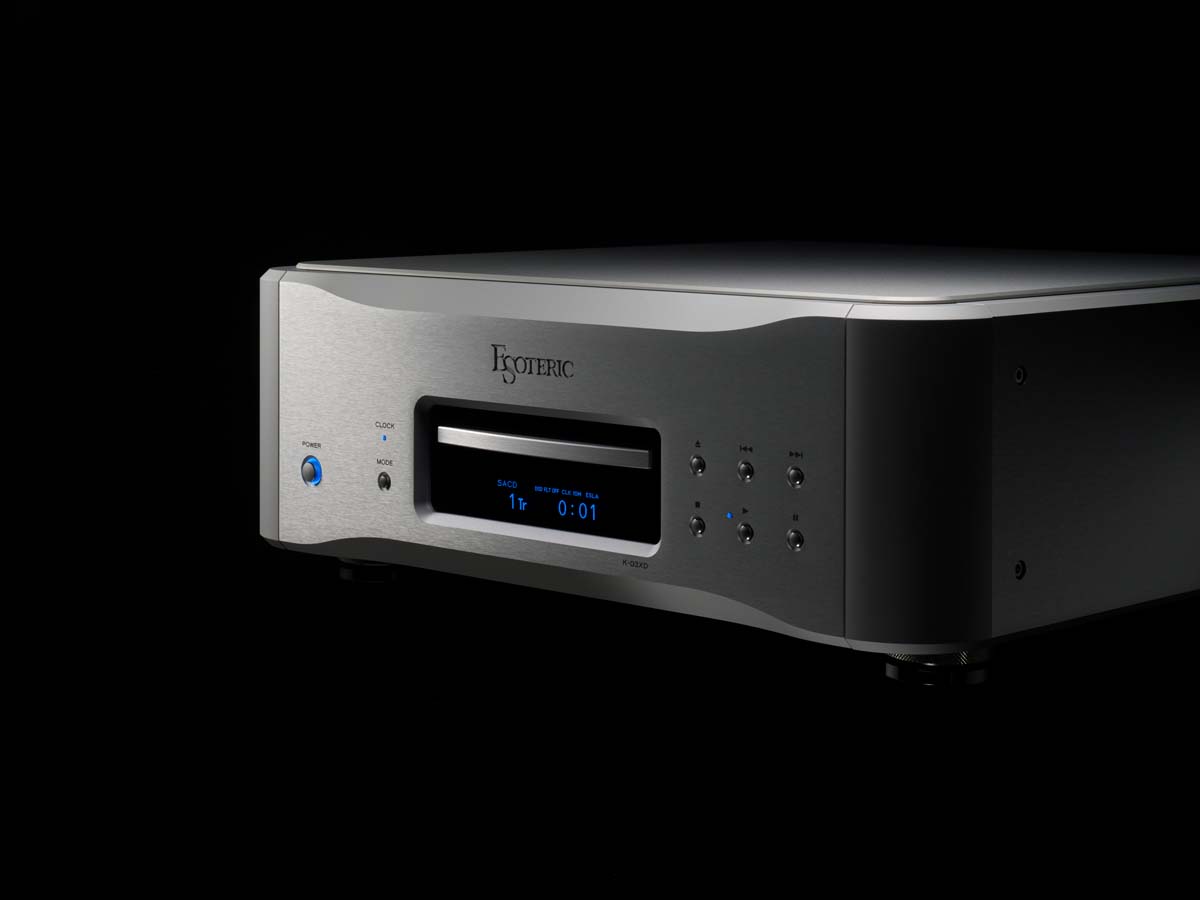 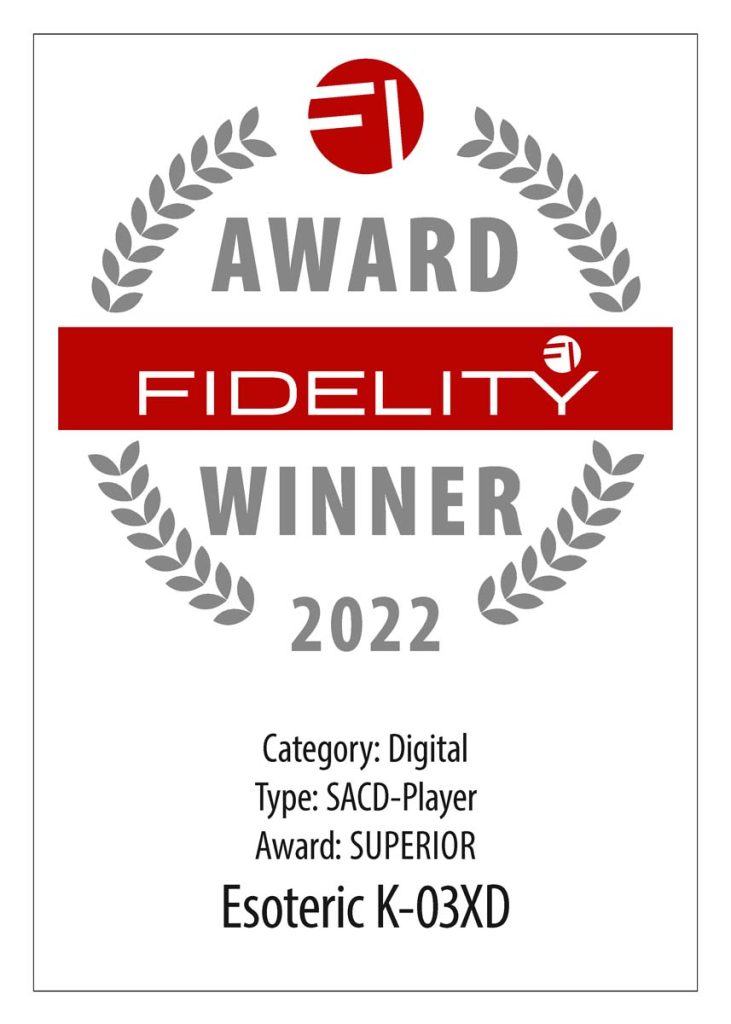 The smallest SACD player from the Japanese luxury manufacturer already weighs in at a whopping 28 kilograms, of which 13.5 kilograms alone are accounted for by the mighty, specially developed VRDS Atlas drive. 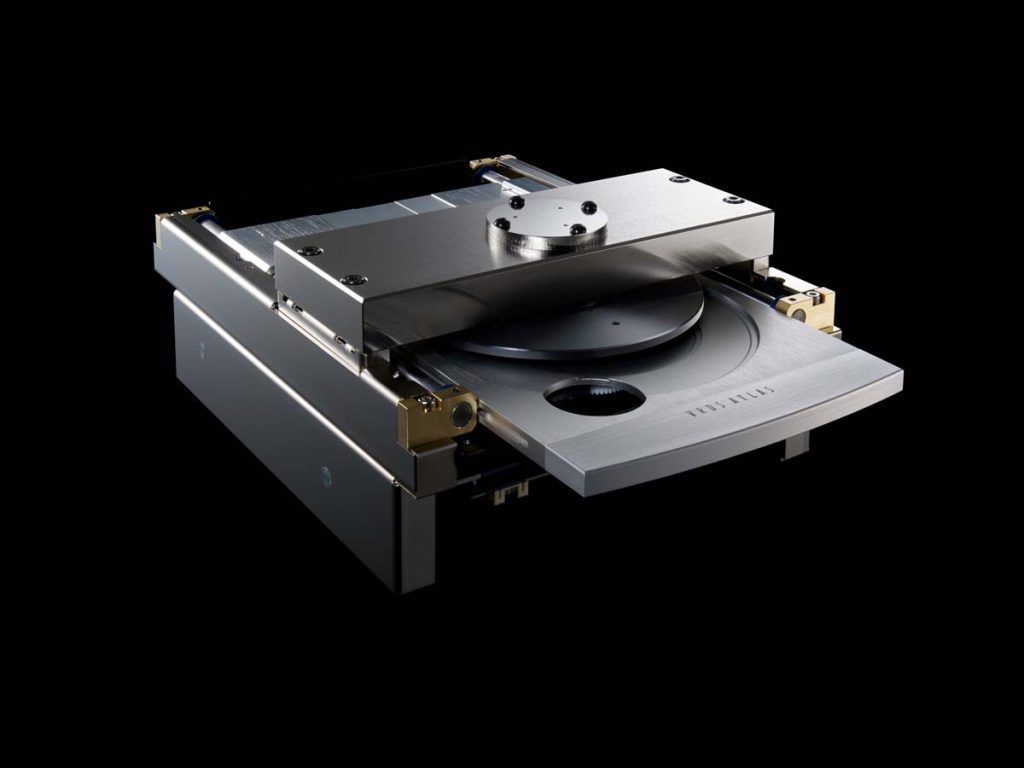 At a time when streaming seems to be displacing the physical medium, Esoteric makes an impressive statement: They obviously believe in the future of the silver disc as well as in the fact that the conversion of the data must be preceded by its absolutely error-free extraction from the physical carrier.

The massive construction provides unconditional silence and effectively protects the clocking reliability from external influences such as impact noise or minor earthquakes. However, just as much effort has been put into the subsequent conversion: The DAC section decodes not only PCM and DSD, but also MQA, and unlike its predecessor, it is not based on an IC, but on a Field Programmable Gate Array, which means it is discrete. Thus the K-03XD achieves an extremely open, three-dimensional reproduction. 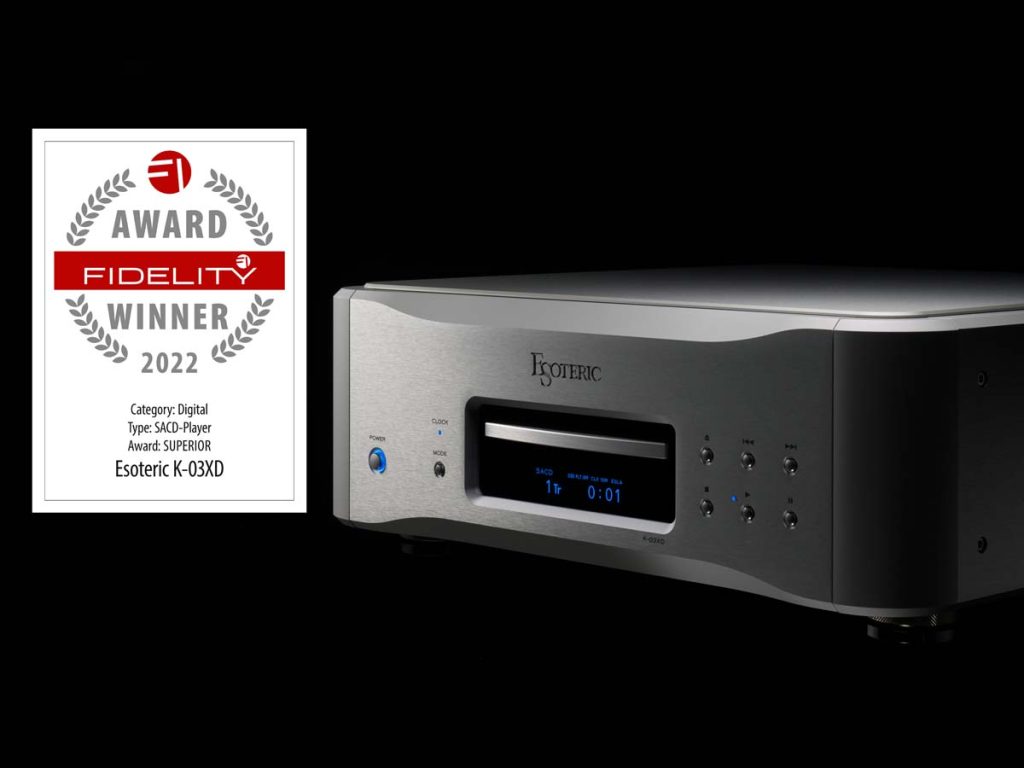