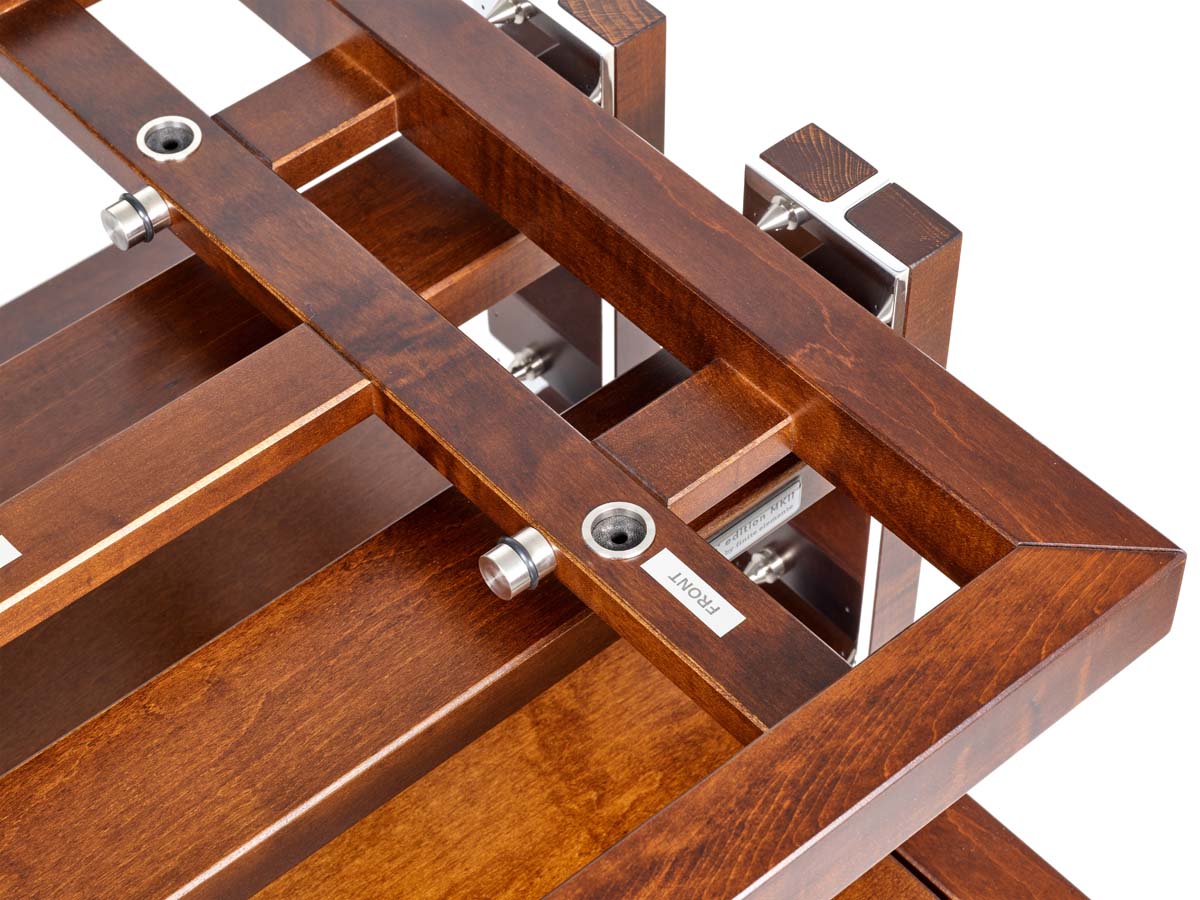 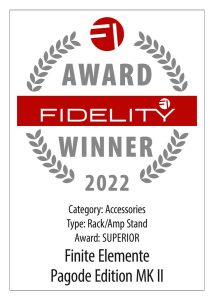 If you want to marvel at the state of the art in a hi-fi rack, the Finite Elemente Pagode Edition MK II is the place to go. The developers have pulled out all the stops to effectively prevent any hint of uncontrolled resonance.

The lowest level accommodates optionally one to three additional levels via four aluminum T-profiles, which are decoupled from the base structure via spikes. The shelves in turn rest on ceramic ball studs, which are held in metal shells on the support frame of the shelves. 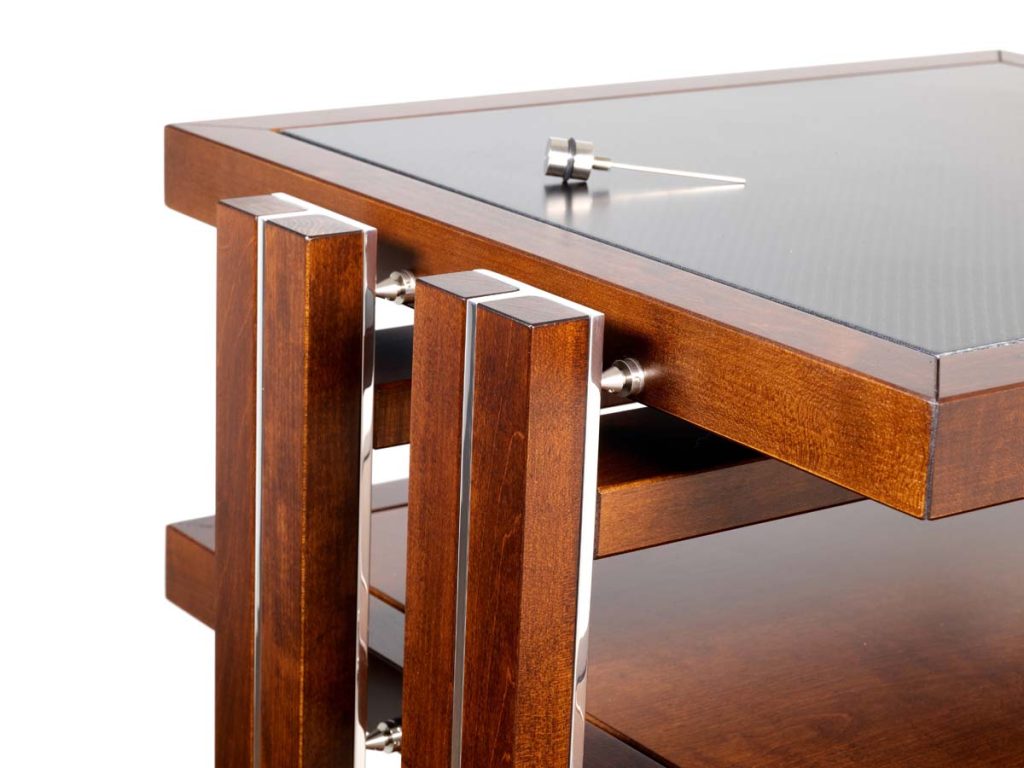 As if that were not enough effort, the frames feature four special resonators on the inside tuned to different frequencies specific for each level, thus eradicating even the last resonance remnants that might negatively impact the sound. The Pagode Edition MK II is a statement that demonstrates the supreme discipline in rack systems in absolute mastery: It completely removes itself from the action and lets the electronics do their actual work, cocooned off from any mechanical influences. 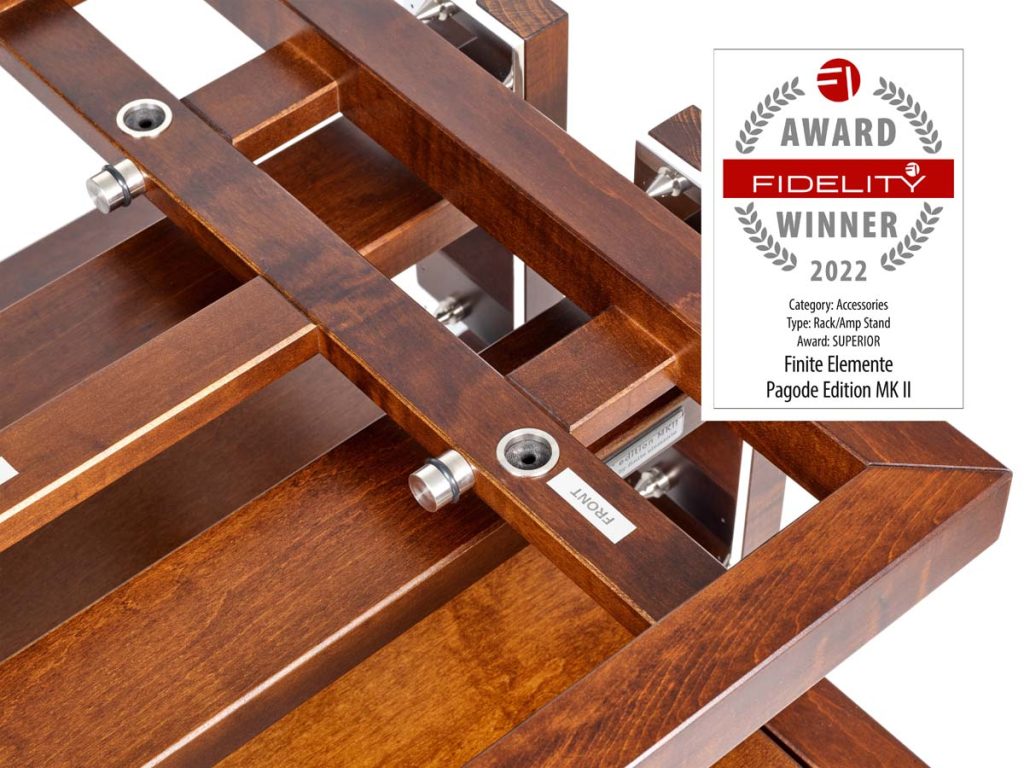